Strategy for creating this model in Blender from scratch

I'm quite new to Blender and decided to start by trying to model a fairly simple part from scratch, but it is proving to be much more challenging than I anticipated.

I modeled the part in Fusion 360 to illustrate the sort of thing I'm trying to create in Blender, but it's not intended to be used as an actual reference. Here is a picture of the Fusion 360 model along with the 2D sketch it was extruded from: 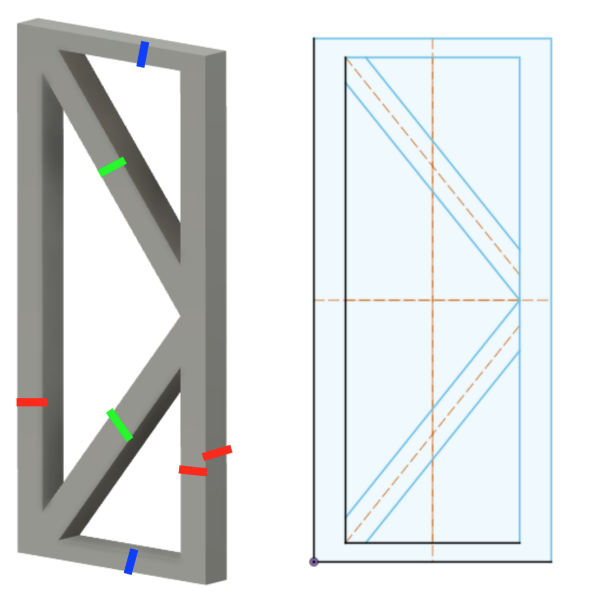 The idea is that the faces marked by each color should be the same width as the other faces of the same color. I don't necessarily care about the exact dimensions of things, so I was hoping to eyeball some of the features and then somehow match the other features to the eyeballed parts when modeling in Blender.

My attempt in Blender started with a cube that I scaled up on the Z axis and down on the Y axis to create the main slab. Then I created two loop cuts vertically and scaled them along the X axis to form the basis for the vertical pillars as shown here: 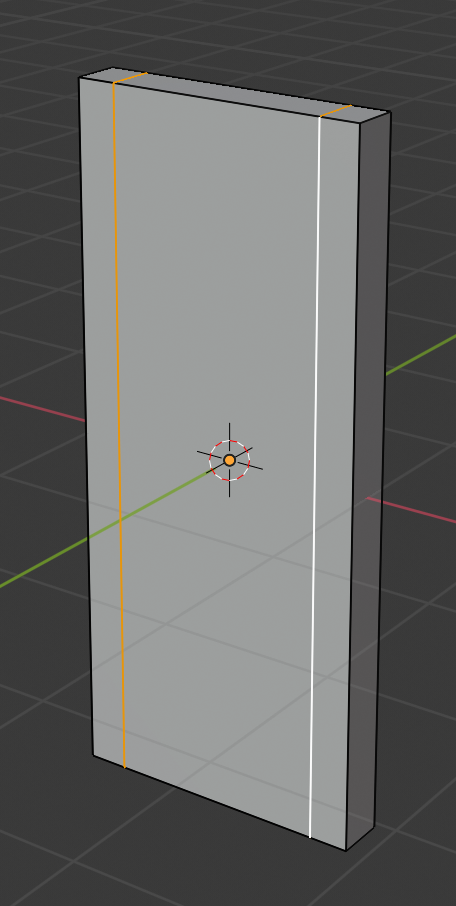 This is where the first problem occurs. How could I go about moving the loop cuts so that the distance from the outer edges match the thickness of the slab (preferably without having to make any exact measurements if possible)?

Once that is solved I think I could create two horizontal loop cuts scaled along the Z axis to form the horizontal beams along the top and bottom. This is where the second problem occurs. I'm not sure how to go about creating the inner diagonal beams. My first thought is that I would select the inner rectangular face on the front and back and then use the "Bridge Faces" command to cut a hole through the slab, but then I'm not sure how to form the diagonal beams from there. Alternatively, instead of cutting the hole first, I was thinking I could use the knife tool to create a diagonal edge, but then I'm unsure how I'd go about making two edges that are parallel and spaced similarly to the Fusion 360 sketch and then mirroring them to form the opposite diagonal beam.

Any tips on how to get past the above problems or even an entirely different approach would be greatly appreciated.

Like Jaco said, for something like this I would create the flat image in Illustrator and export as .svg. Then import that into blender and make it a mesh. Super simple and no need to spend time modelling it.

If you want to practise, I would make all the bars as separate objects then connect them all and merge. Might take some clean up afterwards but much easier than trying to work with loop cuts and extruding methods.

3
How to cut a hole in a subdivided mesh?
2
Making sure the faces are flat (for paper model)
0
Adding a reinforcing rib to STL model with blender
2
What is the best way to model this indent
2
How do I make spiraling loop cuts around a cylinder?
2
Mean crease vs loop cuts
0
Is there an "easy" way to repeat geo for this practice project?
3
Creating diagonal loop cuts in a cylinder?