Rendering and compositing shadows only with Cycles

I need a Cycles render of only shadows cast by objects. 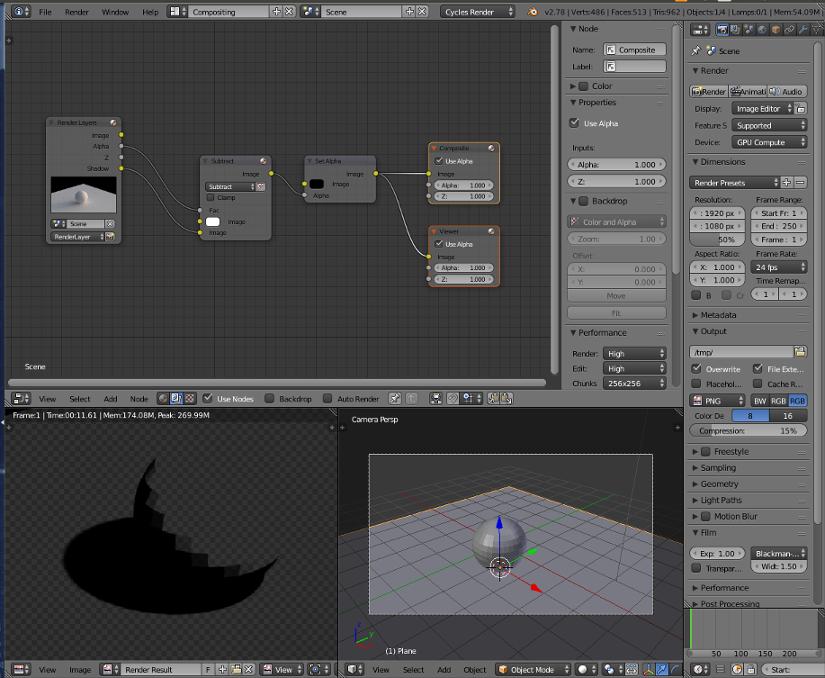 The compositor node setup shown in the screenshot works with a simple test scene in which light is provided by the World Background and the render layer delivers a shadow pass. The result is acceptable in the test- but in a scene with a lot of mesh geometry, the same setup delivers a completely black image. Is this caused by some limitation of computing capacity- can there be too much geometry in a scene, or can lighting be too complicated, for Cycles to deliver a separate shadow pass?

Select the object you want to use for shadow data, go to the Object Settings tab, scroll down and enable the Shadow Catcher. Then, if you want it to overlay it on another scene, make a second Render Layer and select the scenes you want to use by pressing shift+LMB. Go to compositing and add an Alpha Over node and two RenderLayer nodes. Plug the first layer's Alpha channel into the Alpha channel of the Alpha Over node, plug its color into the bottom socket and the second layer's color into the top color socket.

For a rendering with shadows only, I found this node setup useful: 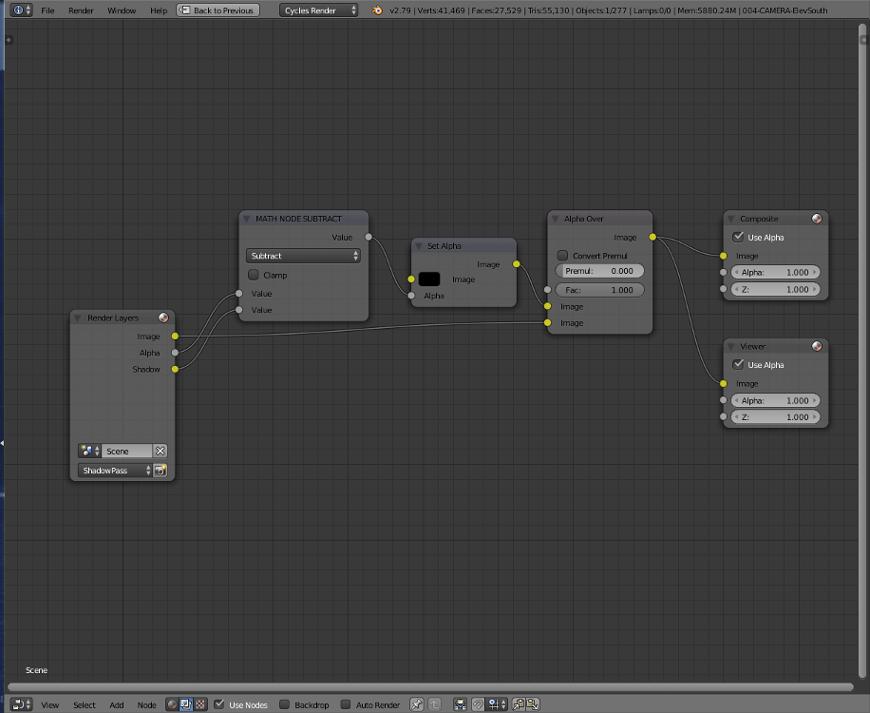 In the scene the objects both cast and receive shadows, so I copied all the objects onto a separate layer that is visible during the rendering but not active in the output of the rendering. Thus the rendering reproduces only objects with Shadow Catcher activated.

Not the answer you're looking for? Browse other questions tagged cycles-render-engine render-layers or ask your own question.

17
How to get silhouette with contour rendering in Cycles
2
Help with rendering shadows properly
7
How to make original full-pass image from separate passes?
0
One light for object shadow and another light for ground shadow
0
Eevee vs Cycles on tinted glass
1
cycles - different effects when order switched, even with opposite factor
1
Rendering a dark scene in Blender 2.8 Cycles + glass shader with lettering
0
Weird shading when using Cycles rendering