I have large panorama images (not necessarily a full circle of 360°) with let's say 23000x3600px and I want to include the image to the scene, bend it to a circle (or almost circle in case it is less than 360°) and fly around it in a short movie sequence.

The first problem I encountered is that such a large image can't be handeled correctly which seems to be a problem of RAM according to my research. This can be solved by reducing the enormous size of the images to something more suitable. But maybe I oversee something and there is still an option for very large images.

How to bend the planes with the images to something like a circle or sector of a circle? This should unwarp the panorama image roughly; it does not have to be exact.

I tried it with loop cut -> proportional editing -> circle. But the result is half of a circle at maximum. Is there an easy way to bend the plane? Using a cylinder and adding the texture has not worked on a first try, but maybe I have to experiment with this.

I have a map of a holiday trip and want to fly over it showing images alongside the visited cities. Some of the images are of normal format, some of panorama format. The latter should be processed as described.

How I use the Curve Modifier. I subdivided the plane using Cut and Slide with Ctrl+R. I created a NurbsPath cuverd the desired shape. So I used the Curve modifier. The plane just fits half the curve, then you shall move and scale de plane to envolve the entire curve as you wish. Good luck. 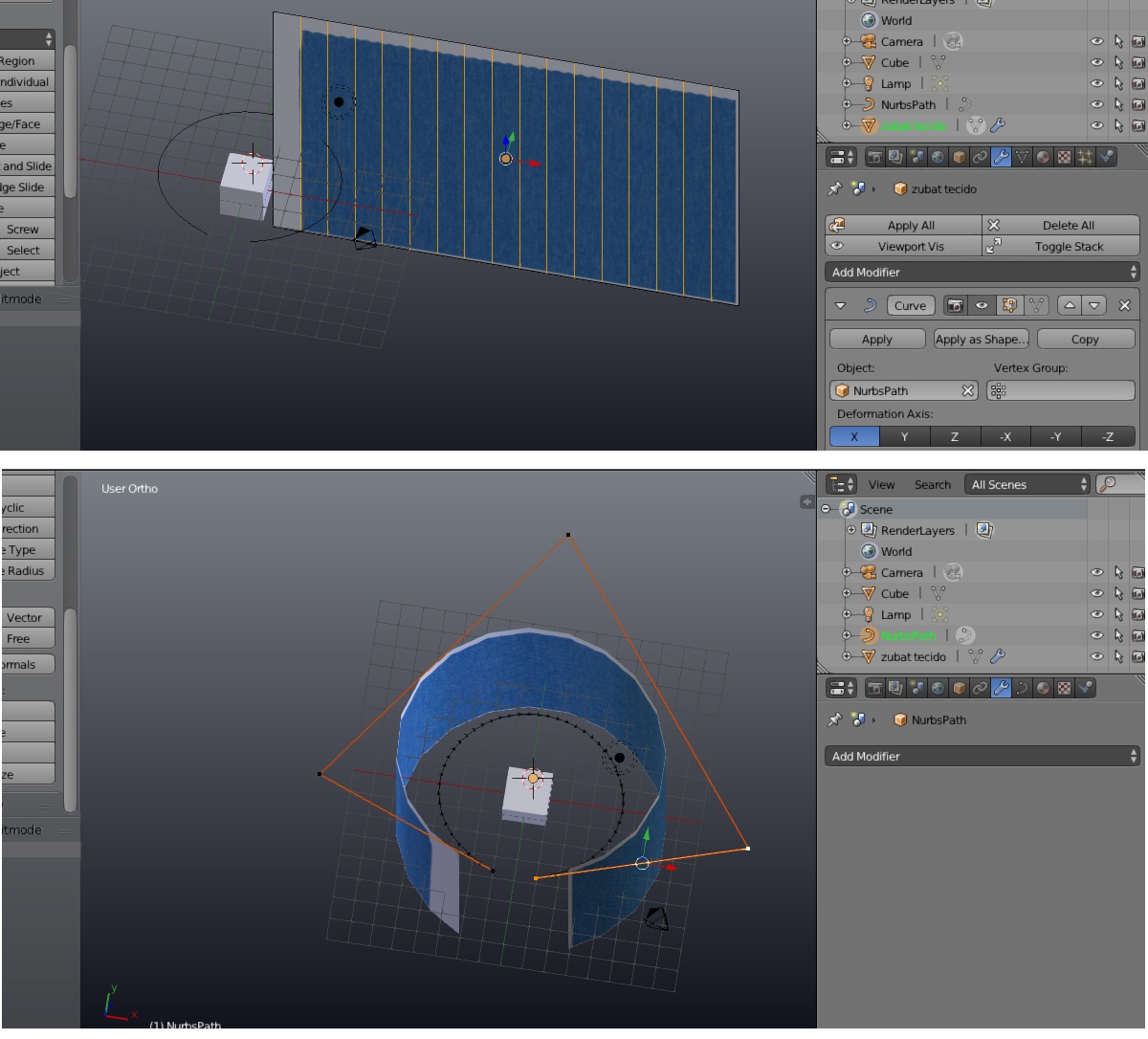 2
Creating a wave-like animation with plane/ image
1
Cropping a 2D image imported as plane
2
Distorted plane as image
0
Physics simulation and image plane
1
How to make fog with an image plane?
3
After importing image as plane the image is not shown, it is just a gray plane