Can mining rig be used for blender rendering?

I have seen some mining rig with 6 gpu in one motherboard, can you use that for rendering? 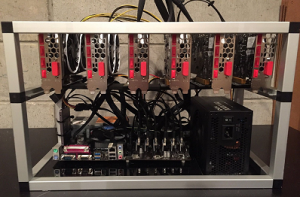 I went out and purchased a P106-90 video card for about $70. The card showed up properly on windows 10 and automatically installed the drivers.

And it cut renders down from

Which means I was able to cut my render times in half.

Additionally, searching the blender benchmark data shows benchmarks from users with the cards p106-90 and p106-100

Note: According to some sources, the eevee render only uses the first gpu, so its likely adding a second gpu won't increase the speed of previews. Only Cycles renderer is able to use multiple GPUs.

Also these cards can only be leveraged for blender, since nvidia blocks the ability to use these cards for video games.

If the GPUs supports either CUDA or OpenCL it will most likely work.

The below is from official Blender Documentation.

Can multiple GPUs be used for rendering?

Yes, go to User Preferences -> System -> Compute Device Panel, and configure it as you desire.

No, each GPU can only access its own memory.

Technically yes, however these gpus have custom firmware that prevent the cards from being used for anything besides mining.

People on the following forms have had mixed results using them for gaming.

This user in particular reports success using the cards with blender

They did have to reset blender to forget previous video cards that were used.

Additional users have reported mixed results depending on what graphics driver version they are using. Nvidia is actively trying to prevent people from using these cards so even if you do get it working, there is no guarantee that it will work after additional updates

Not the answer you're looking for? Browse other questions tagged rendering hardware or ask your own question.

0
Budget gaming PC as render farm?
1
Cycles GPU rendering is super slow with bigger image size
0
Rendering on CPU vs GPU how to enable CUDA and performance on older system
1
While rendering, after a few seconds my screen glitches out, then my computer BSOD's