Do blender GPU cycles rendering, need x16 or x8 pcie lanes? Riser cables enable 6 GPUs (depending on motherboard) because its using x1 pcie lane. Will it bottleneck or not because its doing only calculation not output. 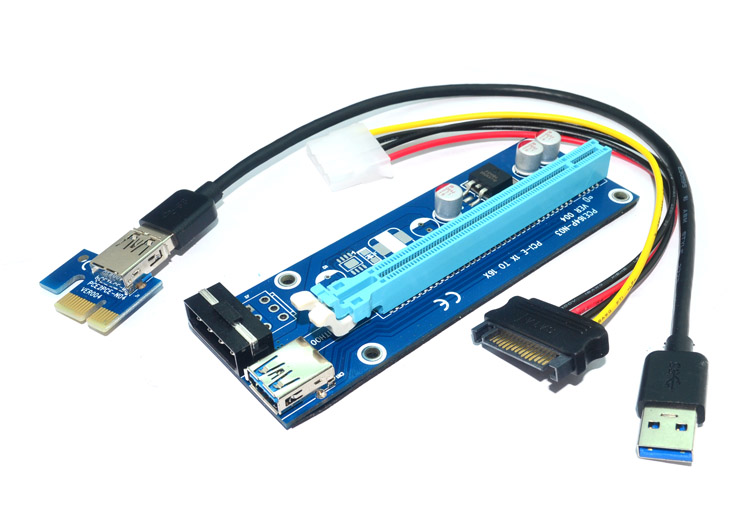 I was hoping someone had the answer to this question. My gut feeling is saying that it will work just fine rendering and blender through a 1x to 16x riser. I do think it will bottleneck just a little bit whenever it's sending the information to the GPU but I think it will be imperceptible for the most part. I have seen the GPU risers used in gaming and you do have a fairly significant drop in performance but I think that's due to what you said cuz there's two way communication that's constantly taking place. But with blender my understanding is blender Sims 2 textures and all that stuff and the mapping sing mapping to the GPU the cheap you calculate 2 and then sends the results back now granted it's doing that several times a second because it's doing in tiles and so forth but the two-way communication is nowhere near as rapid as it is in a gaming situation. Or at least that's my assumption. I do plan on trying that very thing out within the next couple months or so. My motherboard has 116 x lot and two 1X slots and I'm going to buy a 1x to 16x Riser and then hook my GTX 1060 to it and see what kind of drop of formats if there is a drop in performance there is. I'm going to bookmark this question and then come back and add more to it or leave another answer whenever I do this little test.

Processing power of the GPU's is more important than the transfer rate.

If you use a ton of polygons and huge textures it may be bigger,
but the real bottleneck is how long it takes to raytrace all the light paths.

So yeah, putting in as many GPU's as you can, may help speed things up.
I wanna say they tested this on Linus Tech Tips, but I don't recall the exact video.

This comes to mind, but it mighta been another one.
https://www.youtube.com/watch?v=ZM1vaHflxFE
I'll look more thoroughly when I have more time.

Edit: That goes into details about power consumption when you go down that route, so I'll leave it up, but there was another where he included Cinebench and Blender test results from a multi-GPU rig. The results were nearly instant with more cards in there.

I've seen so many of their vids, I can't recall the exact one. All those memories meld together after a while. It might'a been one of his gaming servers.

Here's a different YouTuber that made a box for a riser-cable setup.
https://www.youtube.com/watch?v=cep89FQrCow
He doesn't show results, but you might be able to just ask on his channel to do a comparison, with & without. I'd imagine he'd get a kick outta showing it off.

It should be fine as long as your scene fits in VRAM. Newer builds allow CUDA cards to use main memory when VRAM isn't sufficient, and the AMD drivers do something similar for OpenCL. In those cases, where your scene exceeds VRAM, PCIe bandwidth plays an important role and you should expect significant performance drops when going to PCIe 1x.

Not the answer you're looking for? Browse other questions tagged gpu hardware or ask your own question.

1
Can mining rig be used for blender rendering?