is there a node that outputs the distance value from the camera dof in cycles?

I'm trying to work out a node group that will take the distance value from the camera to color objects from that point forwards / backwards and i've been triying to find an output that will give me this value so i can use it.

You can use the Vector Transform node to convert from Object or World coordinates (depending on whether you're using 'Object'coordinates from the Texture Coordinates node or the Position from the Geometry node) and then Separate XYZ to get the distance from the Z coordinate. With some simple maths you can then shade based on distance based on the depth of field. 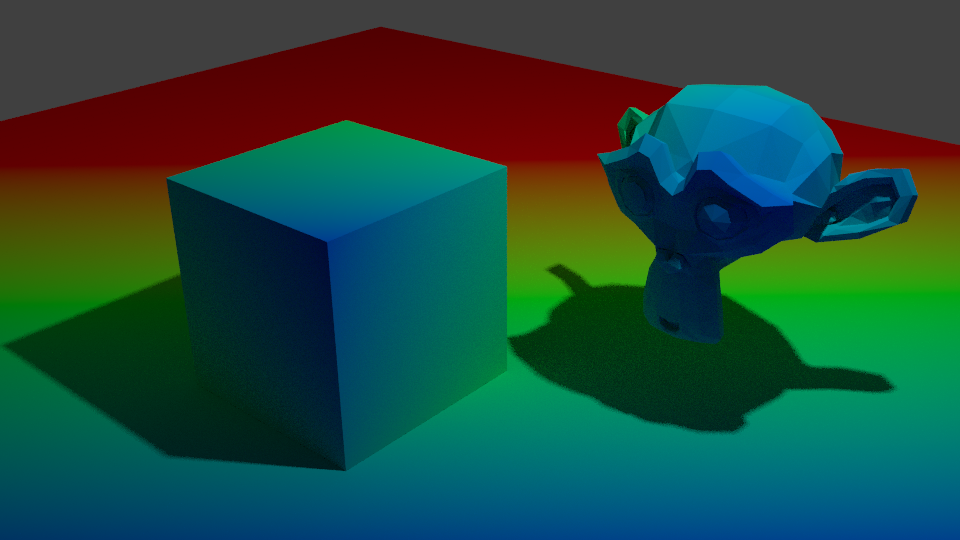 Note that you must have the Vector Transform set to 'Point' for this to work with Object coordinates.

EDIT : As pointed out by @sambler, the first 3 nodes can actually be replaced with a Camera Data node. 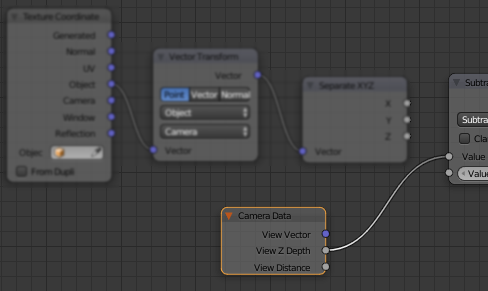 Note, however, that the Vector Transform method is still useful if you require additional effects - such as applying a transform to the Camera or Object coordinates using a Mapping Node (to, say, rotate or shift along an axis) or similar.

Not the answer you're looking for? Browse other questions tagged cycles-render-engine nodes camera shaders or ask your own question.

13
How is the vector transform node used?
16
Using the Camera Data Node
2
Linking Opacity to Z coordinates in the compositor
1
Make some particular objects' colours change according to their distance from camera

7
Cycles Node to tell Distance from an Empty
3
Is it possible to blur an Input value in the Cycles material node editor?
2
Stereoscopic camera: how to see objects visible only from the right and left camera
5
How do you make a cycles volume material fade to invisible at the edges?
3
Getting the actual (not default) input value of a node group for a specific user
1
Getting the actual (not default) value of a node socket that is linked to another socket
4
What value does the Displacement input of the Cycles Material Output node expect?
0
Render camera is different from the viewport camera