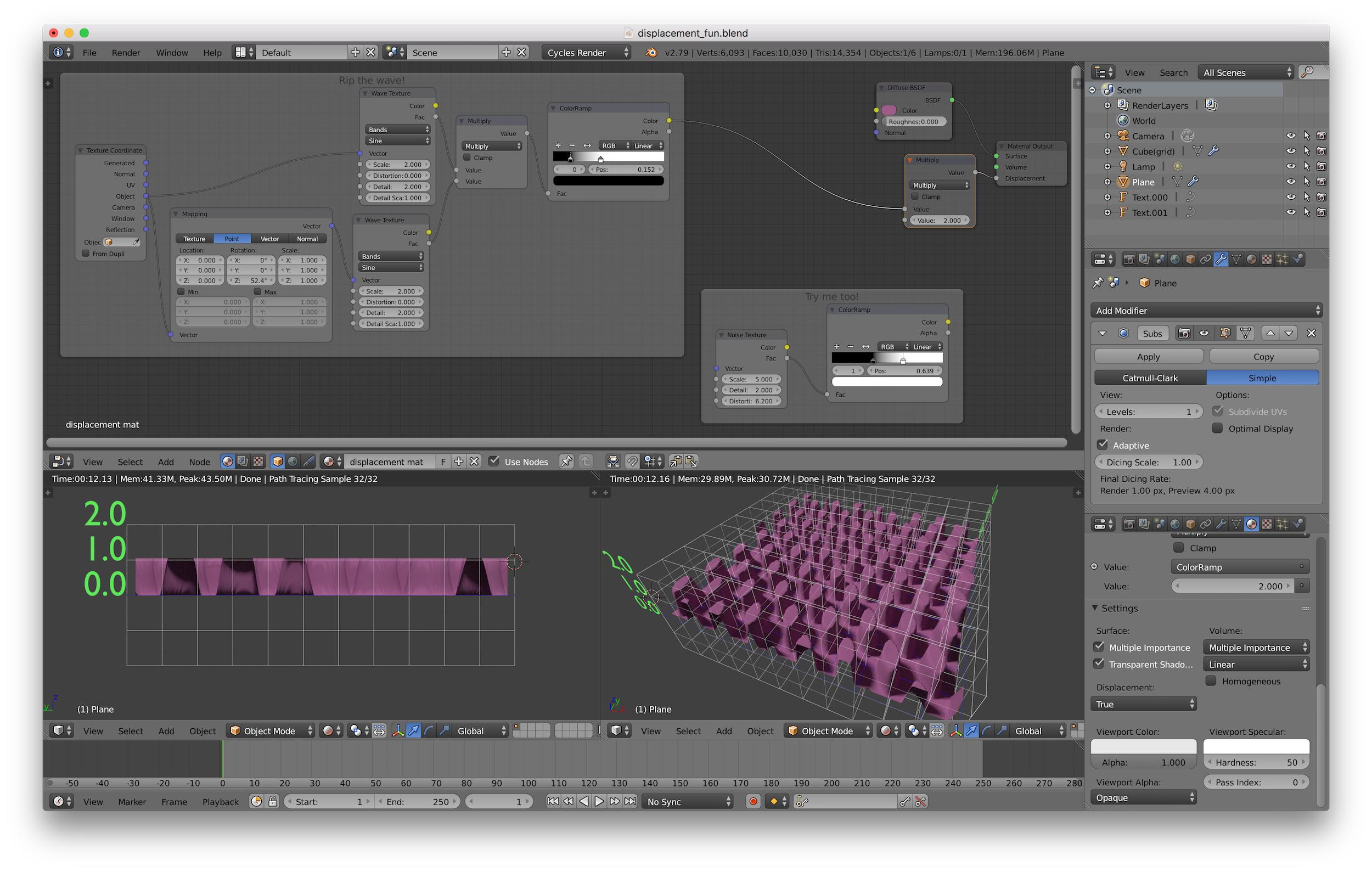 13
Methods of applying bumpiness to materials
5
Material displacement looks slanted to one side in Blender 2.8
2
Microdisplacement rendering at an angle
1
Displacement with nodes doesn't work, do I need a Displacement modifier?
2
Micopolygon Displacemt Issues
1
How to make generate noise texture interact with displacement map
0
Displace node output