I've been trying to make a wrecking ball smash through a figure of sorts, not really sure what exactly but I made an example.

The problem I'm having is that the figure does indeed fall apart, but I would like it to stay put together until the ball hits it. I achieved this by using Cell Fracture on the figure and just using Rigid Body. Again, I just need a way for the figure to stay still until hit by the ball, and then have all of its pieces come apart. 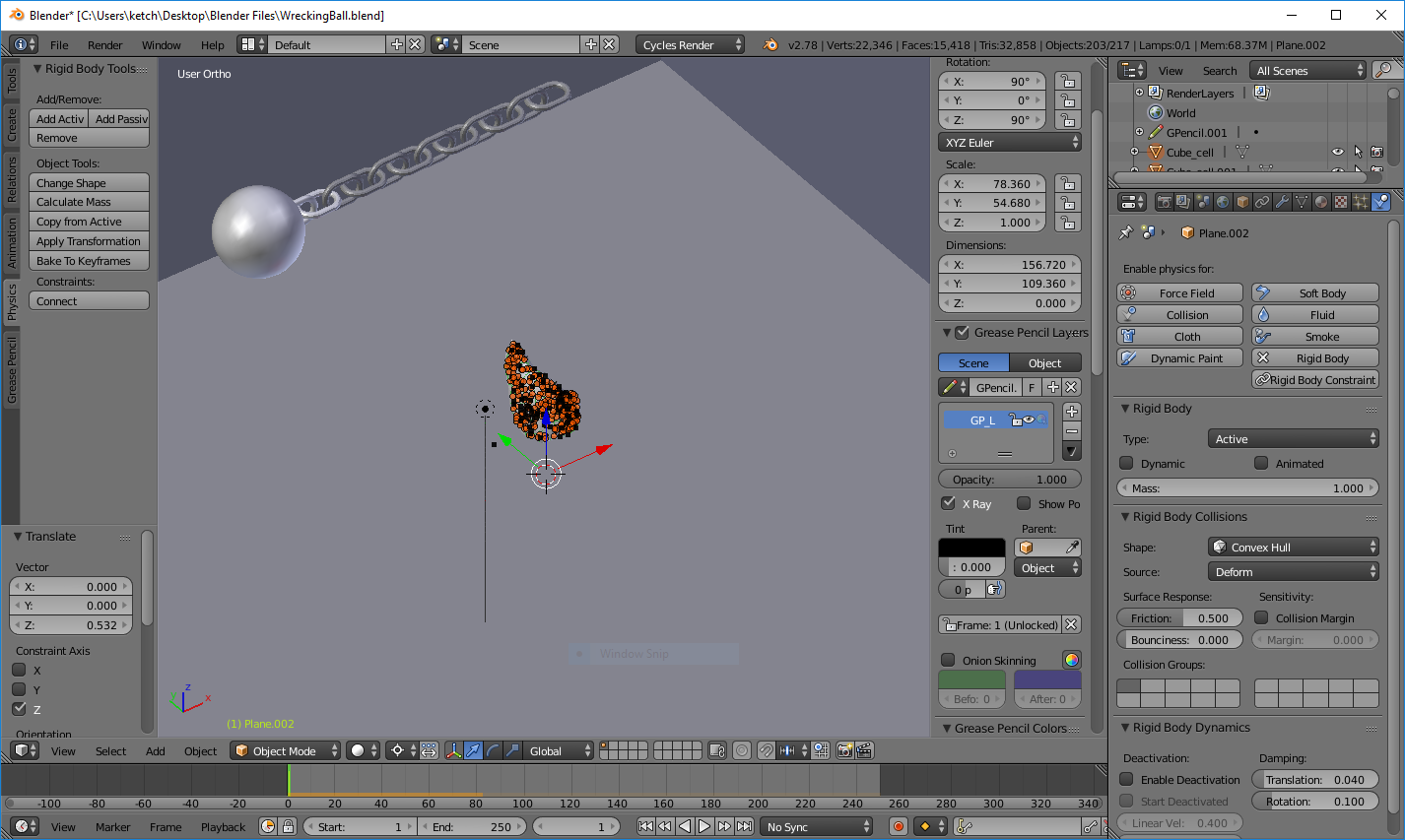 If you are running a single simulation,

The resulting simulation won't move untill the desired starting frame. (It moves with a speed of 0.)

If you only want some objects to start simulating on a specific frame use the Animated option on these objects (as suggested by Mr Zak) as explained in this answer.

Setting and keying the animated property for each object individually may be tedious. Use this script.

Paste the code into Blenders text editor. Move to a frame where the objects should remain stationary. Select them and (hovering over the text editor) press AltP to execute the script. The selected objects will now have a keyframe on the "Animated" Property of their rigid body.

Not the answer you're looking for? Browse other questions tagged rigid-body-simulation timeline or ask your own question.

0
How do i start the rigid body dynamic in the keyframe i want?
8
Activate physics by keyframe
1
Falling object in specific time

32
Copy Physics To Multiple Objects
7
Linking cell fractured fragments together with Rigid Body Constraints set as 'breakable'
3
How do I prevent rigid body objects from falling down before they are hit?
1
rigid body interacting strangely with collision plane — jittering and fall-through
0
Why does the parent go haywire, when the child's rigid body physics is set to “animated”?
2
How to attach a rigid body to a cloth simulator
0
Using Physics vs Rigid body Animation