This question and its answers give nice ways of creating plane shadow catchers that make the CG objects "interact" with the HDRI world.

My question is very similar, but different in the sense that I don't want the HDRI world ground to catch my shadows. Instead, I want a transparent plane to catch my shadows. Something similar to this short video tutorial, which succeeds under lamp lighting, but fails to do so under HDRI lighting.

For a scene like this, where the object is lit exclusively by the environment (no lamps on the scene) 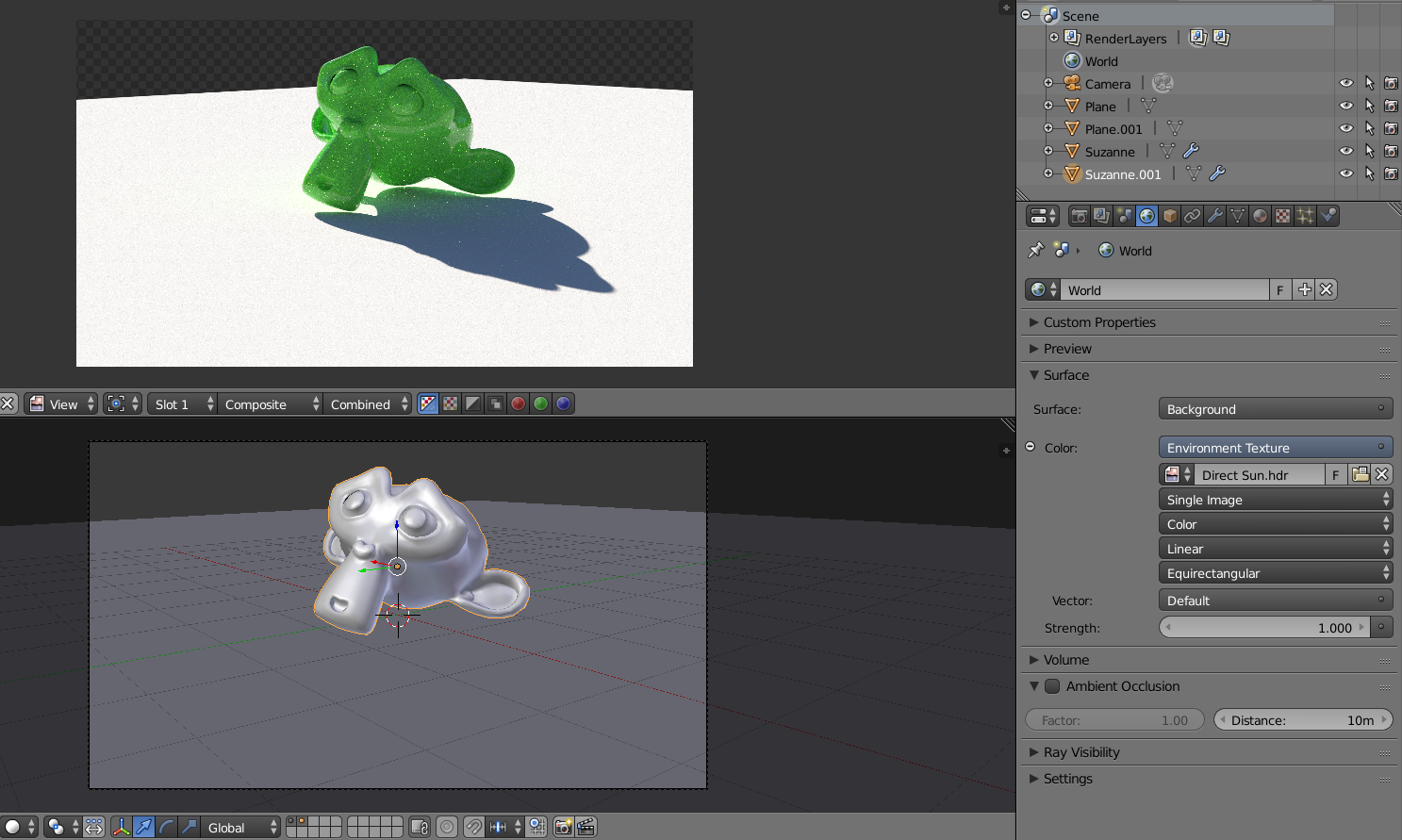 Make a copy of all of the objects, move them to a new layer and set new layer to use a single white material. 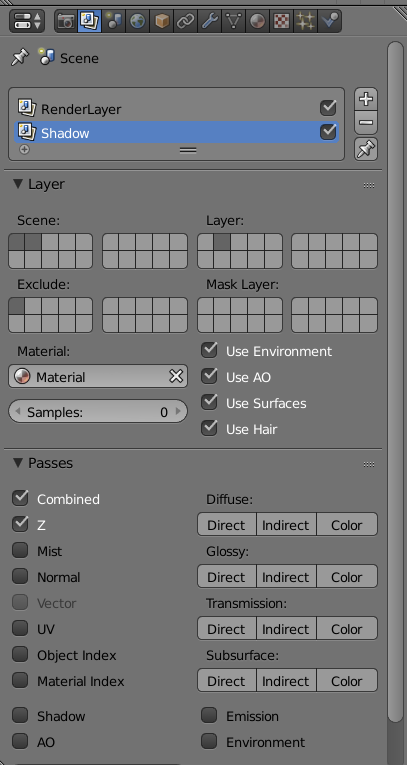 Set the render layers so that each render layer corresponds to the layers for the scene and excludes the other layer.

For the Layer that will hold the shadow only make the objects invisible to camera, so that the only information on for the layer will be a plane and the shadow. Make sure you enable material Index for the first render layer. 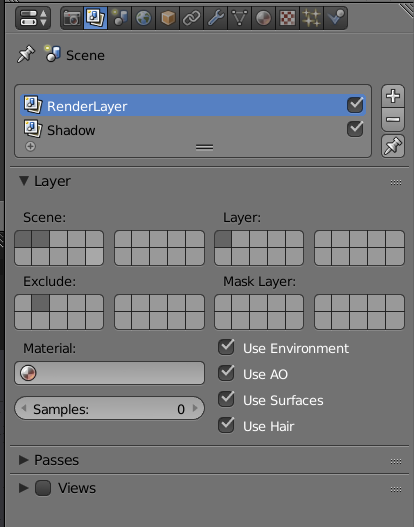 Give the object on the first render layer a material ID: 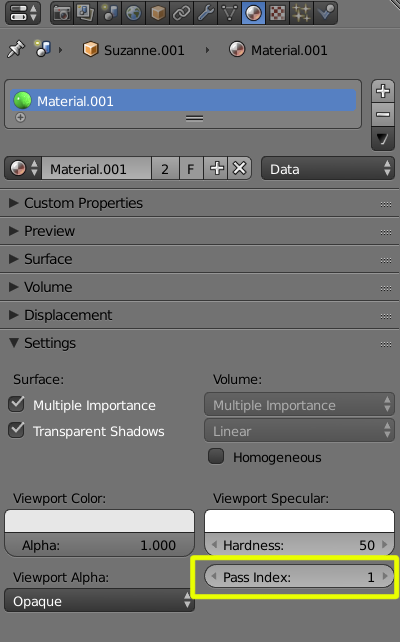 In the compositor set the Render layer with the shadow over white using alpha over. This will become the base image to use for whatever compositing you want to do. 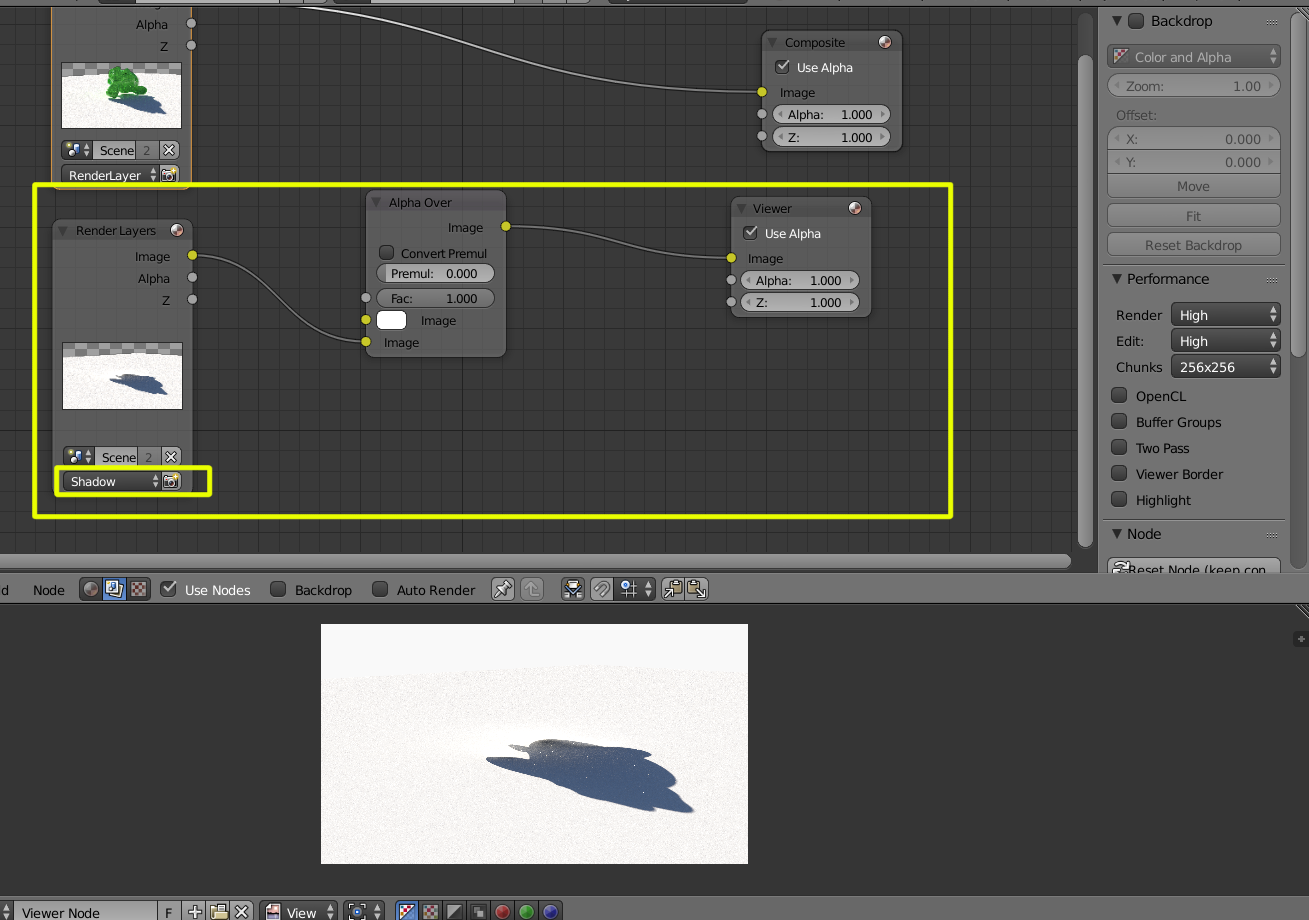 If you combine it with the Material ID/Index Pass you can then create an alpha channel with the object and the shadow, to be used to key the original image. 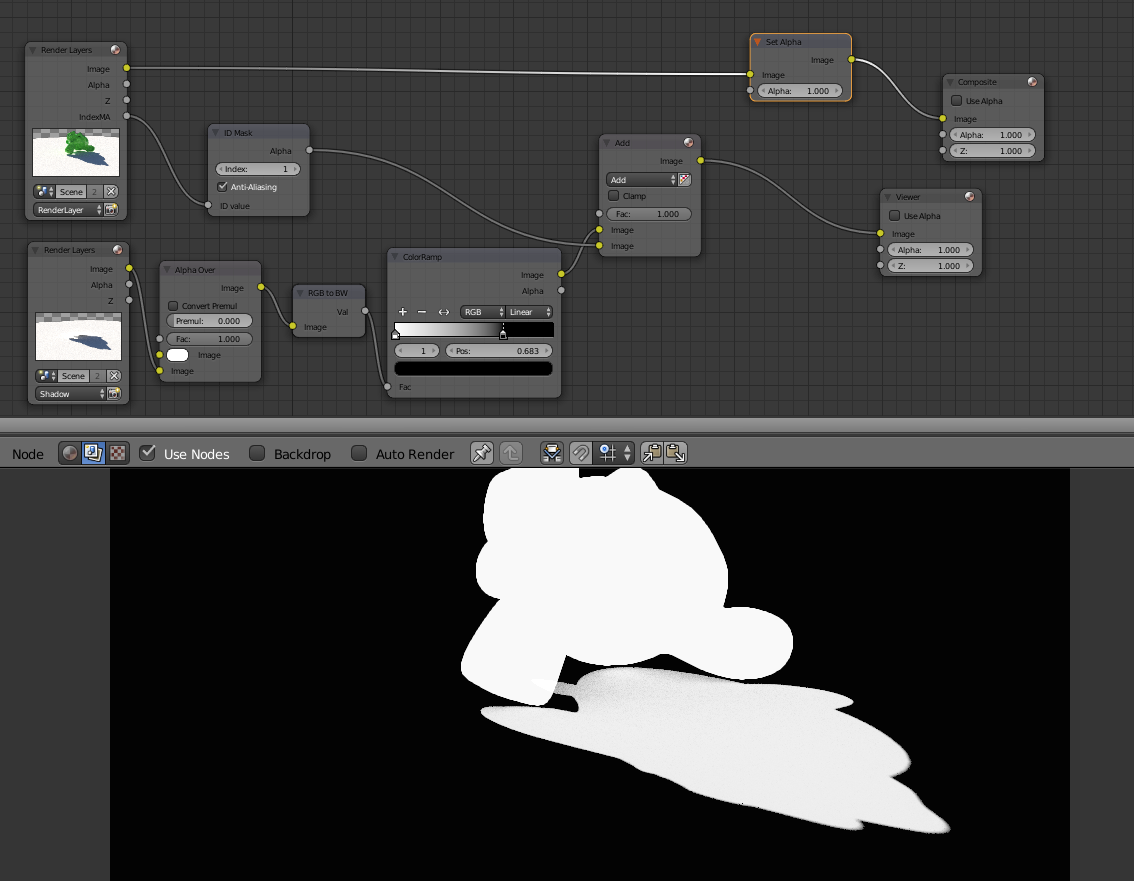 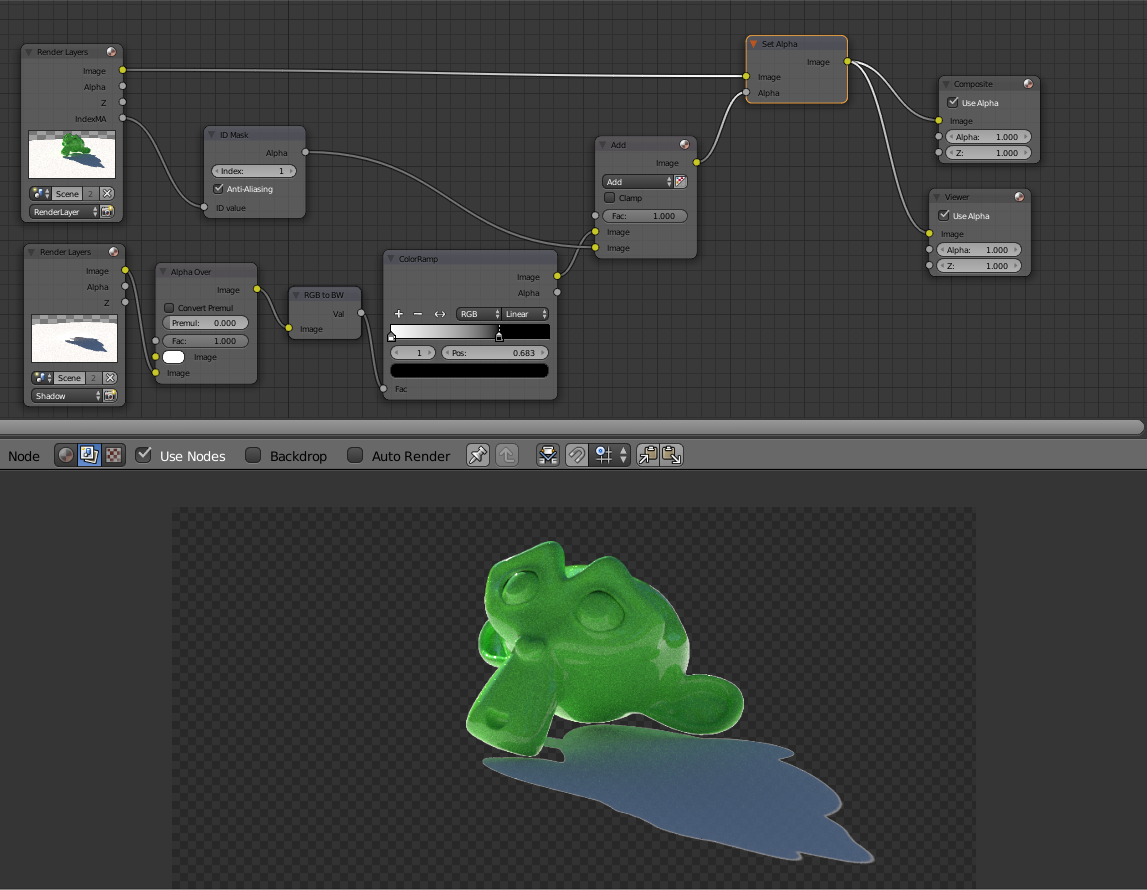 43
How to make a model cast shadows onto the world texture/background?
26
Cycles: Shadeless “Shadow-catcher” Material for Rendering onto Footage
6
Why does the shadow pass not account for mesh lights?
3
Why is my Shadow Catcher layer shadow-pass entirely black?
8
Does an HDR environment texture affect the Shadow pass?
6
Is there anyway to match a sun lamp to the direction of the sun in an environment map?
2
Why does my control panel not stay the same?