Why does my extruded text go wonky like this? Why does my text go weird when I convert it to a curve?

When I create a text object and use solidify mod to make it thicker it does this: 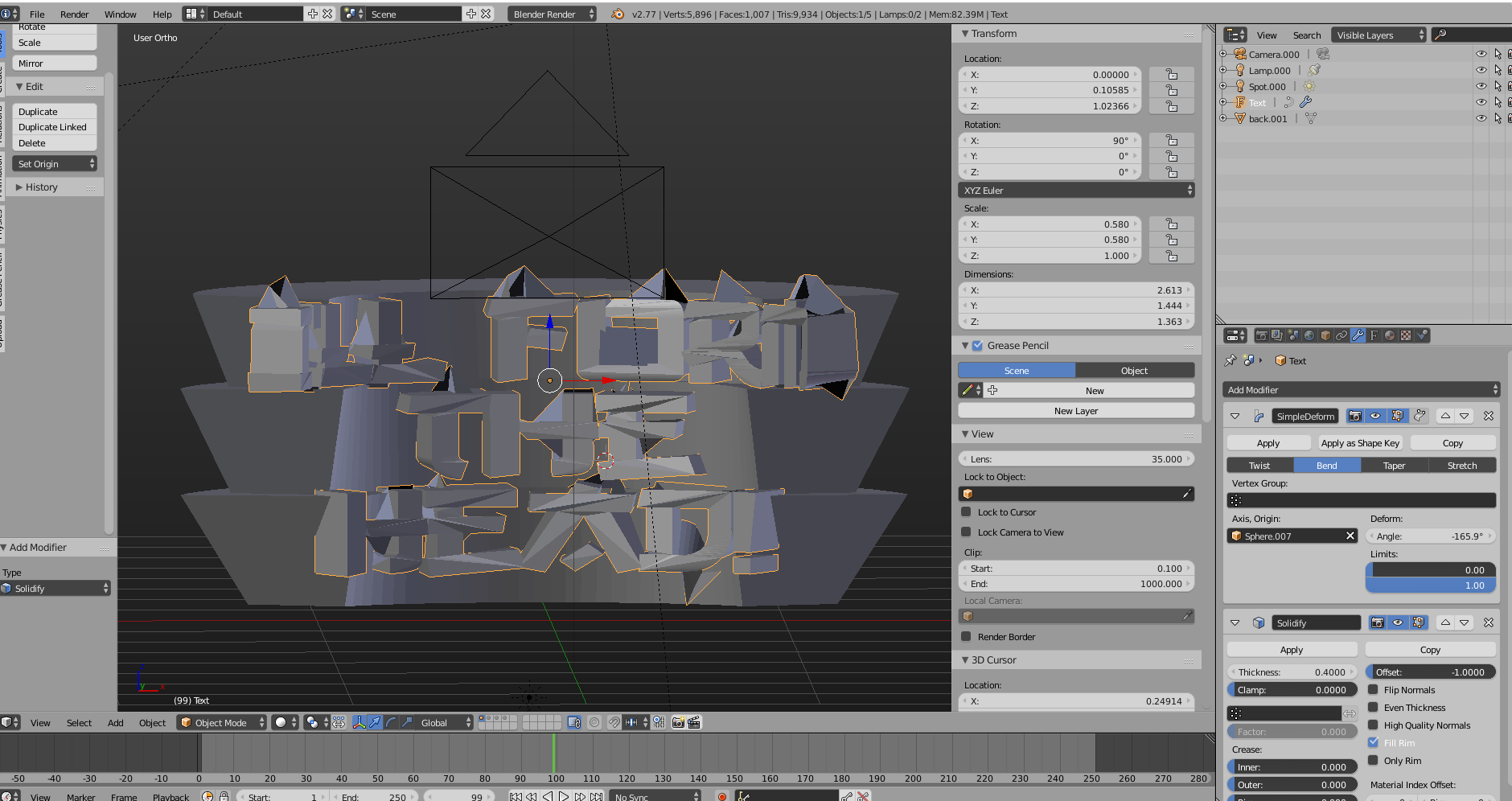 When I don't use the solid mod, and instead convert it to a curve to do a curve extrusion it does this: 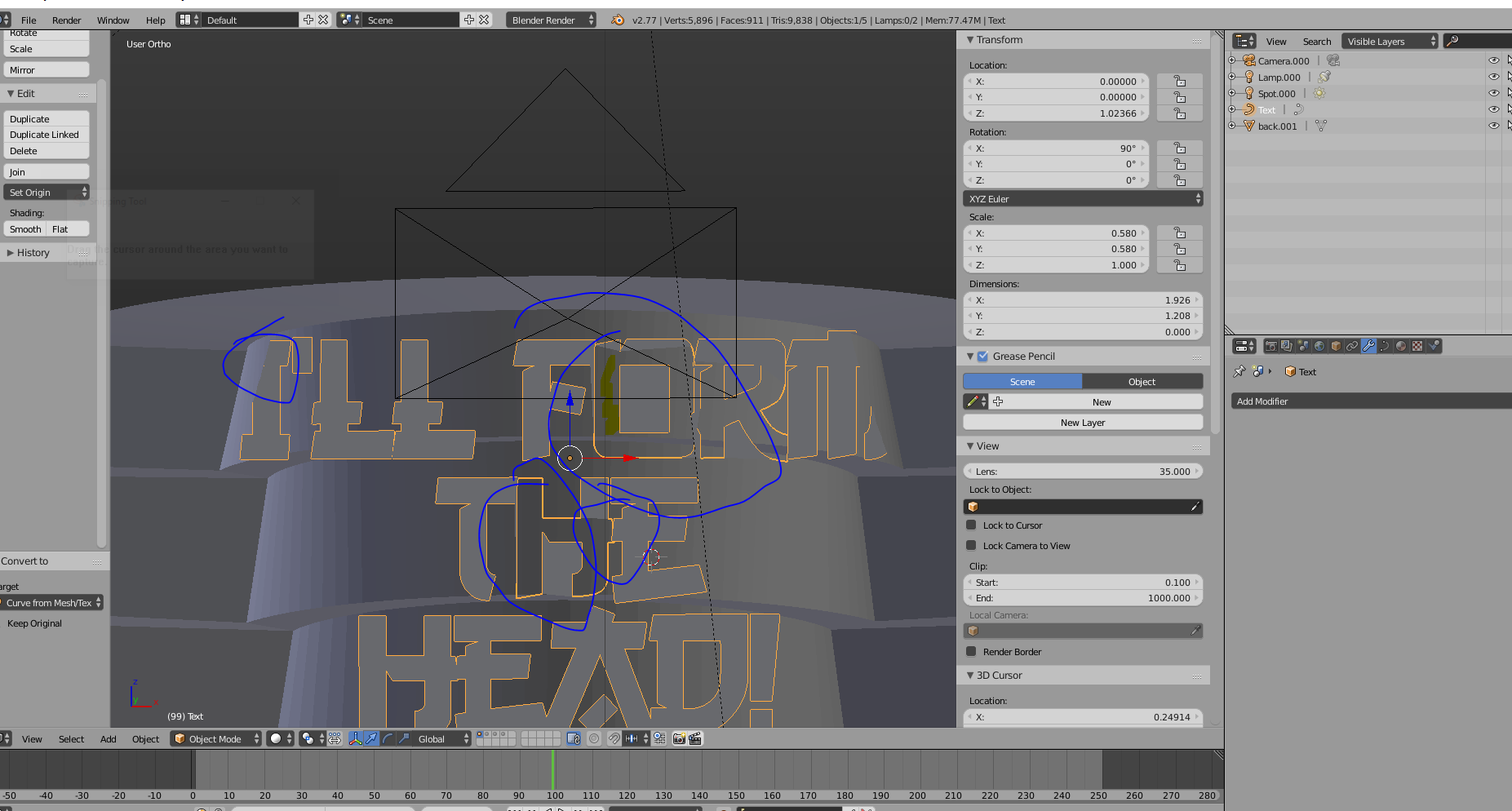 Why is it doing this?

Did you try using the text settings rather than manually extruding it?

The missing fill in your curves is caused by overlap. If the curves self intersect Blender doesn't know how to fill them correctly.

Again if you are working with curves don't use the solidify modifier, instead use the curve extrude option which should yield better results.

You can try and minimize it by using a Subsurf modifier but it will generally maintain it's triangulated appearance.

Not the answer you're looking for? Browse other questions tagged modeling bezier-curves text-object extrude or ask your own question.

1
How do I rotate some text?

1
How can I align a text object to curve without deformation?
12
Why does a bezier curve twist when rotated?
1
How can I make a non-handwriting text appearing like if someone writes it?
2
How do I convert 2D text into a mesh when alt c doesn't work in 2.8
5
Inward extrusion is not working
4
Python API script, why does extruding verts behave in this way?
1
Why does my text object look weird along its edge?
1
Complex text (curve) to mesh creates gaps