I've created gun model, smoke emitter which is placed at the end of the barrel and muzzle flash - volume shader with emission.

Everything looks fine until the smoke starts to flow out the barrel cause you can see 'muzzle flash' which looks like big black spot inside, even when volume density is 0.000.

Another problem is that smoke also affects muzzle flash when volume density is 1.000 there are transparent deformations which causes holes in flashing object.

It looks like smoke is ruining everything in my animation. Because without this effect everything looks really cool. 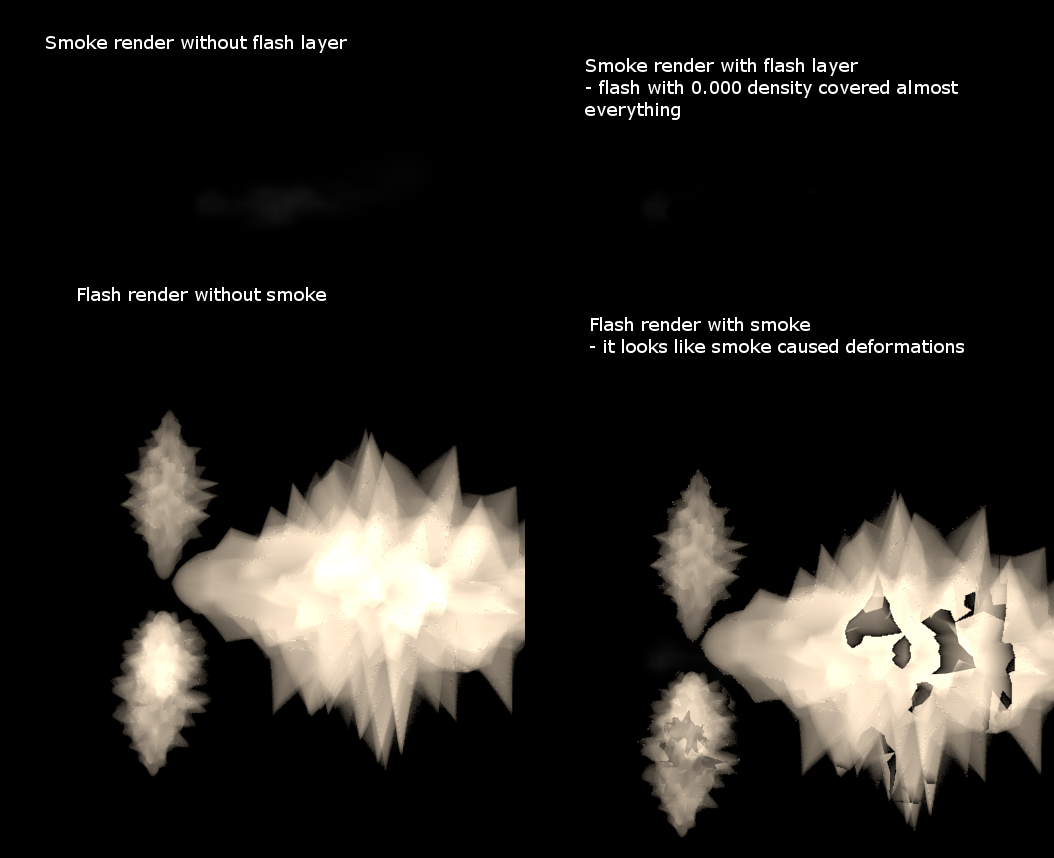 I still don't know how to fix this. Maybe it's just a bug and that's why I'm asking: Do you know how to solve this problem or maybe just how to separate layers? And why smoke and emission (even if it should be 'transparent') affects each other so much?

By the way - I'm working with Blender Render.

It looks like i've solved my problem. I've changed muzzle flash volume object that was appearing and disappearing - now it's a paricle emitter. Particle lifetime is just one frame so it looks pretty similar to previous effect. Smoke is not hidden anymore because there is no object that could do this - particle emitter surface is not visible and muzzle flash particle is there for very short time.

Strange thing is (which I've not expected when i was thinking about this solution) that particle - which is an object with volume shader - is not bugging anymore! I mean there is no black deformations inside flash object even when all objects are on the same render-layer.

This funny trick fixed my problem but it will probably still exist if someone try to render smoke and volume object inside which is not moving or disappearing - black deformations on volume and hidden smoke when volume density is set at 0.000. 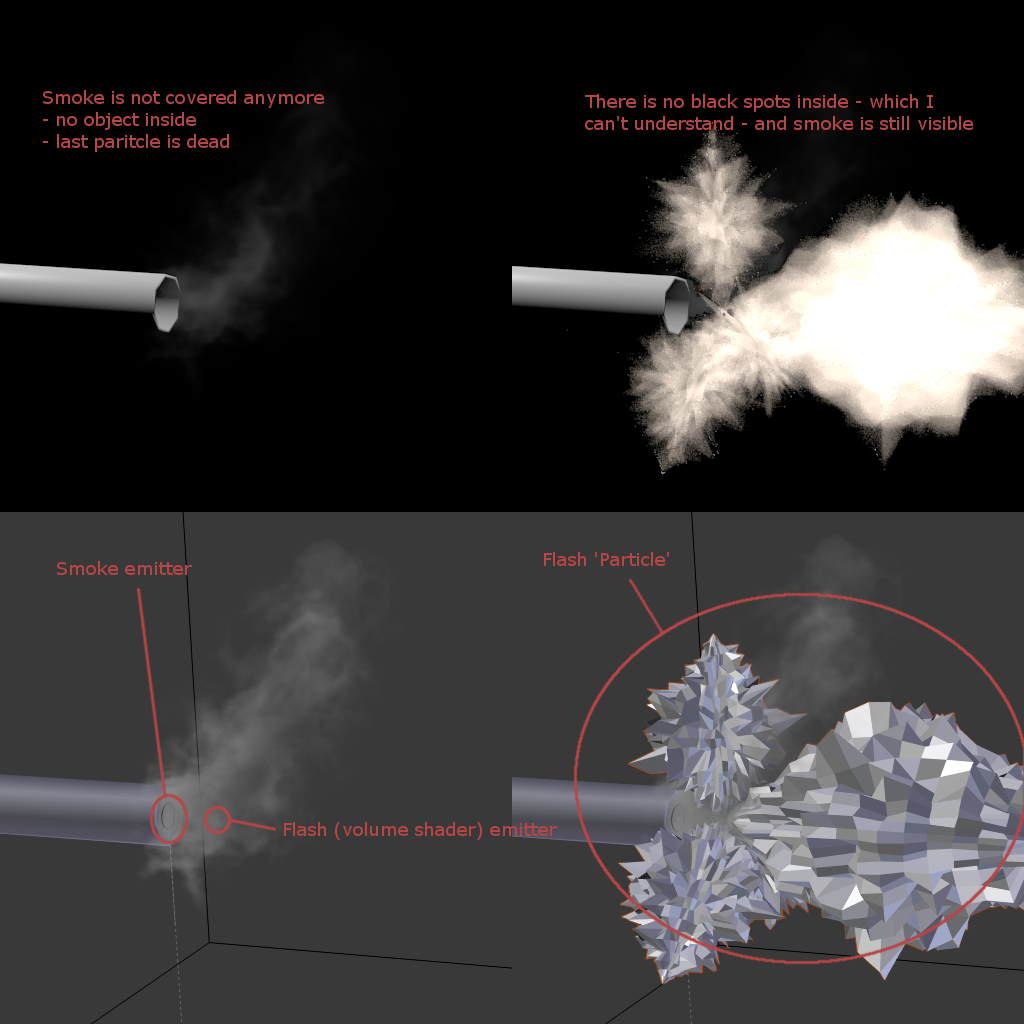 I hope this will help somebody.

Not the answer you're looking for? Browse other questions tagged rendering materials compositor render-layers volumetrics or ask your own question.