Fade a render layer to transparent

Instead of editing the alpha for each material, it would be quicker for me in this case to be able to fade out the entire render layer in the node compositor.

The "SetAlpha" node seems perfect for this, but it adds black to the alpha channel that I don't want. The background needs to remain transparent, and not be black.

Here is my simple setup (without the SetAlpha node). How can I fade the "bearing" render layer to zero opacity, leaving only the "freestyle" layer on screen?

I would personally use a 'Set Alpha' and a 'Mix' node in-between the layer you want to fade out and the 'Alpha Over' node: 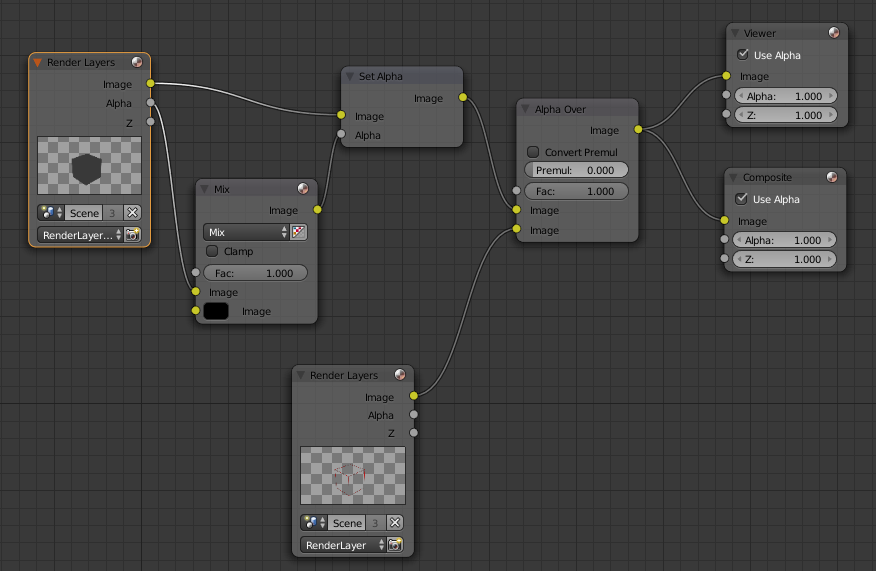 If you animate the 'Fac' of the 'Mix' node (by inserting keyframes - hovering your cursor over the slider and pressing I) you will mix between the original alpha of the render layer (when 'fac' slider is 0) and a completely black alpha (when slider is 1).

Probably the most effective way to fade in alpha is to use the alpha over node.

In the image below, the top color socket is set to completely transparent (I'll explain how to do this further down), and the image is put into the bottom color socket. The factor (the highlighted input) controls the opacity. 0 is 100% transparent, 1 is 100% opaque.

It's the other way around if you switch the color inputs to make this image go in the top and the transparency in the bottom.

To make the color input completely transparent, just use the alpha slider in the color picker drop down. Make sure it's set to 0: 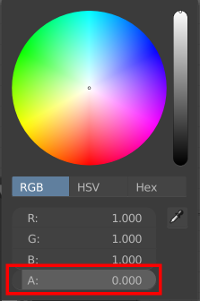 Not the answer you're looking for? Browse other questions tagged nodes render-layers or ask your own question.

1
How to fade-in a render layer in compositor

4
Transparent render layers
3
See Through Render Layer
3
Substitute for Multiply node?
2
Cycles render layers - make overlapping parts transparent
0
Blender 2.8; Combine Cycles and Eevee render engines into single composite
1
How do I use a map or node as a mask?