Edit: Please looks at the image below. It is a better view 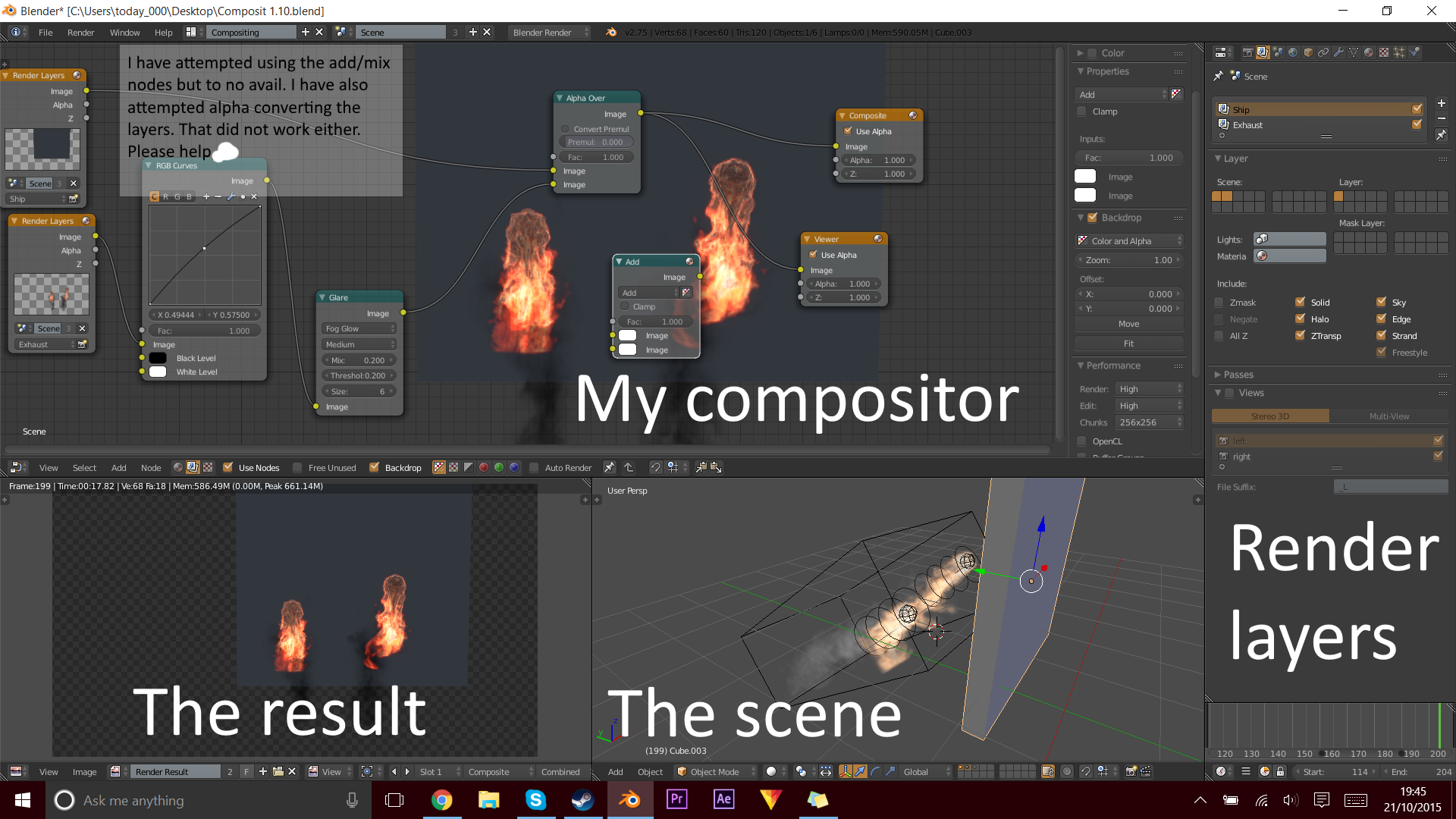 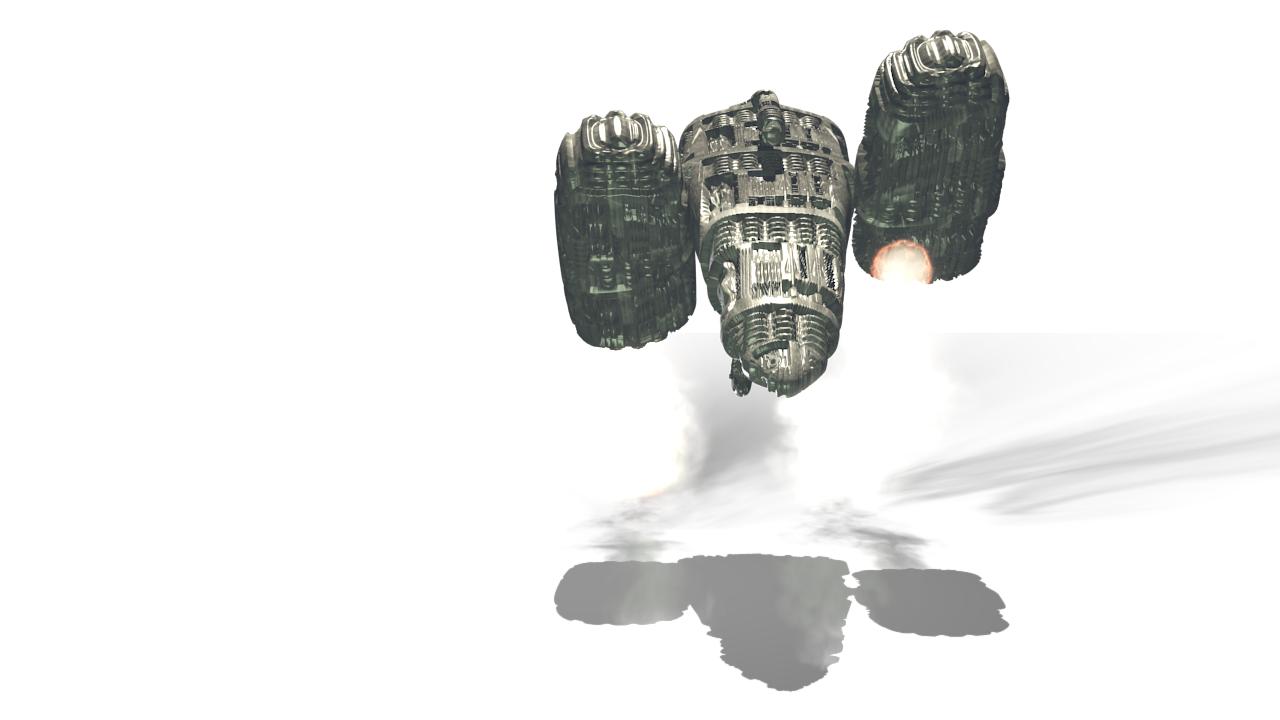 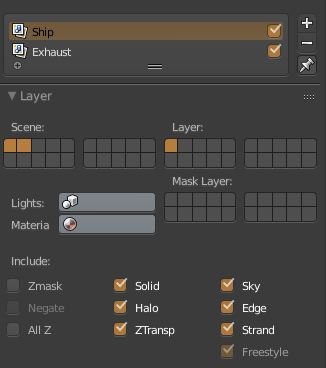 How can I make the exhaust go behind the ship, what am I doing wrong?

This is my compositor with the Alpha over node. I just added a few adjustments to the exhaust, but the problem persists.

Use "Alpha over" instead of "Add" node

Assuming that you are in a situation with a bright light sources behind your object like in the example below: 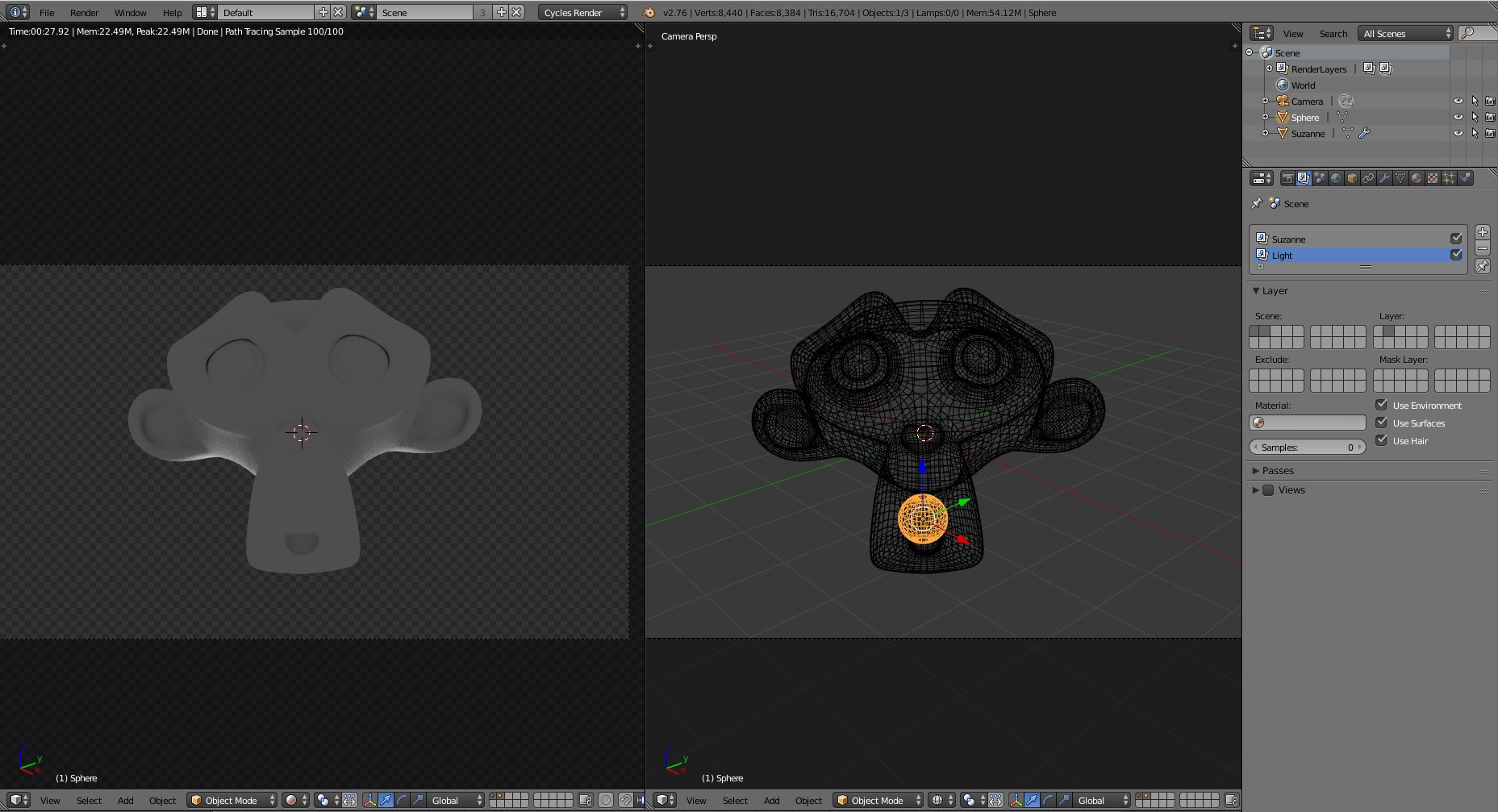 The use of an Color Add Node would sum the pixel colors from the two render layers, while what you probably want is to override the pixel color information basing on which layer is in front of you.

In this and your case, as both the layer of my light and your exaust are almost white, we can't see the "adding" because the are both almost full white, so what exceed the full white (RGB=1,1,1) is being clamped to 1. 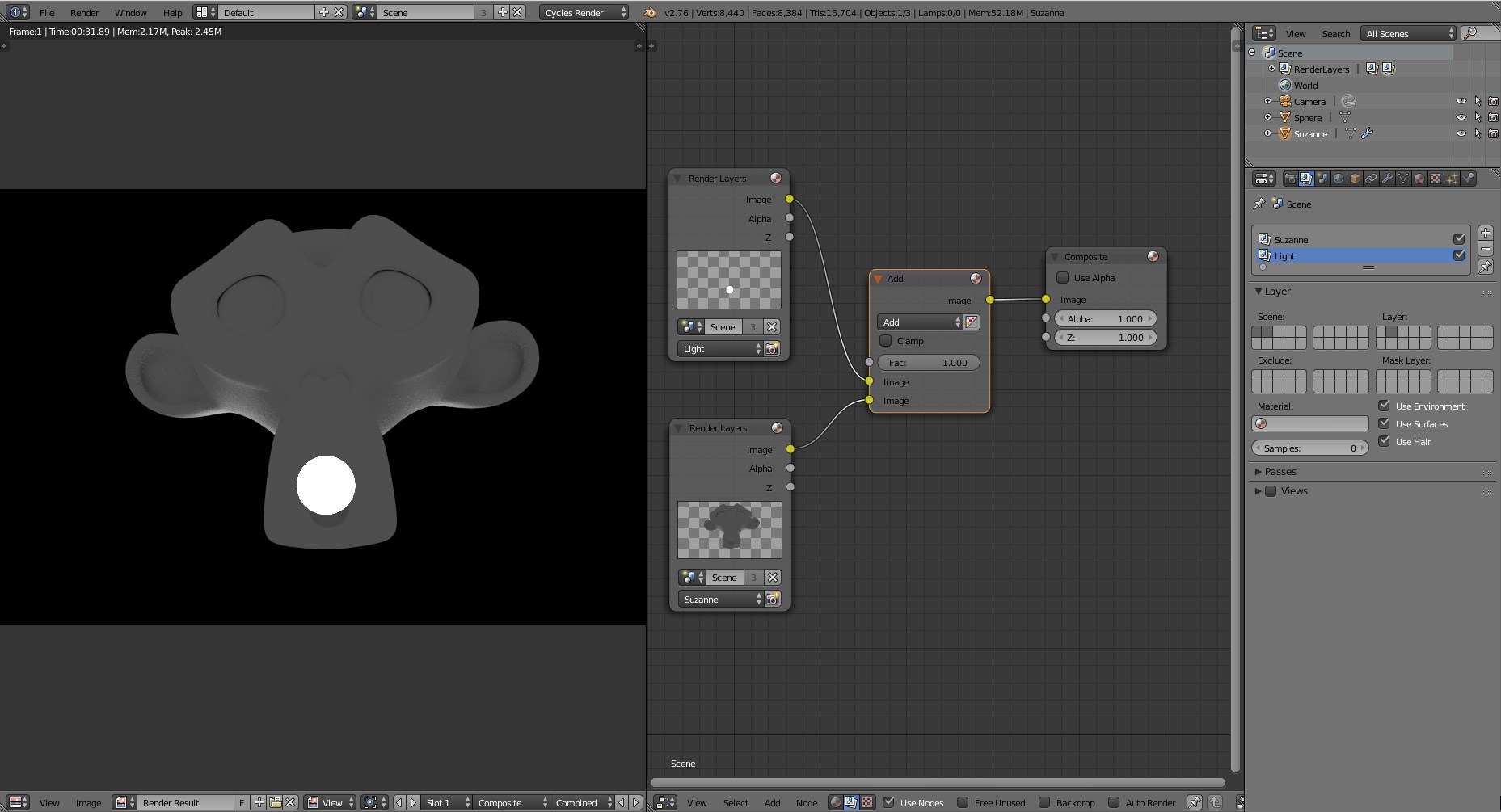 Here's an exampe with a light source whose strength is 0.1, The addition is more visible now. 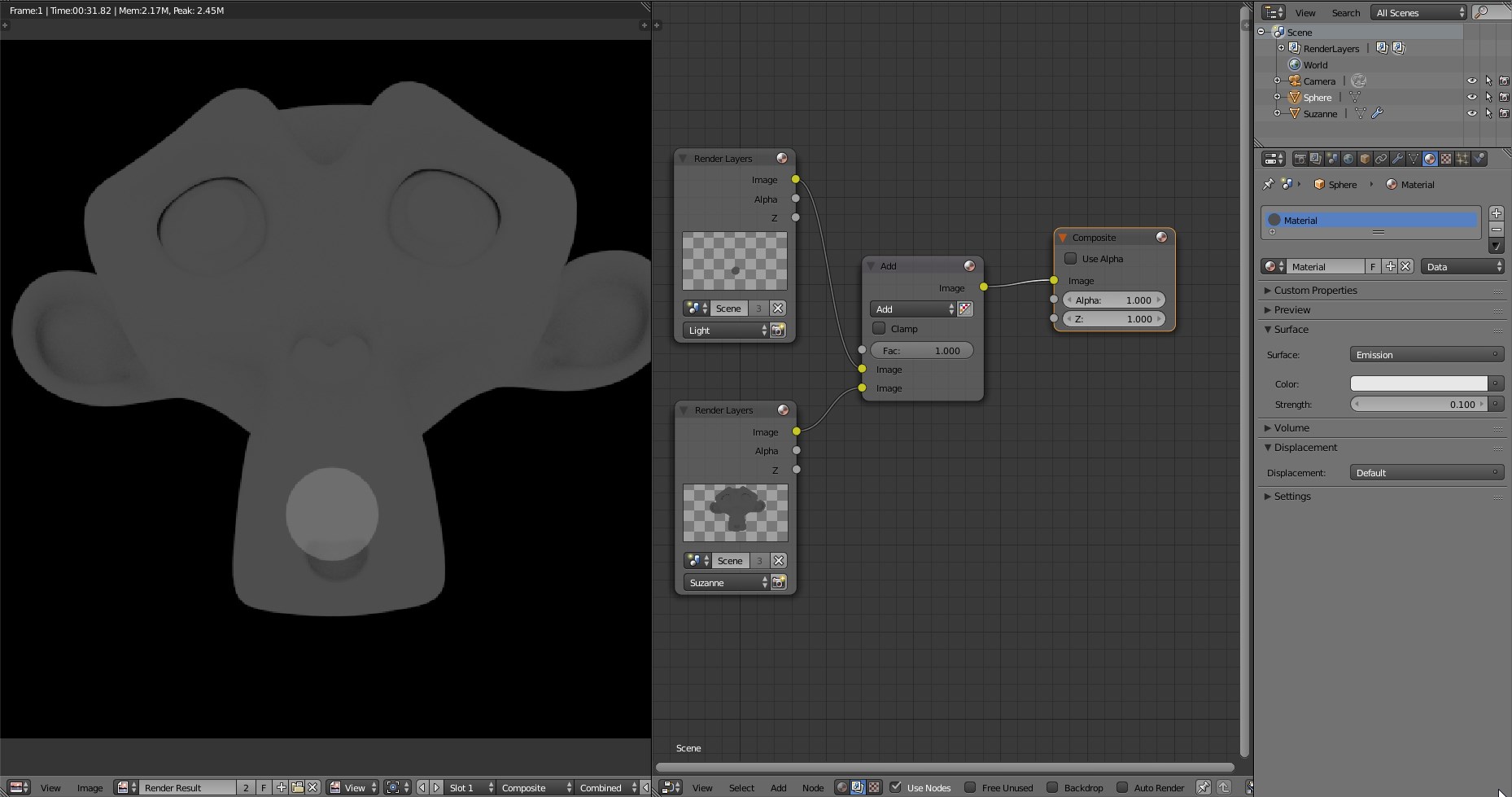 I would suggest to use the Alpha over node instead, which put the second imput image imput upon the first imput image taking alpha channel in account. 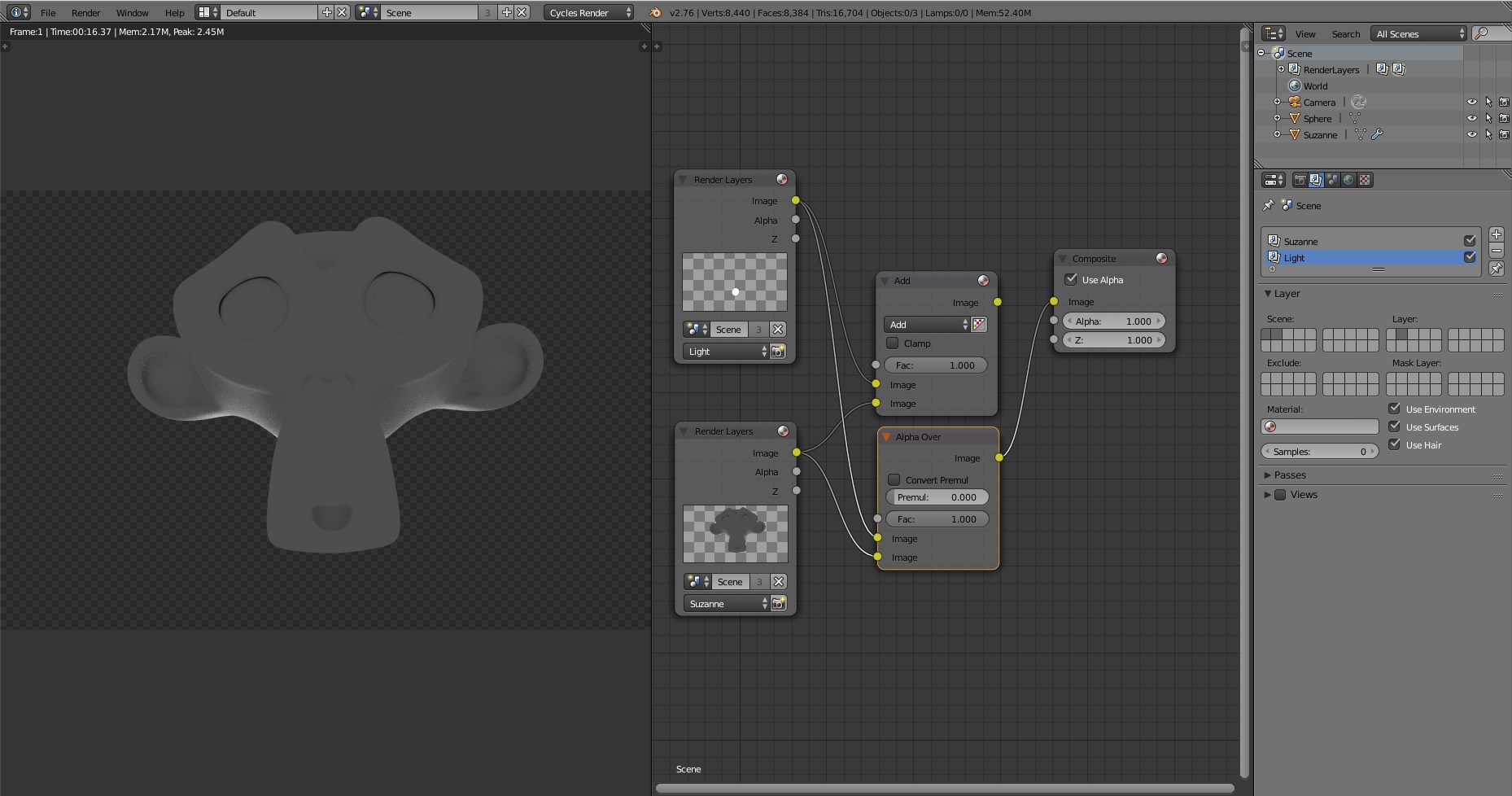 From the Blender reference manual's page about Alpha over node:

I fixed it by putting the exhaust above the ship. Weirdly it worked! 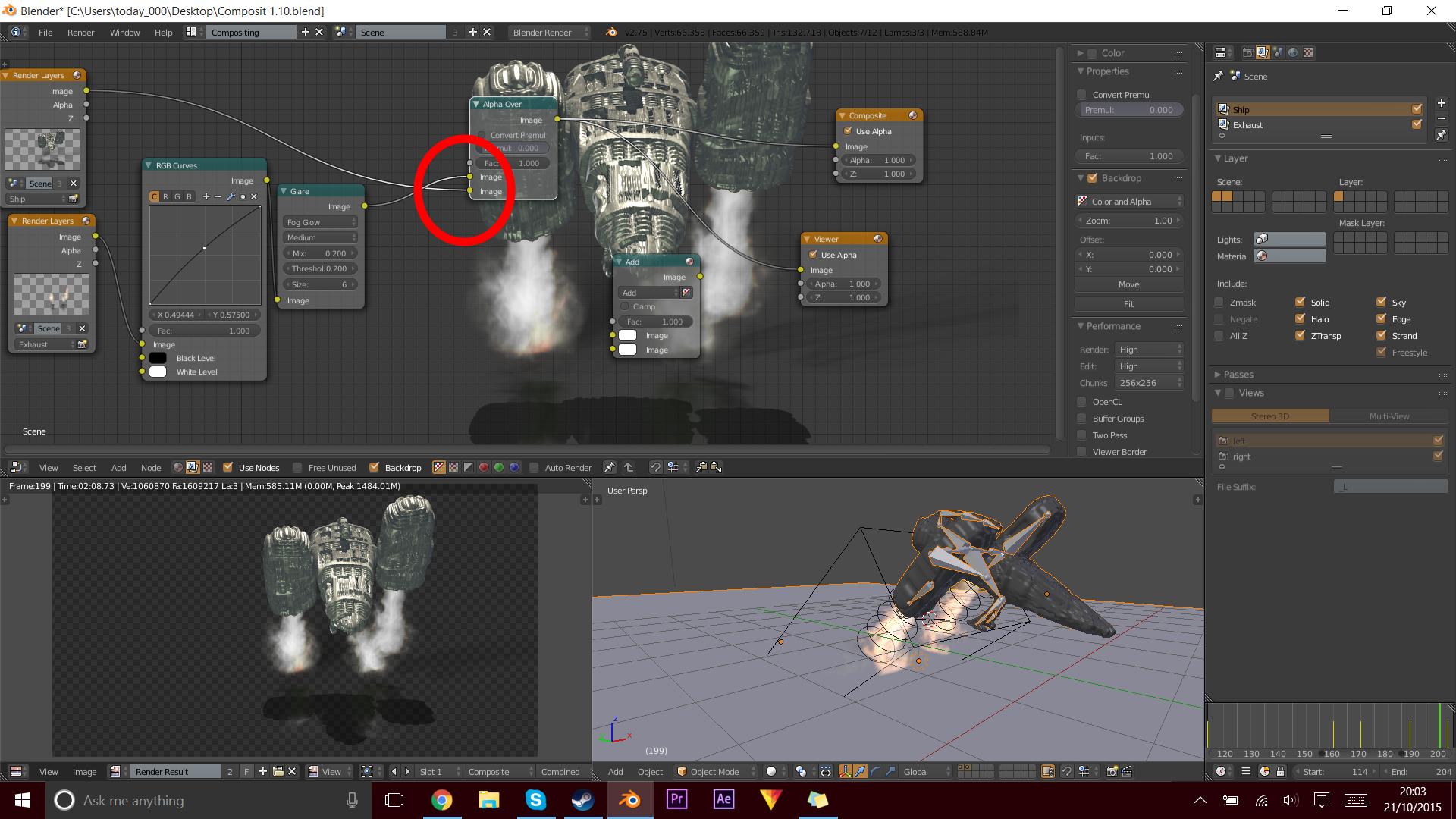 Not the answer you're looking for? Browse other questions tagged rendering compositor transparency smoke-simulation render-layers or ask your own question.

16
How do I use nodes to combine two images when both have transparent areas?