How to twist multiple objects

How would you go about making these kind of twisted objects. The twist consists of multiple objects. Somehow I can't get the result using the Twist modifier. 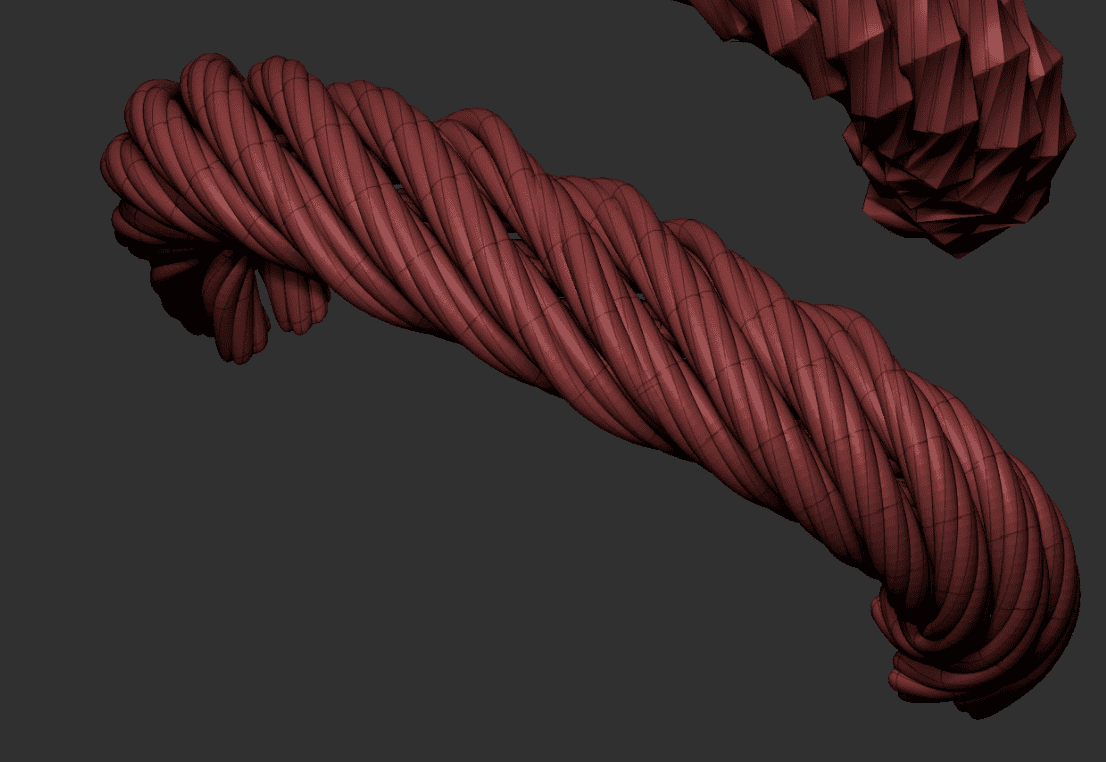 Just for fun you can do this procedurally :)
Start with five circles and a bezier curve and add modifiers...

Here's but another one, with a simple vertex and a curve.

First, start with a single vertex on 0, 0, 0. (Create a cube, go into edit mode and vertex select mode, select everything and right click > Merge > At Center).

Add a displace modifier along X.

Add a screw modifier along Z to get a nice circle.

Add another Screw along Z, this time to get a cylinder. You might have to check "Flip" normals if the normals are inverted. (Viewport overlays > Face Orientation) 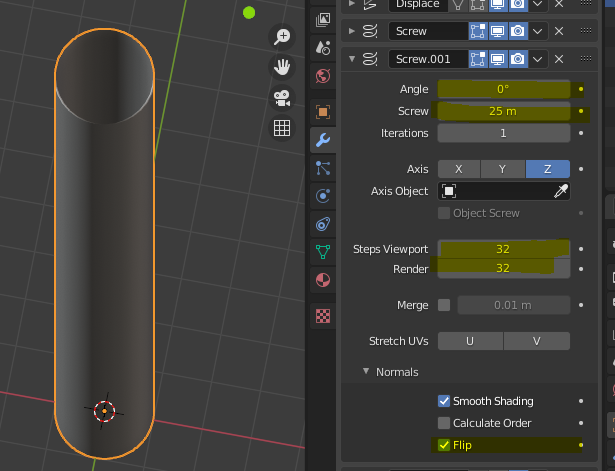 Add 2 displace modifiers, along X and Y, to offset the cylinder. 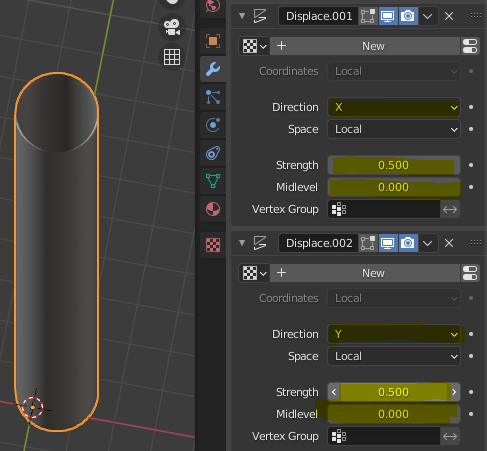 Add a Mirror modifier to X and Y, set to bisect along X and Y, to get this kind of clover shaped cylinder. 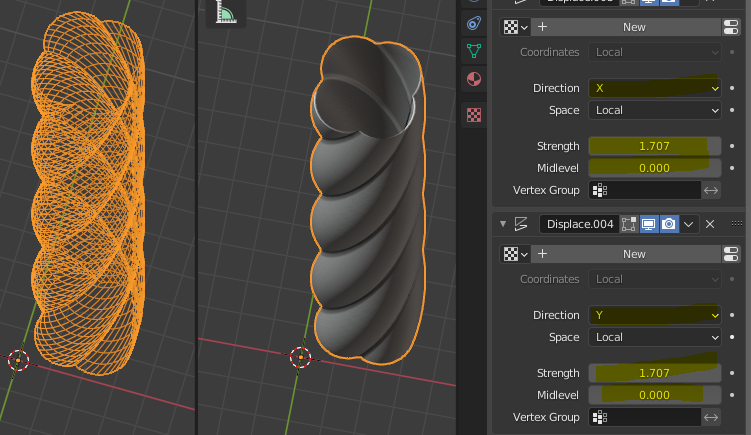 Add two arrays along X and Y, set the count to 2 and the offset to relative -1. 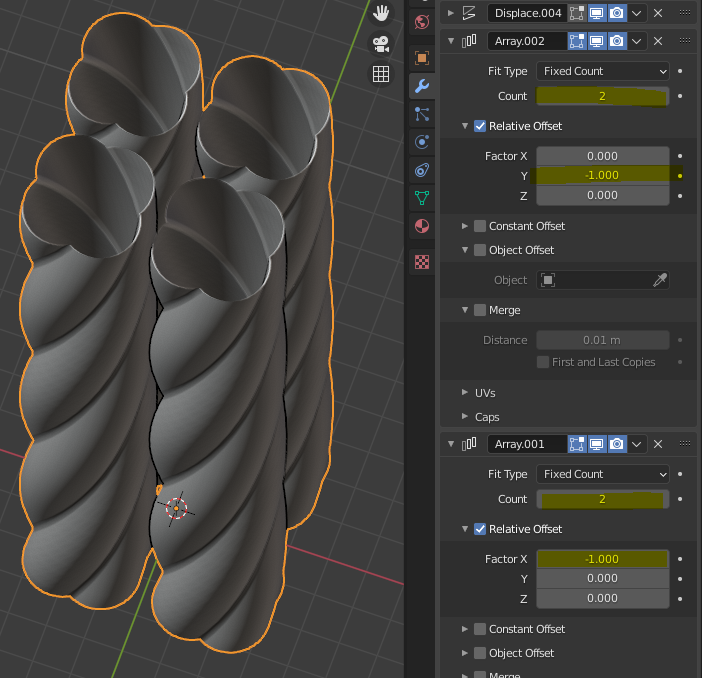 Add a new Simple deform modifier set to Twist along Z by 360°. 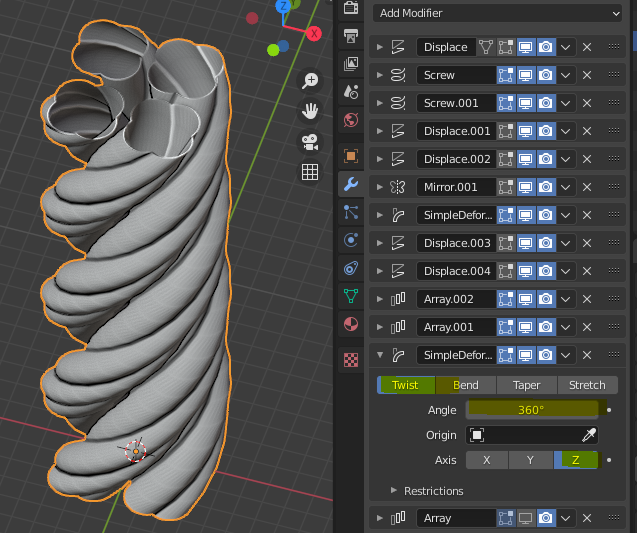 Create a curve. Scale it way up. Add an Array modifier to your cylinders object and set it to "Fit Curve" and select your curve. Check "Merge". 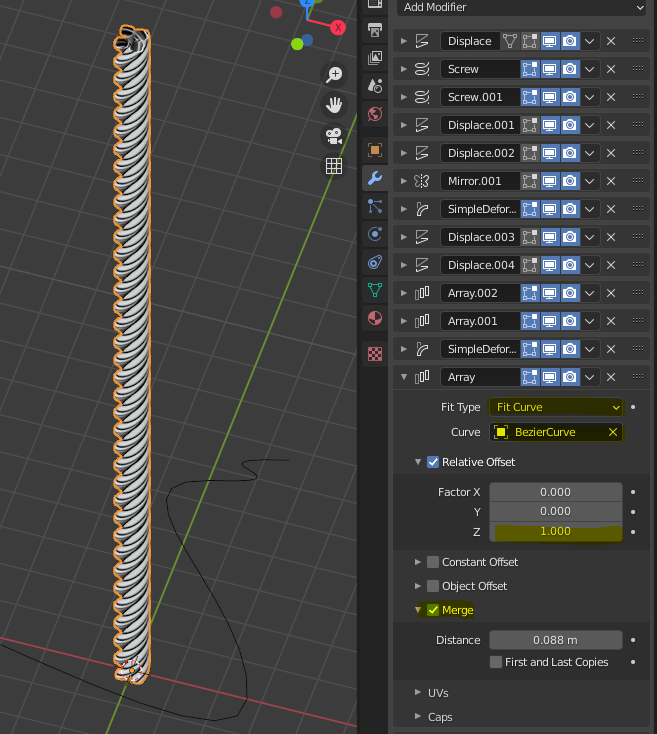 Tweak the curve. Add a curve modifier to the base object and select the curve. You might have to tweak the Axis of the modifier.

Here's another, using only the default cube and an empty. It is important that the origin is set to the 3d cursor for both cube and empty.

Gif and sample file below :

15
How to create twisted wires in Blender

6
Twist an object along multiple axes like a roller coaster path
0
Modeling question - twist/bend part of a mesh
7
How to make ribbon cable?
0
Twist like SimplerDeform but with bones?
3
How to model a twisted cylinder like this
0
Rotating multiple objects to specific centre axis
1
How to twist object maintaining uniform section?
0
Modelling a twist like this procedurally
0
Shrinkwrap/Cloth wraps around multiple objects?