I'm trying to model a black organ or piano key. It's basically a long cuboid with some non-square angles (which shouldn't make much difference). It has rounded corners on the front and will have slight rounding on the edges. The front corner rounds are approximately spherical, but the adjacent edges to these rounds are not rounded to the same extent, so the rounding "fades out" into the edges, but in a circular curve. I don't know what this is called and I cannot find any other examples.

Forming the rounds is easy enough - I've tried two methods - but both create problems when applying a subsurf modifier. The mesh ends up either with triangles, or with non-planar quads. I can't work out how to do it without triangles by using the first method, and I don't think it's possible to get non-flat quads using the second. When using the subsurf modifier, I get ripples/'stretches' - I believe this is a result of triangles in the first case and I can only assume it is due to non-planar quads in the second.

For the first method, I created the base cube, then created an identical copy of it. I then made and positioned an appropriately-sized sphere partly within it, boolean-subtracted the sphere and then deleted all but the top front corner. I then over-sized this slightly and boolean-subtracted it from the actual base cube.

For the second method, I knifed quarter-circular curves on the three faces of the corner, then deleted all the corner mesh and joined up some of the vertices, split the remaining middle hexagon into quads and then created faces.

I've been on this for many evenings and can't work out another method that works.

Please note the loop cuts that I will also need to make in order for the subsurf modifier to create flat faces almost up to the edges, but with a nice round on them. I suspect these loop cuts somehow need to be integrated into the corner, though I'm not sure how, and nor am I sure whether the loop cuts can easily be created after forming the mesh for the corners.

I'm quite new to blender, so you may need to go into some extra detail for me. Thank you! 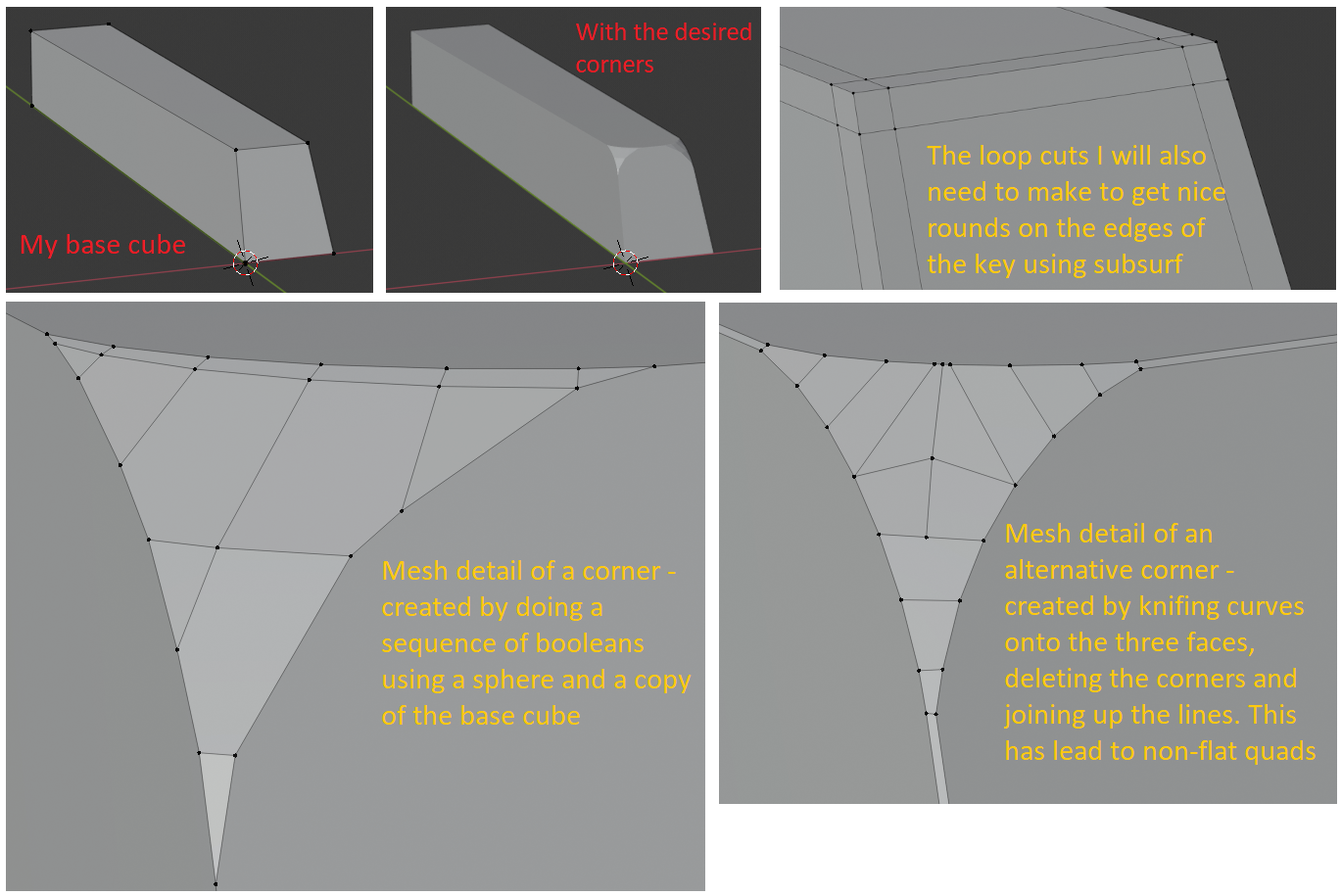 In my opinion you can keep ngons and tris as long as it doesn't create any bad pinching or artifacts, but if you want to keep quads only, given that a triangle can be cut this way: 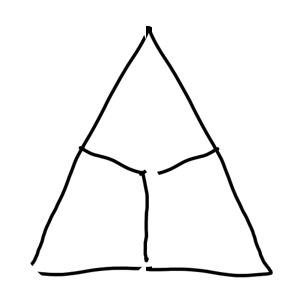 you can end up with this topology, which seems to work fine: 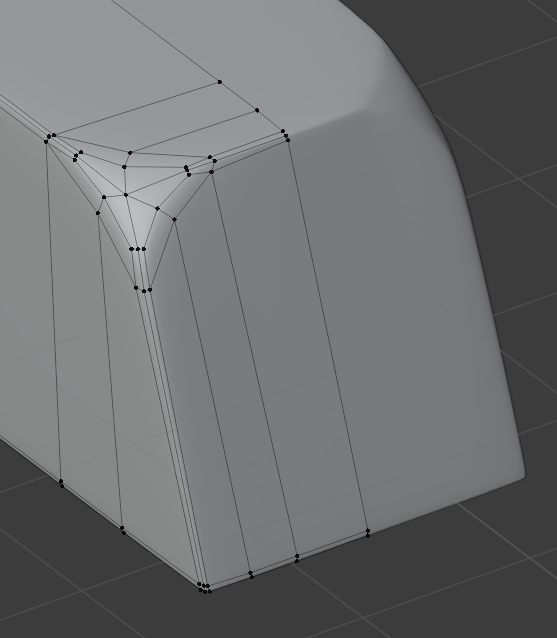 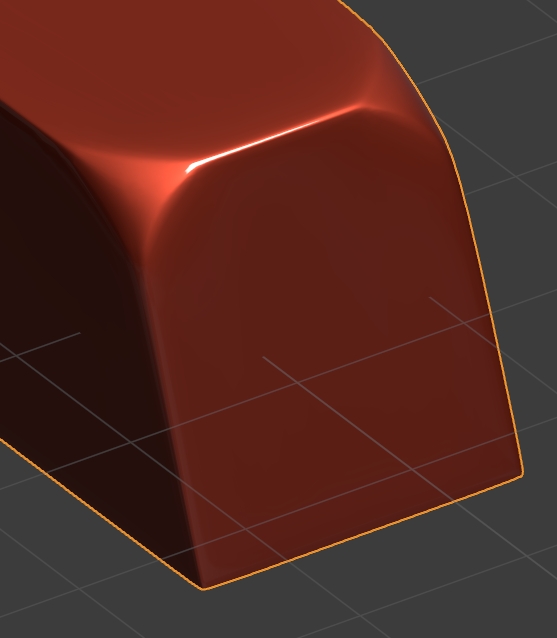