I have succesfully created a rope object using the screw and curve modifiers. But when I move the object away from the origin the path gets more distorted the further I move it away.

The only way I've been able to fix it is to apply both modifiers. This leaves me with no ability to modify the object path or rope strand dimensions easily. See below for examples. You can see the underlying sine curve

If you move the object away from the curve, on some axis, it may mess up the array, so put the origin of the curve at its beginning point, put the object at the same position, give it the Array and the Curve modifiers, and if you want your object to be somewhere else, select BOTH the object and the curve. As Metaphor said, to make it easier you can parent the curve to the object. 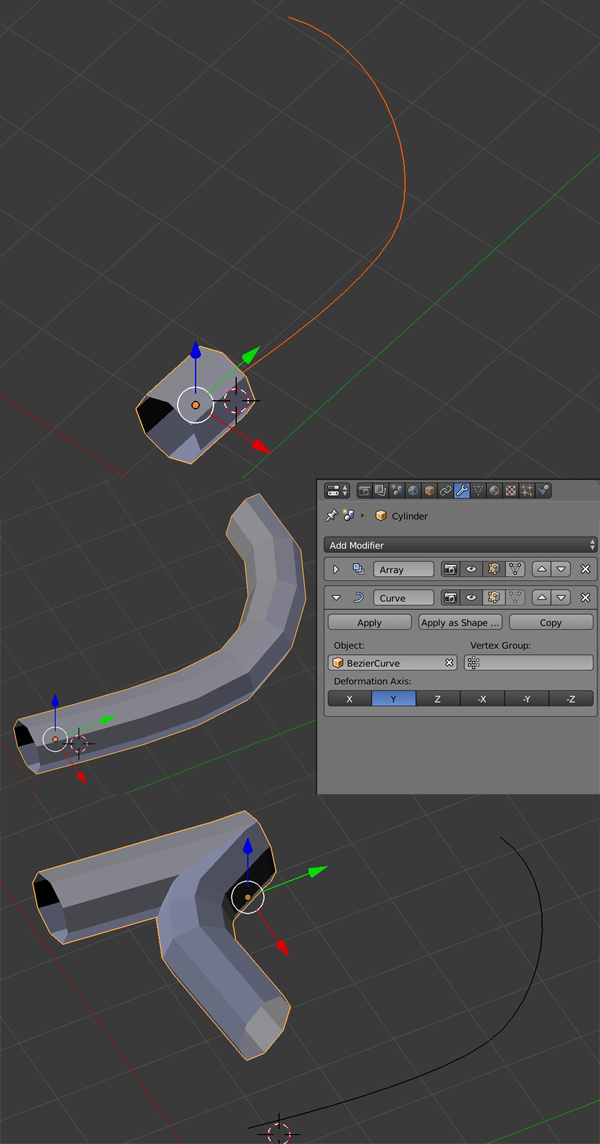 3
Set origin in modifier-stack
6
Is it possible to create a path from an existing object animation?
0
Curve after Array modifier messes object dimensions
1
How do I use the Curve Profile > Helix (3D)
1
Moving a vertex of a Bézier Curve moves the origin point of a mesh with array+curve modifier (why and how to stop)
0
Curve modifier destroying mesh when curve vertices are moved
0
Issue with the screw modifier: unable to move an animated curve