Issue with the screw modifier: unable to move an animated curve

In blender 2.93, I have created an arc then I have hooked both ends (picture 1). I could therefore animate the curve in object mode.

I used the screw modifier to play with this curve. I set a 360° angle on the Z axis which resulted in a sphere (picture 2). In animating one hook, with just 2 keyframes, I was able to produce some nice effect on the sphere, for example in producing a kind of implosion effect of the bubble (the previous sphere) (picture 3). I obtained what I wanted, unfortunately I was unable to move the project in the scene. Immediately, it distorted the result (see the last image). It was also not possible to rotate the curve without destroying the animation.

I tried to fix this : create a master, apply the modifier, apply visual transform or deltas, change the origins, convert to mesh (but the hook animation is lost!), shape key, etc...Nothing could fix the problem.

Do you know how to move the curve anywhere without loosing the cool animation? Thanks in advance! 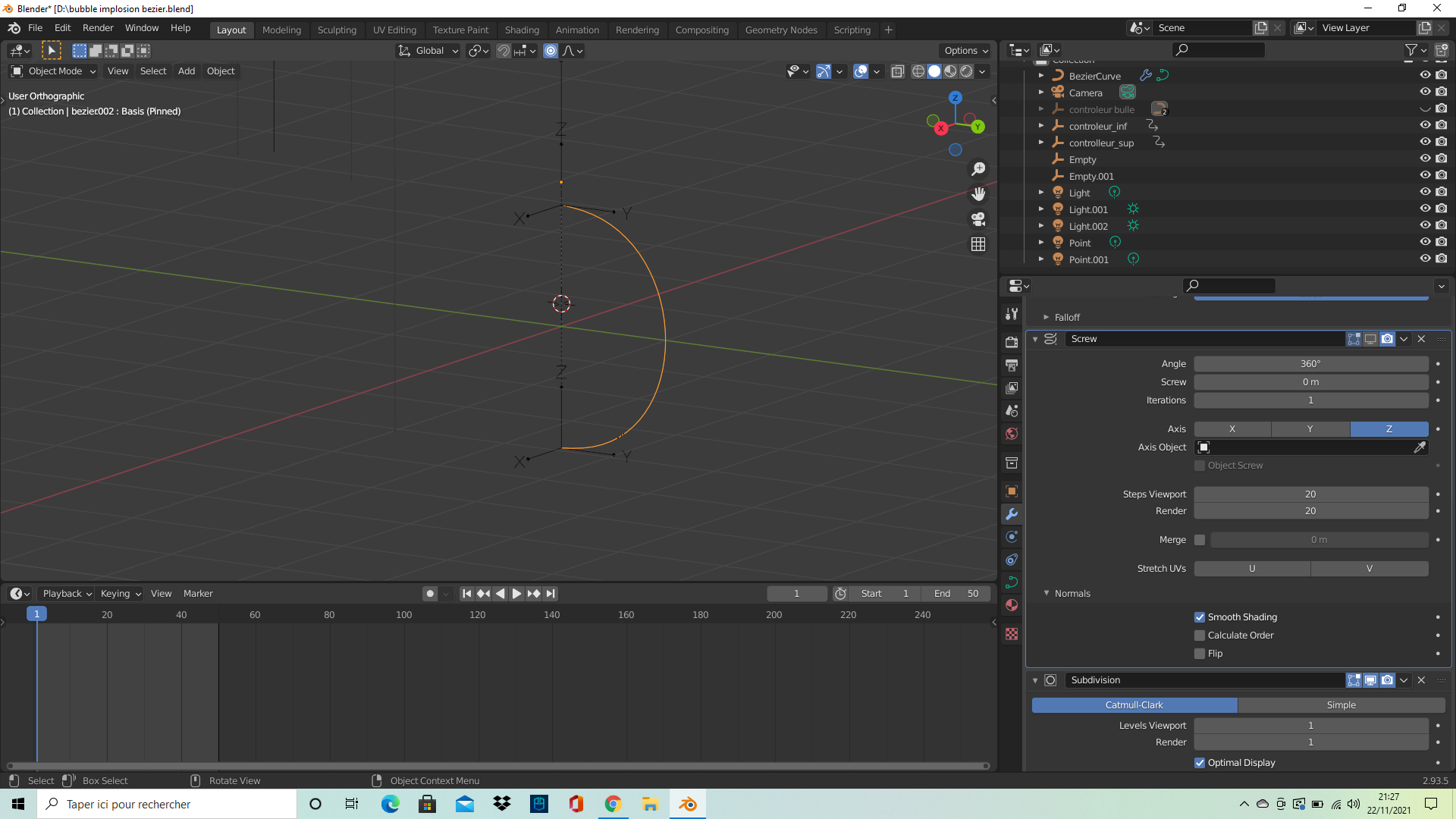 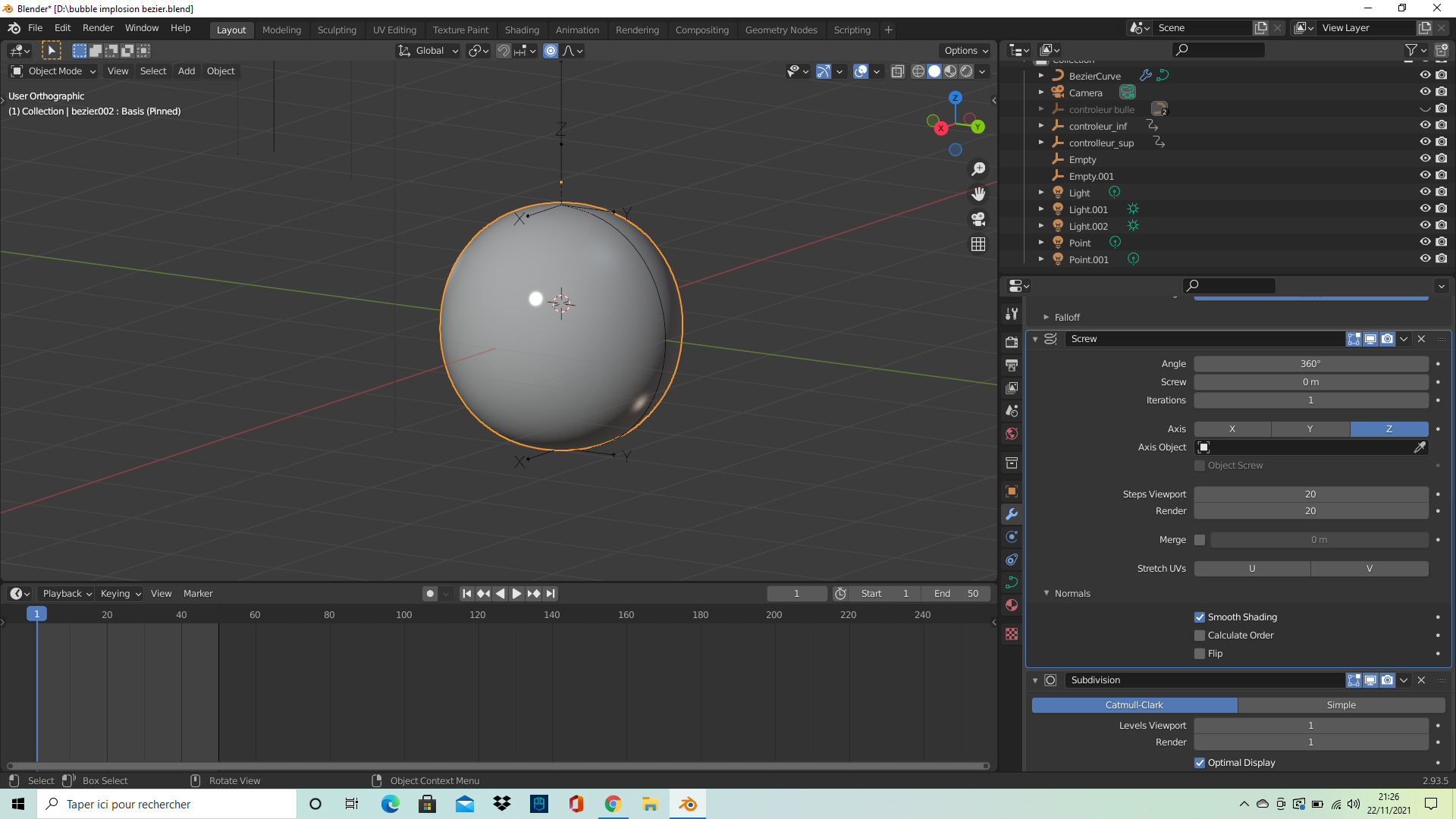 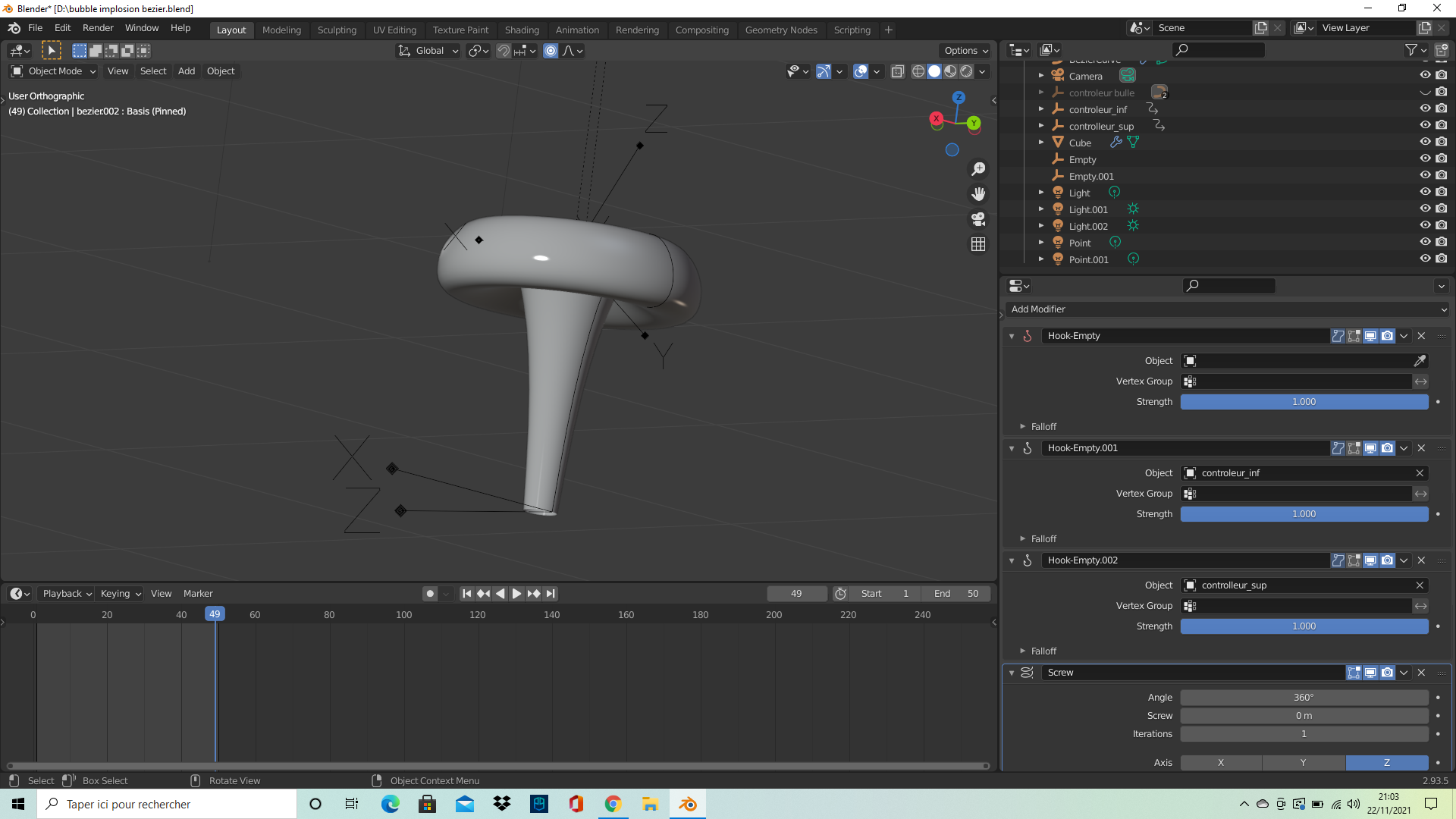 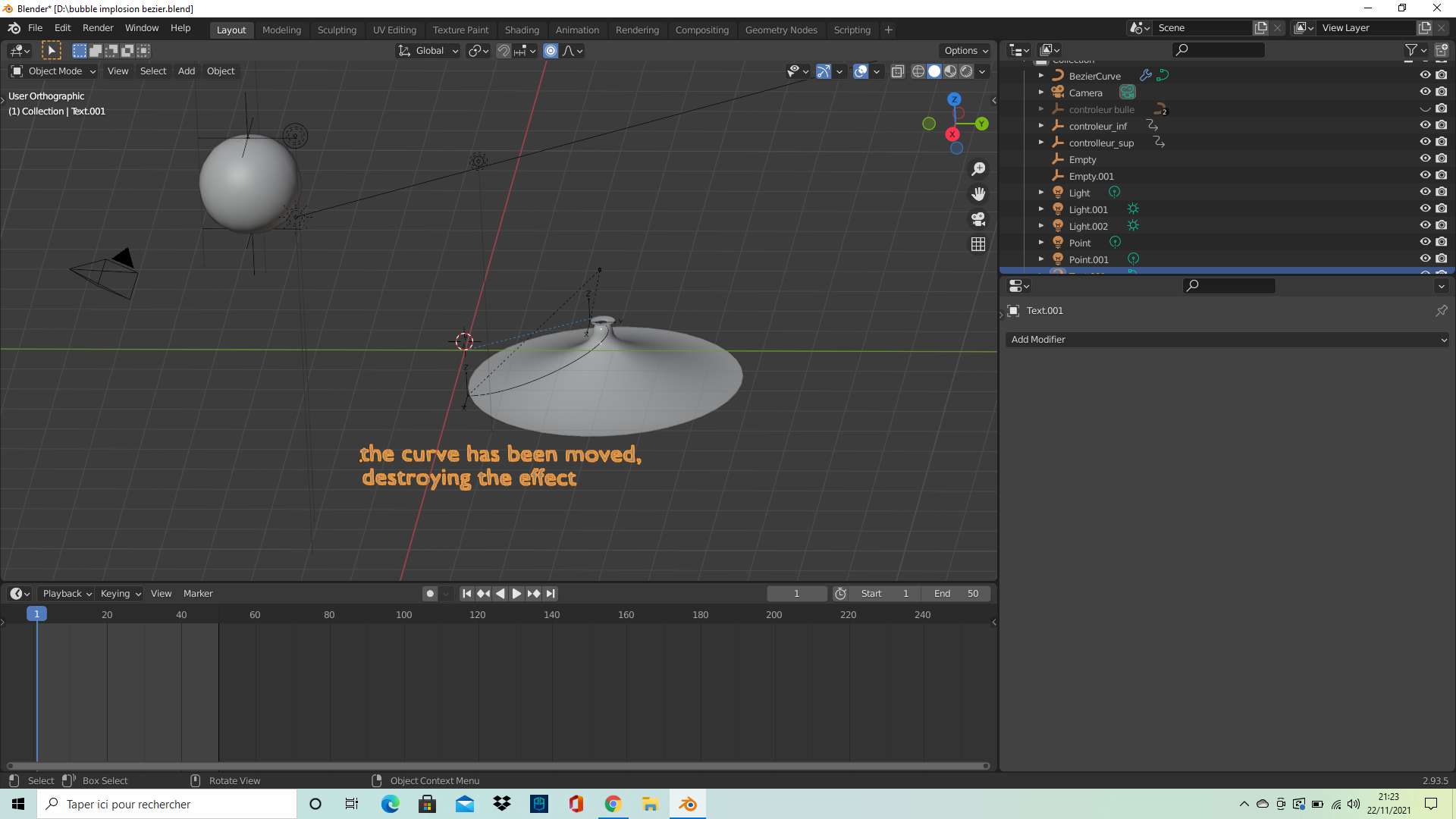 In the neutral position, (so you know where to go back to, if you want,) create another Empty at the origin. Maybe make it sphere-shaped, and make it a bit bigger in its Data tab, so you can see it easily. Call it something like 'Root'.

Now you can manipulate the hooks, and the curve, to vary the effect, and transform the whole system via the 'Root' Empty.

2
Problem with screw modifier: oval
0
Screw shape with Curve
1
Screw modifier problem
1
Screw modifier not following spiral curve
1
Making trails in a curve mesh created by the Animation Nodes add-on
1
What causes the screw modifier to fail and create black 2d slice from a bezier curve?
1
Moving a vertex of a Bézier Curve moves the origin point of a mesh with array+curve modifier (why and how to stop)
1
Revolve/Screw Modifier Using Geometry Nodes?