I'm new to Blender so go easy! I've modelled a bottle in Blender and I have a label on it. The label is really blocky so I increased the number of faces with the subdivide tool. Problem is this only shows in edit mode, in all other views, including render, the label is still blocky and I can't seem to smooth it out. No modifiers on it and if I do try and smooth it with a modifier it completely destroys the shape of the object which is just a plain cylinder. Top picture is edit mode with correct number of faces, bottom is object and that also follows for all other views. 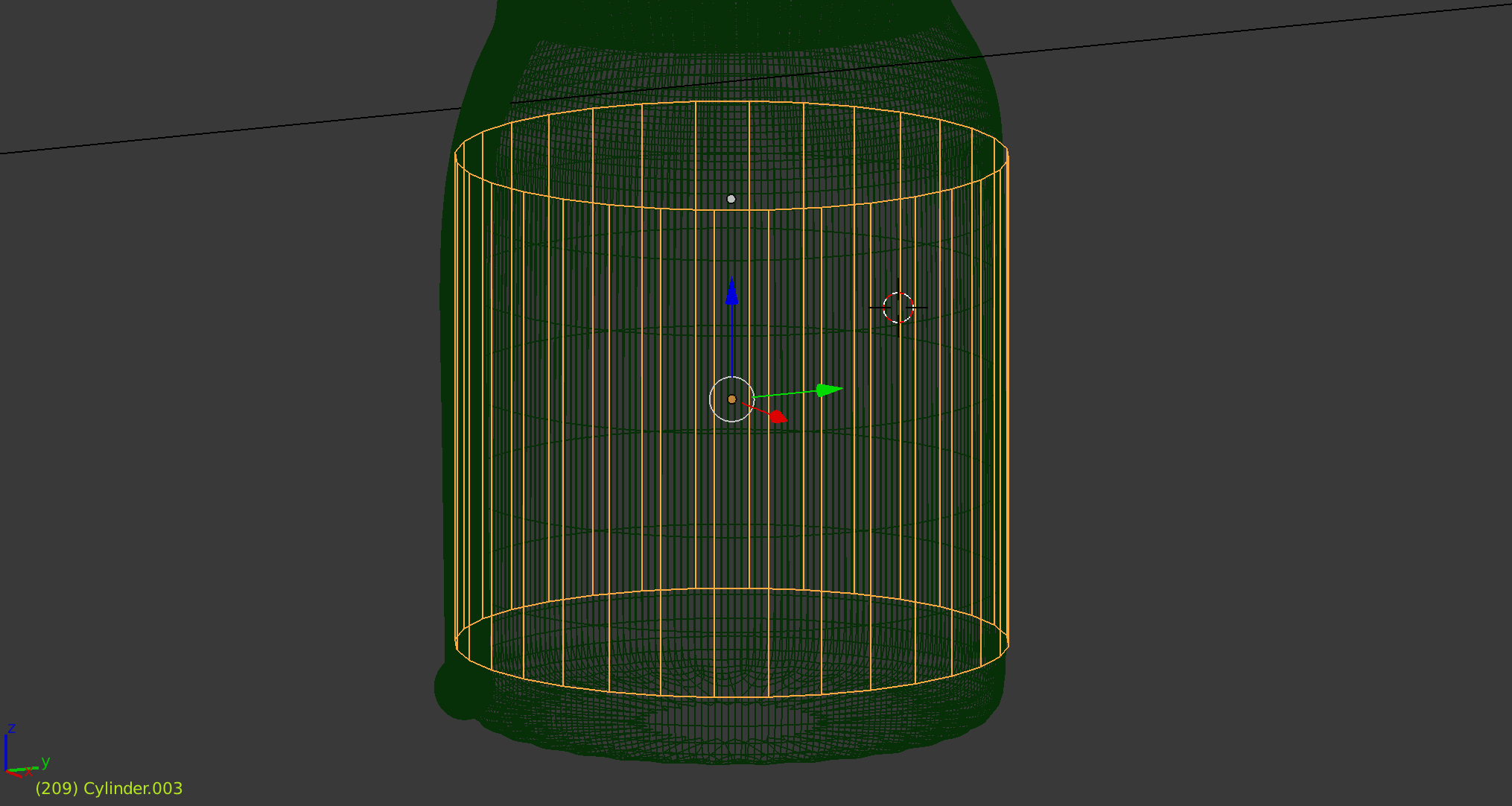 So I guess your purpose was to create an object that looked smooth. To do it, first you need to press the Smooth Shading option in the Tools panel of your 3D View. Then you need to have a high-poly mesh. The easiest way to have a high-poly mesh is not to create a lot of edges, because it will be heavy and very tedious to work with, it's much better to fake it with a Subsurf modifier.

What I see is that you have both a high-poly and a Subsurf modifier, so as you don't have any reason to have a high-poly you have to go back to a low-poly, and keep your Subsurf to fake the high-polyness.

Also, about your Subsurf modifier, decrease the Subdivisions values to 2 and 2, and choose the Catmull-Clark option rather than Simple.

Now, despite having both a high-poly and a Subsurf, you still have a cylinder that looks squared. It's because the vertical edge loops are aligned on the same axis, 5 by 5, so they create faces. So even if the Smooth Shading + the Subsurf should make your cylinder look round, these aligned edge loops tend to flatten the faces.

So to fix this, either restart from scratch with a low poly cylinder (like for example 12 vertices), or delete the edge loops that create all these faces around your current cylinder. 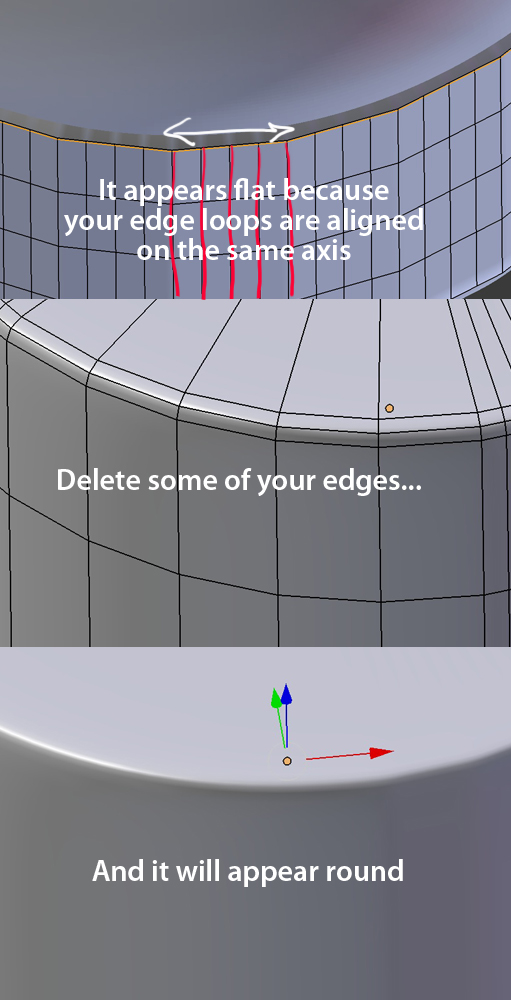