mesh shakes and detaches from my armature when in pose mode

when i try and move the arms in pose mode its a bit fidgety all though works no problem. if i try and rotate or move all the bones at once the mesh jumps out of the armature and sort of rattles when i move it. i used vertex select so all the parts of the mesh either have full or zero influence. im aware that its a difficult mesh to rig so maybe thats the issue? 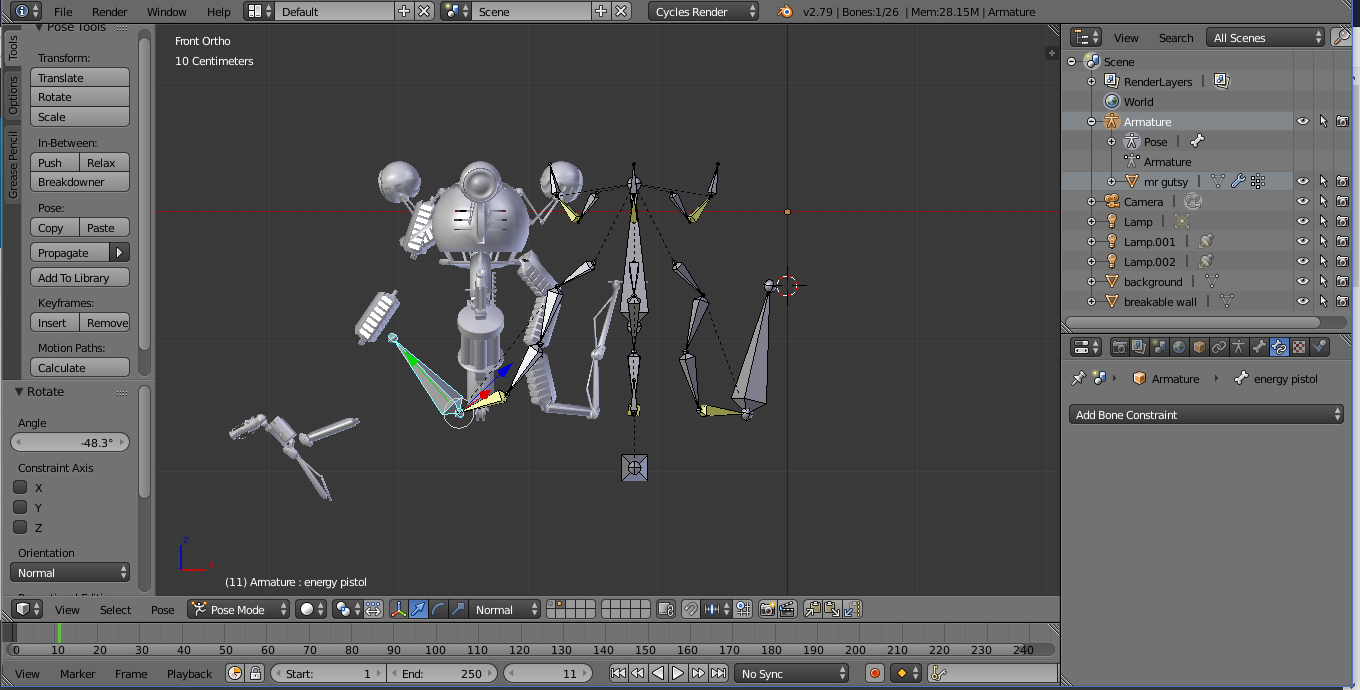 Your mesh object is unnecessarily parented to one of the bones, meaning it is not only being moved by the bones it is weight painted to, but also by the parent, which is why it becomes offset from the armature as it is being moved twice.

Select the mesh and press Alt+P and choose Clear and Keep Transformation to clear the parent.

As for the shaking, you have a dependency cycle, which can be seen by looking in the System Console (the message appears when you toggle in and out of edit mode on the armature):

This means that Blender can't work out how to move the bones properly as they each rely on each other for their position. To fix this you can un-parent the 'launcher', 'pincer' and 'energy pistol' bones. This doesn't seem to effect anything in the armature, so it shouldn't cause any problems.

5
Model won't follow its armature in pose mode
2
When in weight paint, armature is outlined in red rather than selecting a bone?
2
Pose mode mesh distortion
0
Beetle Mesh Deformation in Pose Mode
0
Armature pose position is different orientation from initial layout in edit mode, and automatic weighting problem
0
How can I stop the mesh from stretching when posing?