Can I create deep divots in my mesh using sculpt brush? Is there a better way without booleans?

The image below may help explain. I'm doing a watch band with stitched thread. Wherever the thread enters the band, I would like to just suggest a dark little hole where the needle punches through.

I was hoping to do this without making a million actual holes in the mesh, using booleans and subtracting the thread shape. It creates lots of ugliness in the mesh, non-manifold edges and shading issues.

I thought maybe I could texture paint in deep divots with the sculpt brush, and then bake that texture onto a tidy mesh.

But I can't seem to create the deep divots I want. the underlying mesh has been converted to lots of skinny triangles (due to dyntopo?) and when I try to make holes with a soft brush set to subtract, the result looks bad and wrinkles areas way outside the brush, causing lots of shading problems.

What's the best way to do this? paint black dots onto my watchband texture? That's gonna look fake up close. Re-do the mesh somehow so it's much smaller and finer? Am I just using the wrong brush (the default one)? Is some setting the reason my brush seems to affecting areas of the band way outside its radius, even with dyntopo and a resolution of 3 pixels? 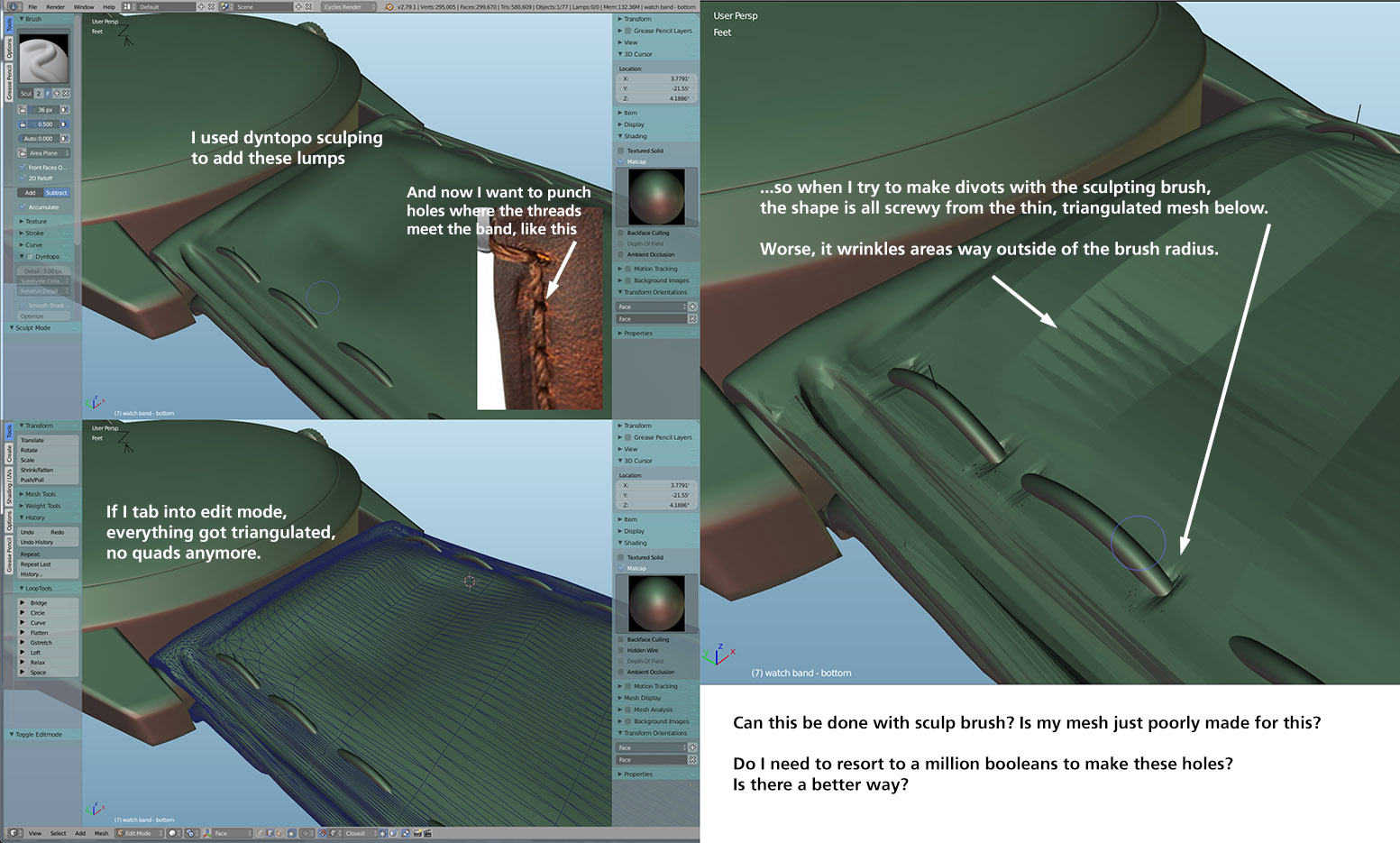 Well, after banging away for a while I concluded that the brushes are not really made to creating deep pits like I was thinking, an that actually editing the mesh would make the realism I want. So I went back to an earlier version of the watch band, one with the subsurf modifier still intact, and added lots of loop cuts until most of my faces were squares and there were no long skinny triangles. Then I increased my subsurf level from 2 to 3, made a backup, and applied it. This gave me a ton of evenly distributed geometry to work with.

Then, rather than trying to do it with a brush, I simply went to the top-down view, in vertex select mode, used the circular selection tool, and just selected a blob of vertices near each entrance/exit point of the thread.

Next I did proportional editing mode, sharp falloff, used individual origins, and just did G, Z to move the select vertices downward to create little pits.

The result is what I had in mind and looks pretty good when rendered. 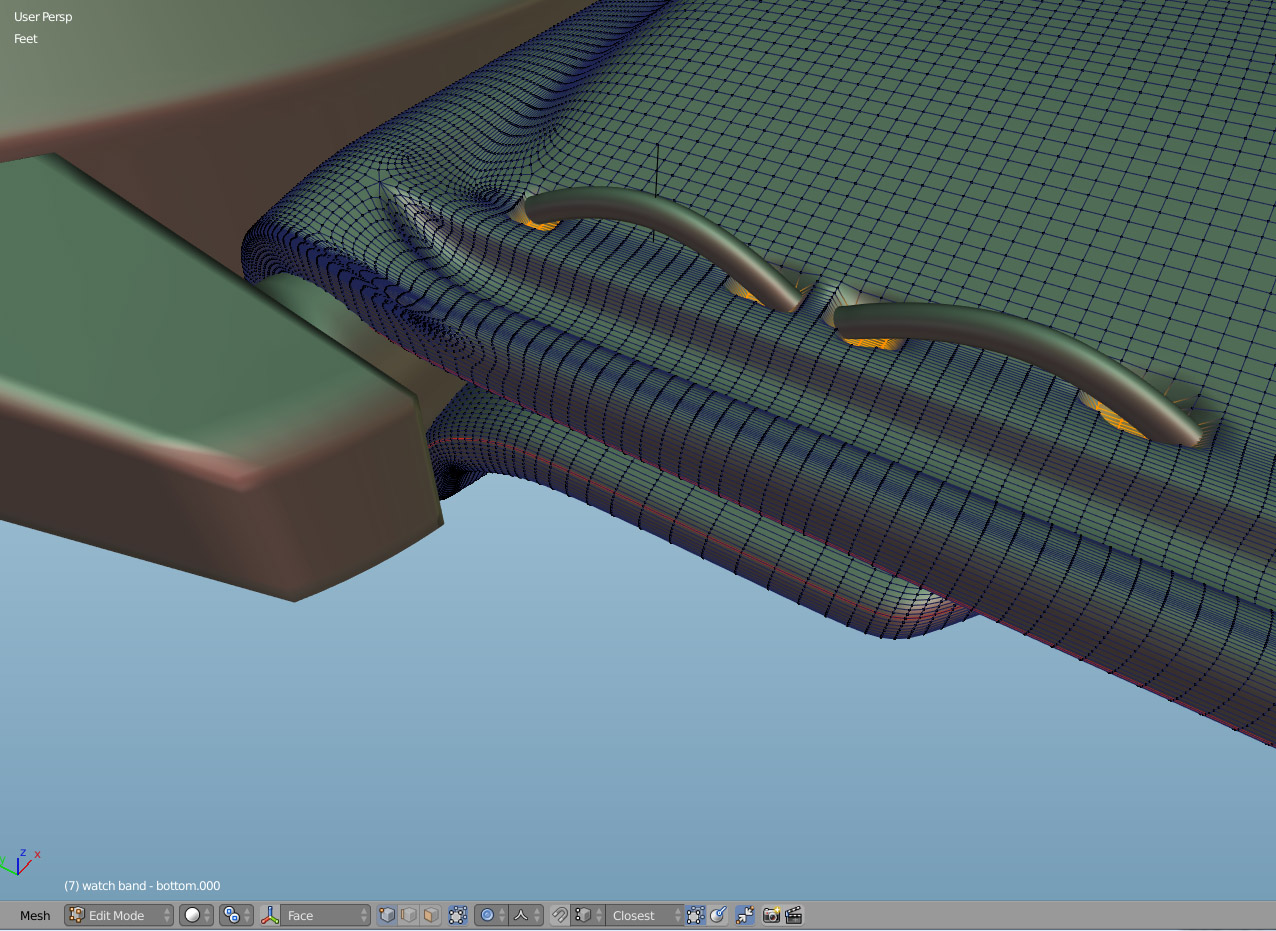 Not the answer you're looking for? Browse other questions tagged mesh sculpting dynamic-topology or ask your own question.

3
Is there any "Show Brush On Surface" option in sculpt mode?
1
Using the Grab brush in Sculpt mode
4
When using Dyntopo, is there a way to adjust how far each vertex is pushed or pulled?
2
How to randomize holes in a mesh, like with a particle system?
1
Texture painting from Plane to mesh? Like 3ds max
4
Sculpt brush not orienting to mesh surface correctly
1
Draw straight lines for sphere/polar coordinate meshes