I'm used to rendering heavier files but cycles isn't rendering the one I'm currently working on for some reason, it renders just fine in the viewport even with the sampling increased exponentially and it still only takes around 60mb of memory but when I render the scene it says out of memory and doesn't render. plus the model isn't visible through the camera with viewport render.

You have two problems:

The first one is that you have set the subsurf modifier to a very high number of subdivisions for rendering. 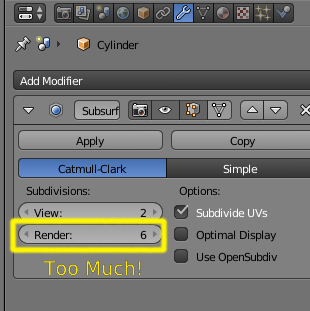 The second problem is that you are trying to use depth of field on the camera, but have set the focus distance to zero, so your scene is completely out of focus, and it renders all gray. 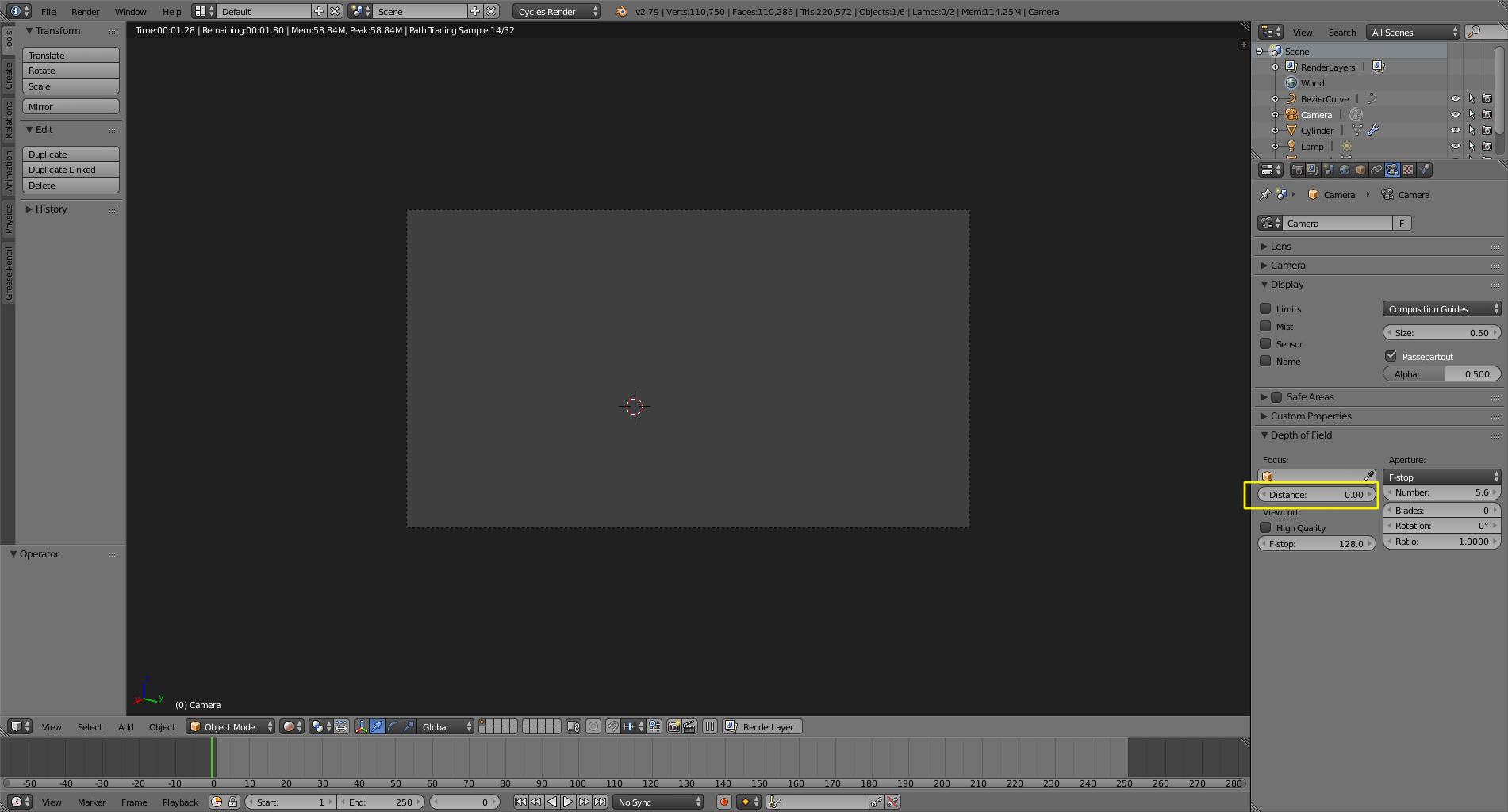 Set the focus to the distance of the object , or select the object as your focus target. 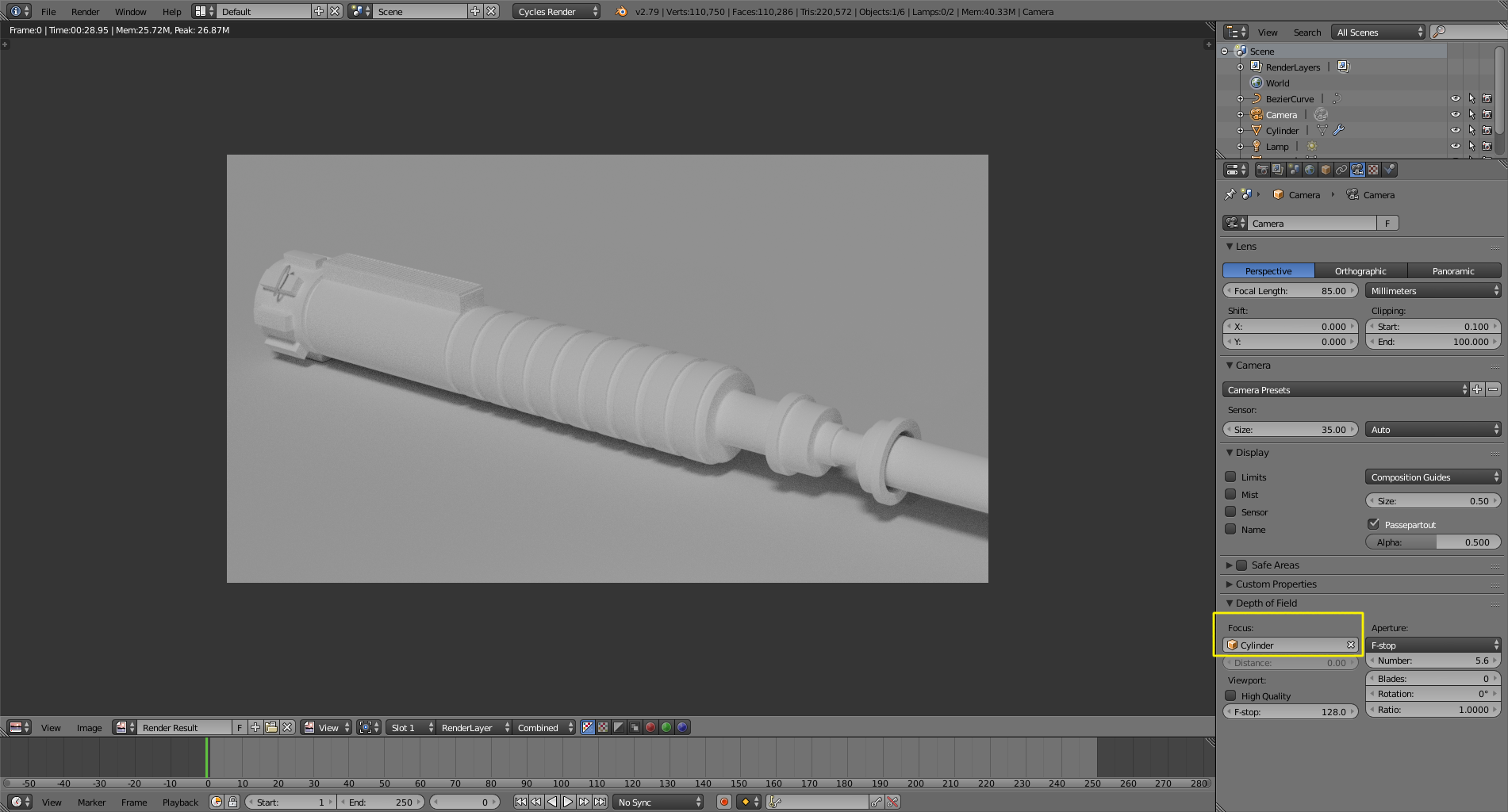 1
When rendering fire and smoke the camera will not render the smoke/fire effect, but the viewport will
4
Why can't I use "GeForce 9500 GT" for GPU rendering with Cycles?
0
Blender stopped rendering with cycles