Why is render stacking less efficient (noisier) than rendering normally?

Why are stacked renders noisier than straight renders which have the same number of samples?

Using this technique for resuming noise based on the rate at which pixels change outlined on the wiki (further explained on BA), I have run some tests. I'm not sure I understood the entire measuring process correctly, so I hope I haven't measured anything wrong..

As an interesting side note, the combined image has fewer fireflies than the straight render.

The setup of the "Noise Detect" node group is:

Now if I understood correctly, the brighter the pixel, the faster it changes (the more noisy).

The histogram for the straight render:

The histogram for the combined render:

And an overlay version. The straight render is orange (click for full size): 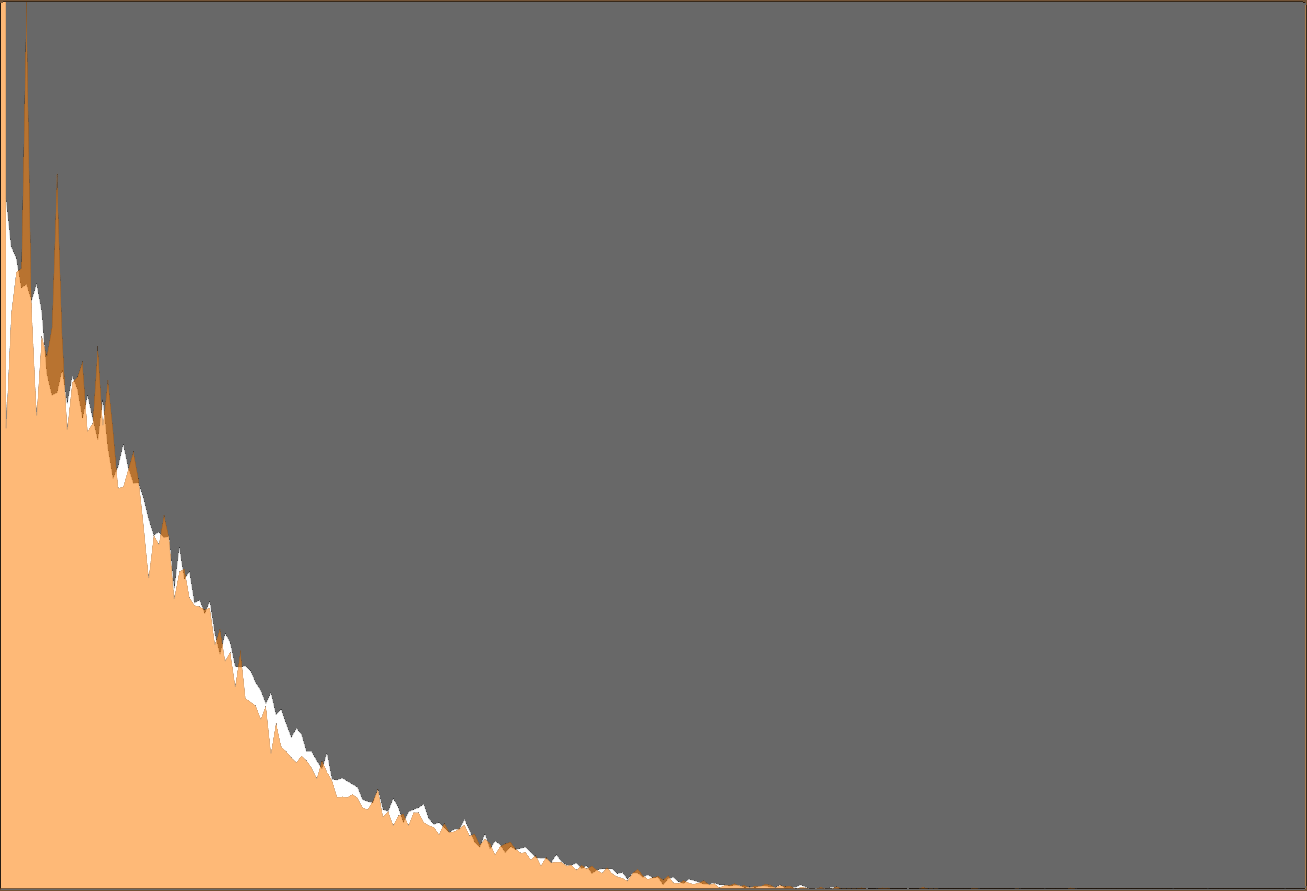 As you can see, except for occasional spikes (fireflies) the straight render is changing less, which means it's less noisy according to the above links.

Assuming my above tests are correct, what is the reason for this and is there a way to stack renders more efficiently?

Here is the blendfile used for testing.

That means it will try to evenly distribute samples so rendering converges faster. If you render multiple times with different seeds however then this even distribution is lost because it mixes different distributions without ensuring that the combined result is even too.

Since Blender 2.78 there is a sample offset command line option to avoid that problem, where you can set it so that each render uses a subset of samples from the same distribution.

You need to use more samples per seed - 10 samples (from the regular Path Tracing integrator) isn't really enough to sample all the materials and lights consistently. Try 100 or even more.

That said, stacking seeds will never really be as accurate as a straight render, but the more samples per seed you use, the more accurate it will be. I use this method purely as a resume-able render type of thing.

7
Reducing noise in interior Scenes caused by many lights using Cycles
8
Managing/Reducing noise in a night scene
7
Why do fireflies increase with number of samples when using a hdri light source?
9
Same rendering gives different noise amount
0
Noise on glass in cycles
0
Strange Cycles noise pattern not based on samples or denoiser - bug?