how to rig this object (function compass)?

I'm trying to make something like a compass which is used to draw functions on paper. 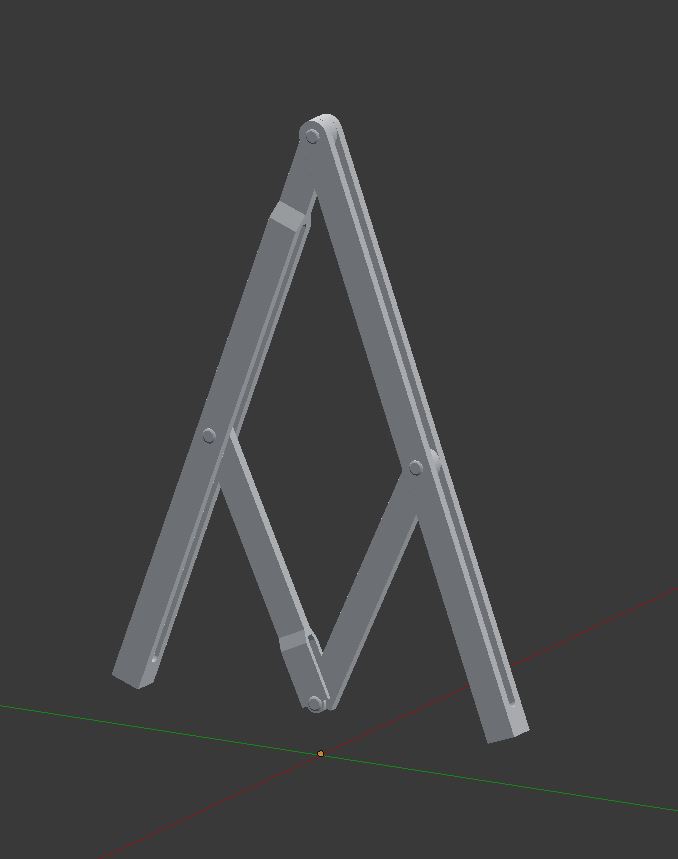 but I'm stuck and I have no idea how to rig it.
I want to make an animation to show how it works and I want to make an interactive bone so when the two legs move on their axis the parts in the middle move with them and become wider or thinner when the legs get separated or close to eachother.

Update: well I made an armature myself and it almost works. The only problem is I don't know how to pin those holes together.

the whole thing is I have rigged humans but I don't know how to rig mechanical parts.

Update 2: I tried to use a copy scale constraint to change the scale of both vertical and horizontal bones (middle ones) together but the problem is when I scale one of them up the other one will scale up as well (which is actually why its used for) but the other bone should be the smaller so the joints stay together.

How to inverse the copy scale constraint?

update 3: first of all sorry for the question itself its a bit confusing so I made a animation of what I'm trying to do (it uses a simple armature)

The trick is to use IK constraints mostly. Here's my setup: 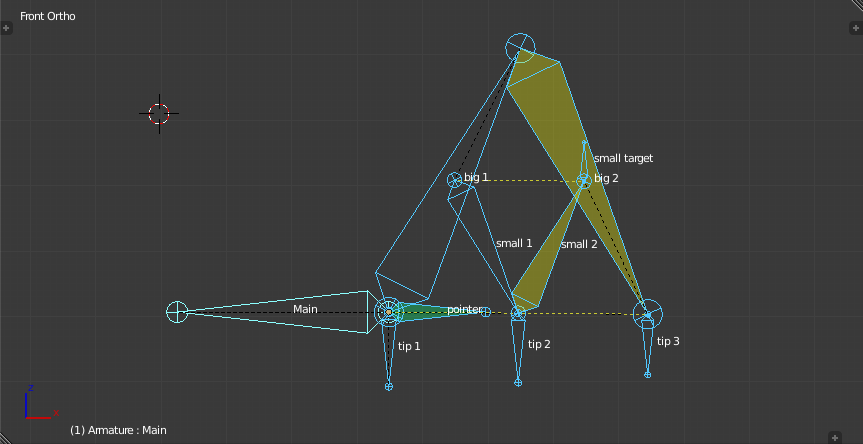 tip 2 might need a copy rotation constraint to tip 1 or tip 3 if you rotate the whole rig other than around Z.

Main is there to move everything. A handle of sorts for the whole compass.

pointer has a locked track constraint pointing to tip 3. Since the IKs are parented to it, they act in local space and won't flip even if the compass turns upside down using Main.

Now the rig moves correctly whether you move tip 1 or tip 3.

If you're having trouble using a rig, you could always use shape keys! To add a shape key, go to the object data panel and click the + under shape keys. The first one will be the basis key and then add another one. With that one selected, go into edit mode and adjust the mesh how you want it to look. Then go to object mode and drag the slider bar under the shape key and you will see it work.

Not the answer you're looking for? Browse other questions tagged rigging bones or ask your own question.

1
How can I rig an extension arm using only constraints?

2
How can I rig telescopic parts to move one at a time?
11
How do I rig this bridge in Blender?
0
Bones parent-child relationship on different axis
0
Bone Constraint Copy Scale on multiple bones in chain bug?
0
Strange twisted bone with Copy Rotation
1
3 part mechanical joint following 1 bone?
0
Giving Multiple Armatures One Parent