Use custom properties (variable values) in the node editor

An object's Custom Properties panel looks like a great way to inject variable values in the Compositor: 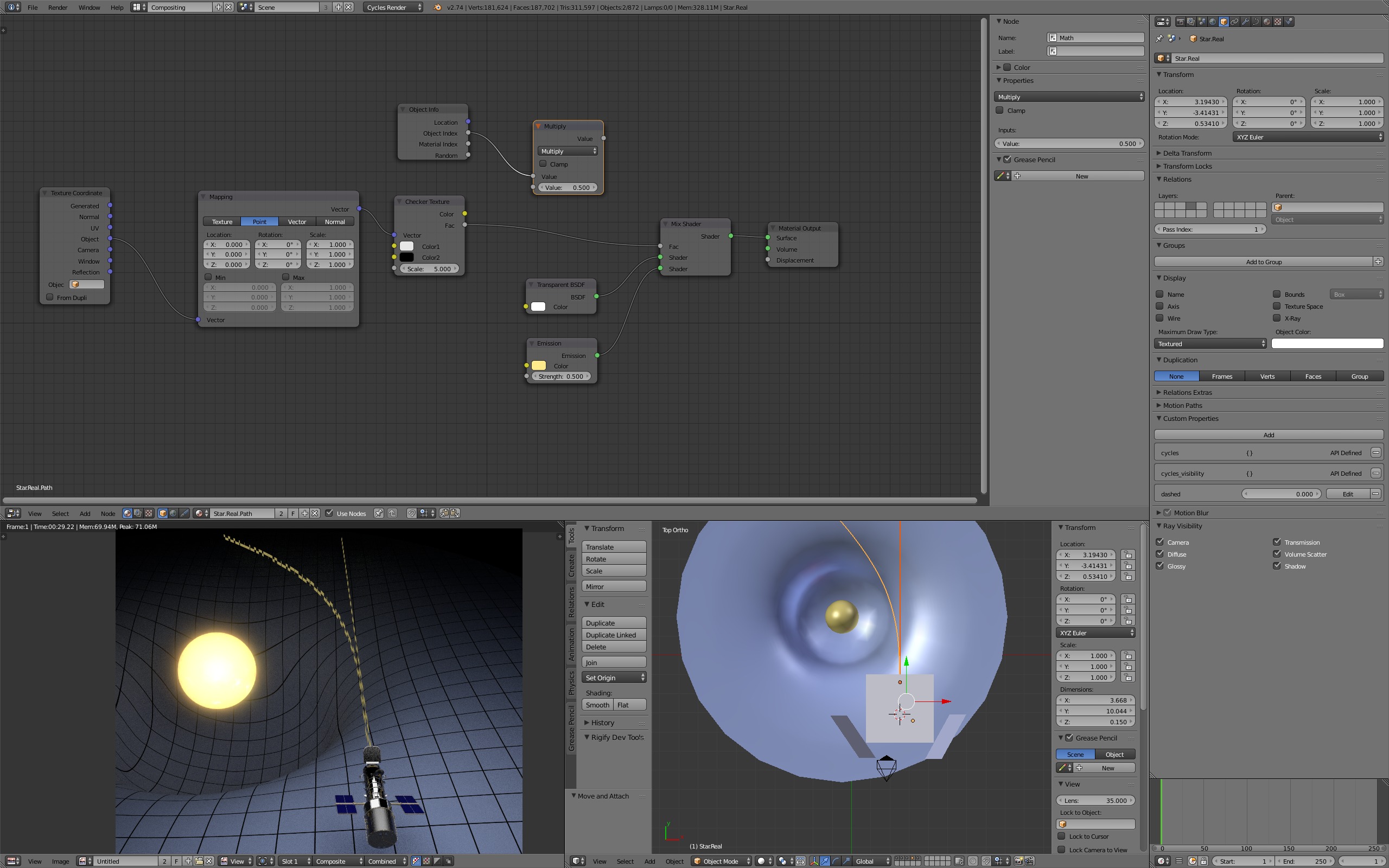 However, there does not seem to be an Input that defines a reference to the Object Data's Custom Properties.

In the above image, I wanted to reuse the same Material Node setup for two different objects. The difference being one has transparent checkers (to create a dashed line) and the other is solid.

I thought about using the Object Index, but that seems like a lot of work just to toggle a multiplication factor.

This is a general-purpose question. I'm not asking specifically how to make a reusable dashed or non-dashed line (i.e., Transparent shader and Checkered Texture). I'm asking how to reference various types of variables within the Compositor so as to program Material Nodes with different capacities.

To do this, you need to use your custom property to drive a value node.

This is possible in either the material or compositor node trees. Below is an example demonstrating the process in the compositor, and at the end I'll also include an example from a cycles material node setup.

That's it. You're value node is now connected to the value of your custom property, and any changes you make to the custom prop will be reflected there.

In the compositor, however, changing the custom property does not immediately trigger a scene update, which means the result will not be shown until you perform some other action that updates the view. In the example below, I simply Ctrl + LMB clicked on the Color node to reconnect the Viewer node, which updated the view.

1
Building a Shader Switch | How to get custom values from individual objects?
2
Using 'Float Property Layers' value in Node Editor (similar to Vertex Color)
1
How to customize a material without duplicating it?
0
Driver variable prop (ID-block) : referencing the current object
1
Animating running lights

1
How to use Node Editor for the Video Sequencer?
2
How do I use the node editor for material?
4
Node properties panel missing in compositor
5
Object material that is completely transparent, but occludes other objects
2
Trying to drive values with custom properties
0
my render isnt showing hdr reflections
0
How to use custom properties as a color panel?