Is it Possible to Create an Opalescence Shader in Cycles?

Is it possible to make an Opalescent shader in cycles?

Opalescence is a type of dichroism seen in highly dispersed systems with little opacity. The material appears yellowish-red in transmitted light and blue in the scattered light perpendicular to the transmitted light. The phenomenon is named after the appearance of opals. 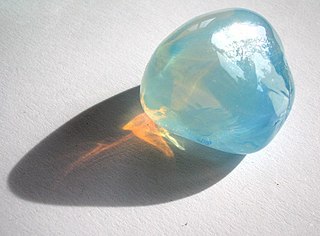 I attempted to do something similar by mixing to glass shaders with IsCamera ray as the factor: 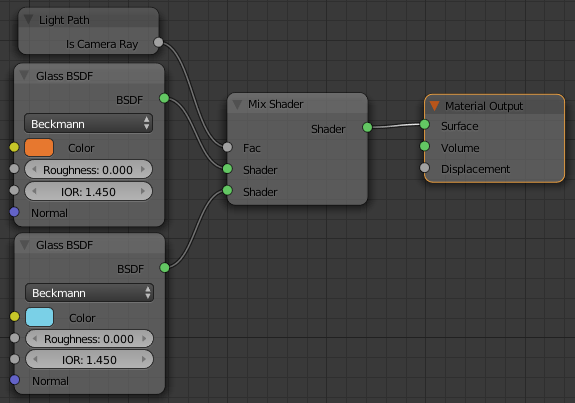 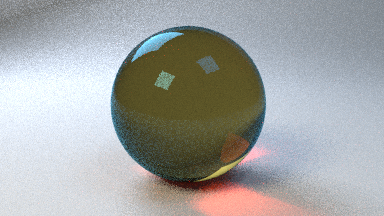 How can I make a shader with separate color inputs for the caustics and the object itself? Or if it's possible, make a more physically based opalescence shader?

Update: I managed to separate the caustics from the object with this node setup: 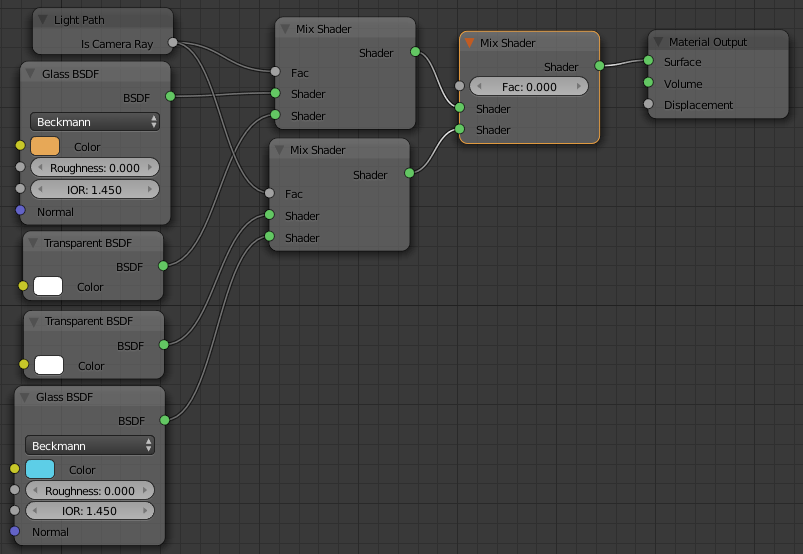 However, I can't seem to mix them. Here are results with the Factor of the last mix node at 0, .5 and 1: 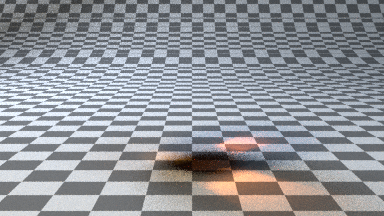 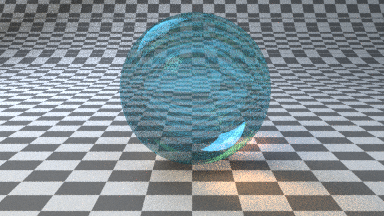 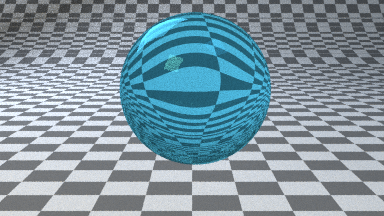 I did not expect setting the factor to .5 to work, though I'm not sure why using an Add node blows it out: 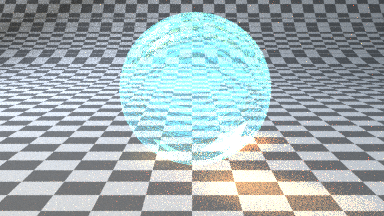 I could composite these together, but I would prefer to have it work in one material if possible.

How can I accomplish this?

The Problem here is that you have to use two different shaders that both use refraction rays. That makes it difficult to find a separation that lets the one shader cast rays on other objects after doing refraction and the other rays casting rays into the camera after refraction but not cast rays onto other objects.

I found this node setup to work: 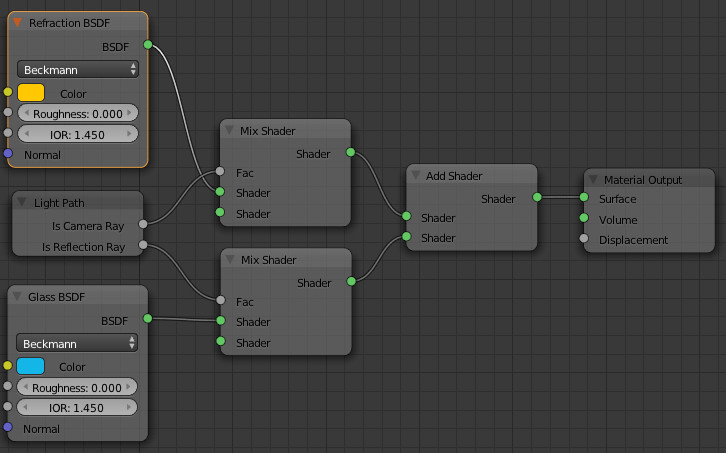 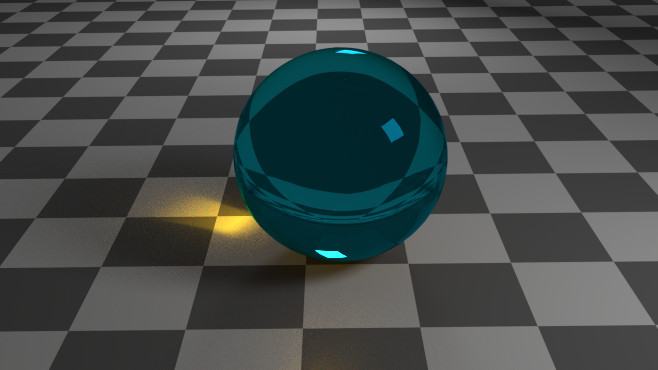 Of course this is not physically correct and somewhat a hack. But with a little extra work you should be able to simulate a rather good looking opalescent shader. 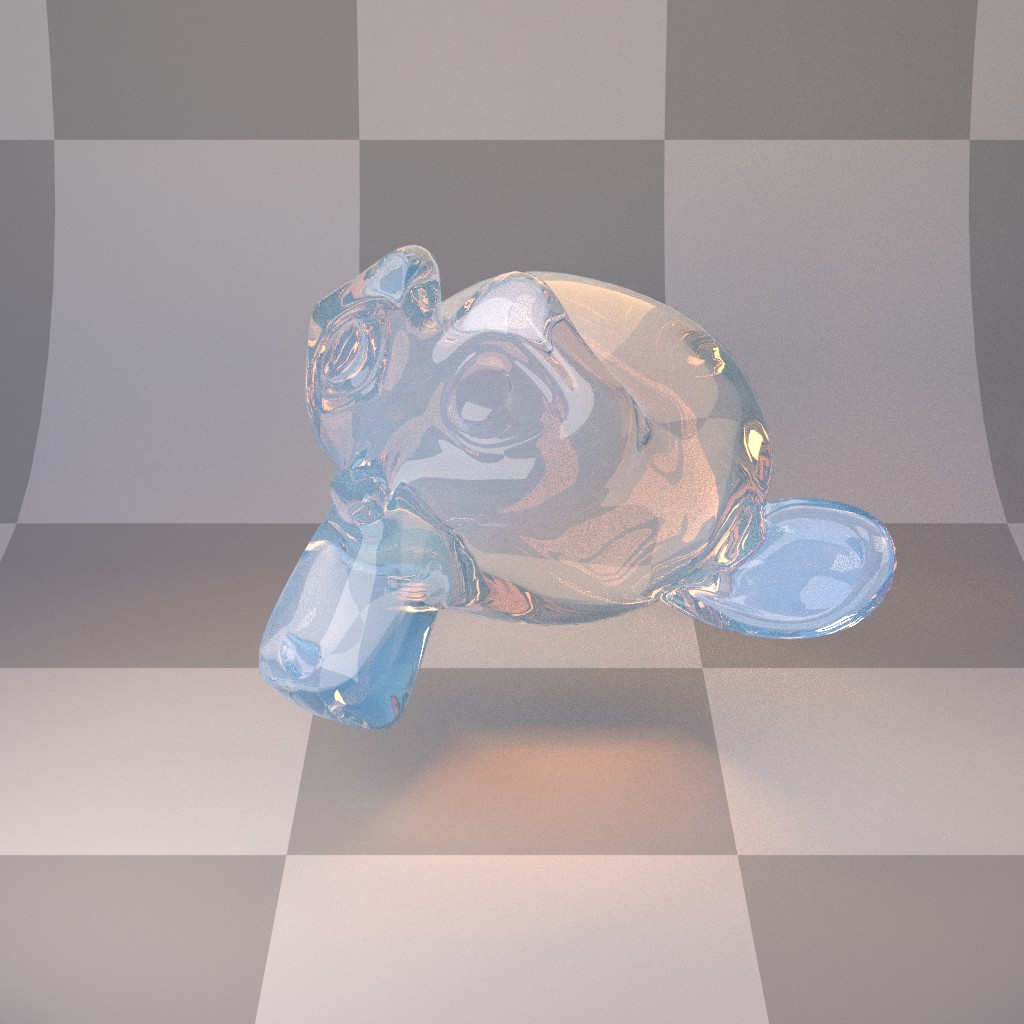 I combined a dark blue SSS shader and a white Glass shader with an add shader, and used an orange volume absorption to achieve this result. 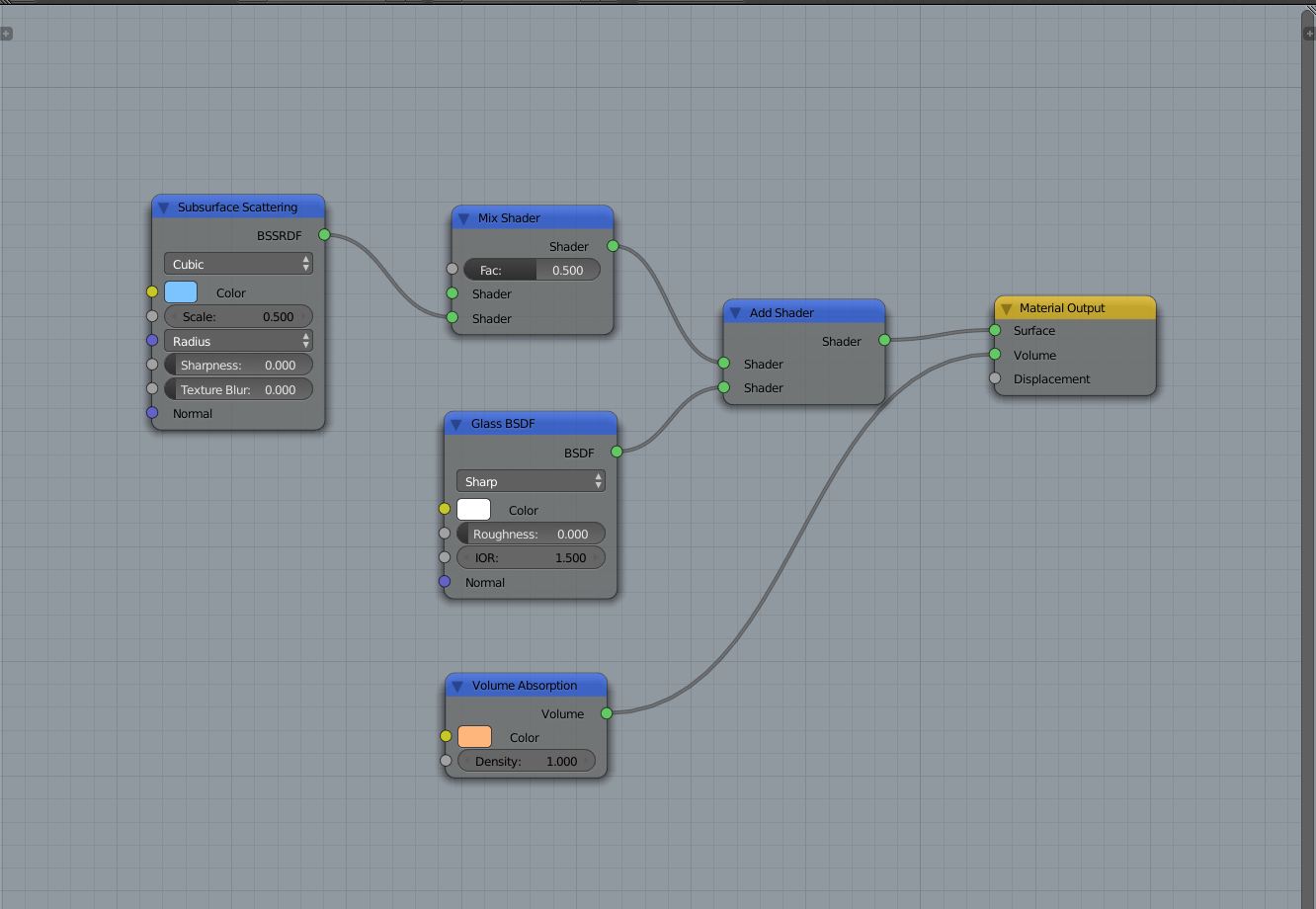 14
Dot matrix display in Cycles?
2
Is it possible to simulate Fluorescence in cycles?
3
Mixing two shaders based on raylength
11
Is it possible to simulate an optical fiber with cycles?
48
How to create a mirror shader?
6
Why does this add shader create so much noise?
1
Creating volumetricaly layered materials in Cycles
4
Correctly combining a two layer material in cycles