I have pressed CTRL + R to create a loop cut which is interrupted at the left side of the front wall. I am not sure why my loop cut stops instead of going all the way round. 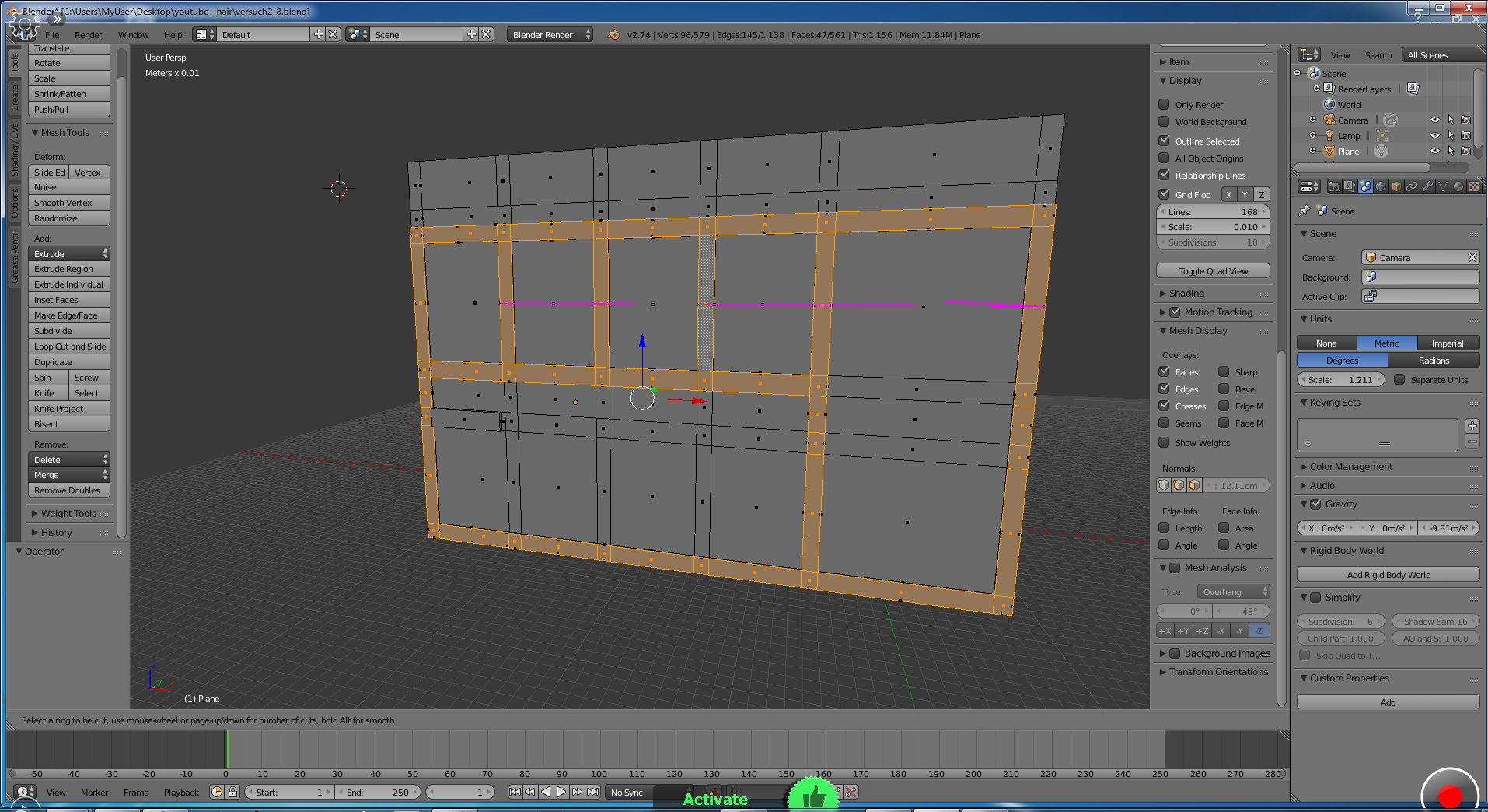 First, I have edited your question because the term you were using in asking your question was not the right one. In fact, you were asking about loop cuts, not edge loops. The difference is that an edge loop is a set of existing edges linked end to end, while a loop cut defines a path upon which existing geometry will be modified to add a set of edges.

If you switch to vertex select mode, you'll see that the loop cut is interrupted because the two large faces just beyond where your desired loop cut ends in your screenshot are n-gons. There are six vertices around the perimiter, three on the top and three on the bottom of each face. A clue to this is the fact that in the right-most inset faces, in face select mode, the squares designating the center of mass of the faces is offset to the right, when compared with the other three.

12
Loop-cut won't go all the way around
1
Why can't I create edge loops inside of my mesh
0
How to fix loop cut creation?
0
Loop cut doesn't make a full loop
0
Why can't I make a vertical loop cut on this object?
0
Why does this edge loop problem happen?

16
why does loop-cut-and-slide ignore some faces but not others?
2
Fixing disconnected vertex
4
Rotating face downwards
2
Why won't my model unwrap?
0
Why are my loop cuts not consistent?