Does anyone know the best way to change shadow colors?

I have used the shader nodes to almost get what I want, however I am running into many difficulties. I am making isometric 2D sprite art to a mod an existing game so I need to work within the confines of the game engine. I need my main shadow cast from the object to be red, and the transparent areas to be green. I tried setting up a green plane to act as the transparency background and as a shadow catcher however the red shadow is becoming yellow. Also I need some shadows on the 3d model to act act like normal black or greyish shadows so it has a 3D rendered look still. I am so confused which way to go from here. I have spent hours reading tutorials and watching videos. I have come close to what I want but perhaps somebody can think of a better way. Maybe I need two light sources, one for regular shading and one for the main shadow. To reiterate the main shadow needs to be red. Like I said I have gotten close in nodes but the red does not interact with the green plane well. Maybe I need to make two planes as well? One a simple shadow catcher and another that is green? My problem is that having the green one that doesn't interact with shadows or reflect back green placed under the shadow catcher makes it invisible. Do I need to make the shadow catcher transparent or able to pass shadows/light?

I know I am making this more difficult than it has to be, perhaps there is a way to render images onto a green canvas instead of having the green background actually in frame. Since it is hundreds of frames I rather not crop out and paste by hand onto a green layer in GIMP or something like that. I'm not ready to give up, five years ago I was able to do it but now I am lost.

Also I need the main red shadow to be hard as opposed to soft. Another issue I have is the light source still turns my shadow almost white in the center, I need it be solid red. I have included a mock up of what I would love to achieve if anyone can please help me.

I really appreciate any and all ideas and am open minded to changing my approach. 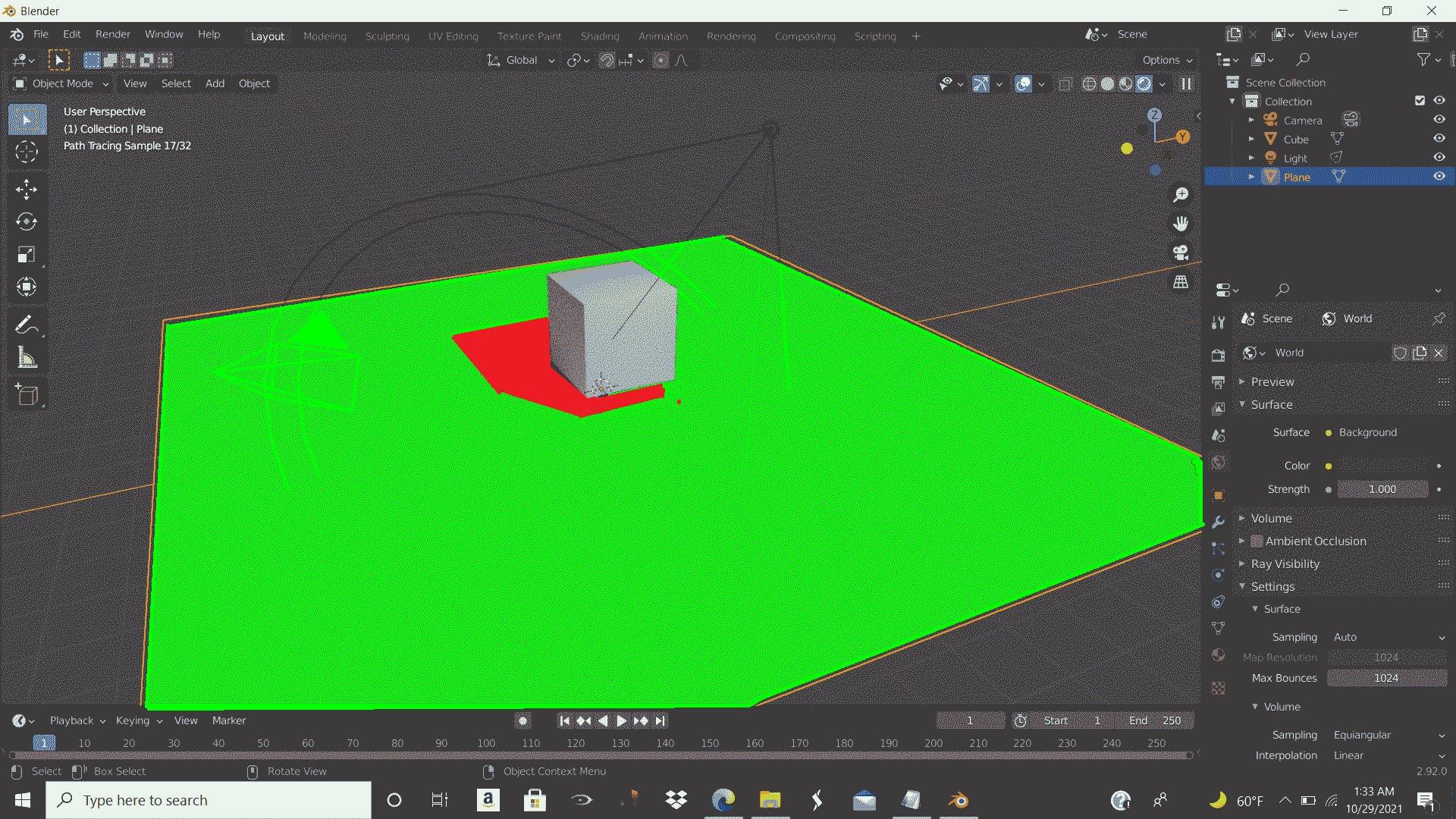 Browse other questions tagged shaders camera lighting shadows or ask your own question.

3
Transparent object shaddows in volume material [Blender Internal]
5
2.81 Transparent Background Shadow Catcher
1
Why does the guard of my sword glow when it shouldn't
3
Material that receives shadows but no shading
2
Realistic folded transparent/translucent shadows