Mirror Modifier Not Working for me

I have created a partial head from a sphere in Sculpting mode. Then I clicked on + and then General Layout (as per a Youtube video on sculpting). The video is a bit peculiar because he ends up having to delete several copies of the UV Sphere.

Next I added a UV Sphere (which appeared inside the head). I then switched to Wireframe and then proceeded to scale and move the UV Sphere to the right eye socket.

Then, with the sphere selected, and the 3D cursor positioned between the two eye sockets, I added a Mirror Modifier. But every time I do this the mirror image appears in the same space as the original sphere.

I saw in another post that one should select Object > Set Origin > Origin to 3D Cursor which I did and still I get the same thing. I want the mirror image to appear in the other eye socket. 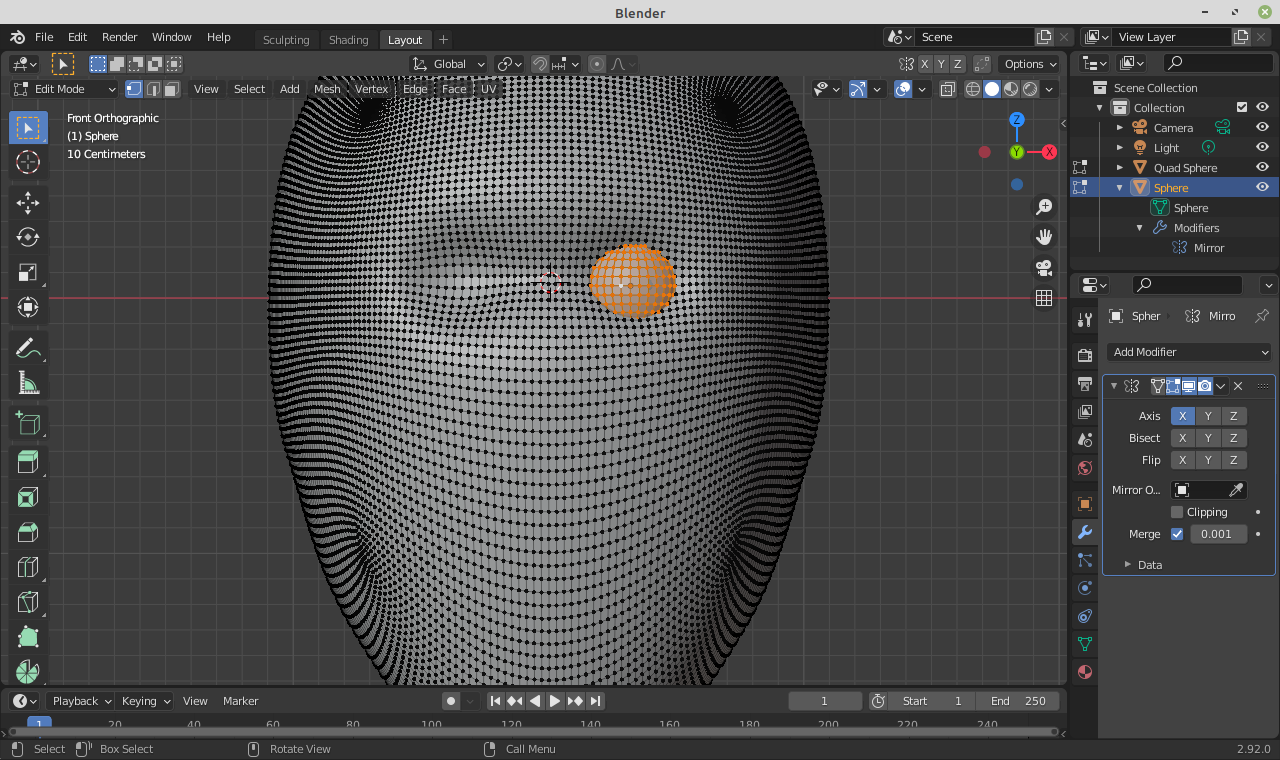 I got it to work. It appears you have to select Object > Set Origin > Origin to 3D Cursor AFTER adding the Mirror Modifier.

Seems rather bizarre to me.

I would have thought you would set the origin first and THEN set the Mirror Modifier.