Why does my texture bake come out as completely black? (The age-old question.)

As many people before me, I'm trying to bake a terrain texture from a Blender material for Unity, and hence not illuminated by light in the scene.

I noticed a ton of forum posts by people with similar issues, but not one of the proposed solutions worked for me. I tried piping the colour output through an emissions shader instead of the principled bdsf shader and baking as the "emit" type, but to no avail... still black. I tried a glossy bake type... black. I recalculated normals, double-checked UV map, duplicated and replaced original mesh for good measure... stubbornly black. I'm trying to do it the emission shader way, so obstruction by other objects isn't the problem.

I'm stuck, and all the internet fixes are failing.

Edit:
It looks like the emission shader doesn't emit anything in the render view, which I imagine would make the bake always black. Time to investigate that!

Ok, it turns out that a node group that I appended from Poliigon ("Poliigon Colour Variation") somehow breaks the baking process. I'm not really sure how, since I thought the group was meant to be a black box that takes colour in and pipes colour back out, but it might be useful for others to know. Here's a screenshot of the meddling node group: 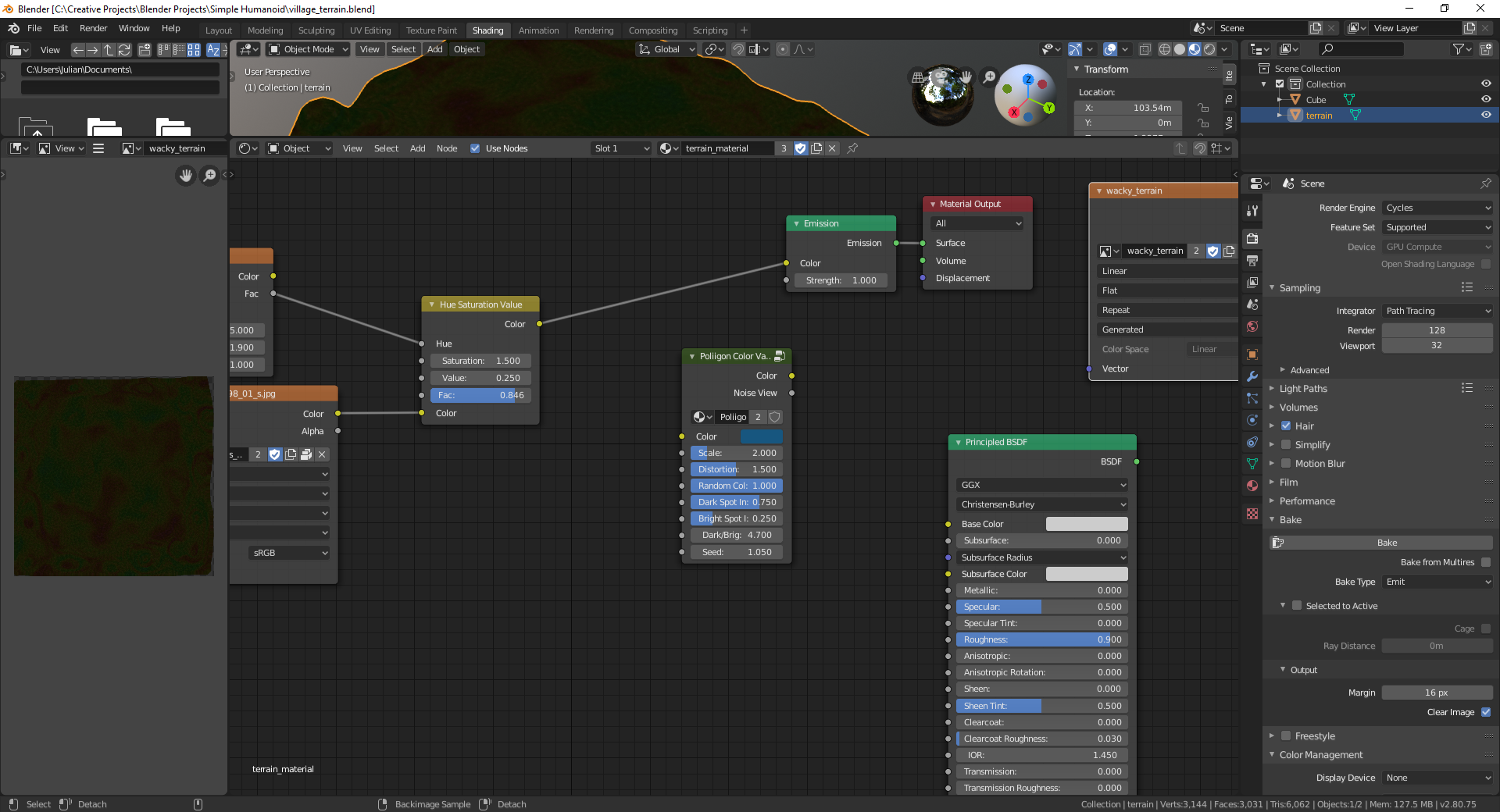 Not the answer you're looking for? Browse other questions tagged baking unity or ask your own question.

1
Trying to Bake Texture But it's Black
0
Texture becomes black when tryng to bake vertex color to texture!
1
cycles combined bake coming out black
0
How to Keep the Same Color When Baking a Color Map?
0
Why does my materials not show in a bake?