How to fix modeling geometry/topology error after applying all modifiers?

So I have been working on modeling a simple character, and used mirror modifier to mirror my object, but due to some problems happened while modeling, When I applied my modifiers, the part had the problem looks as if my character had a bad stomach surgery 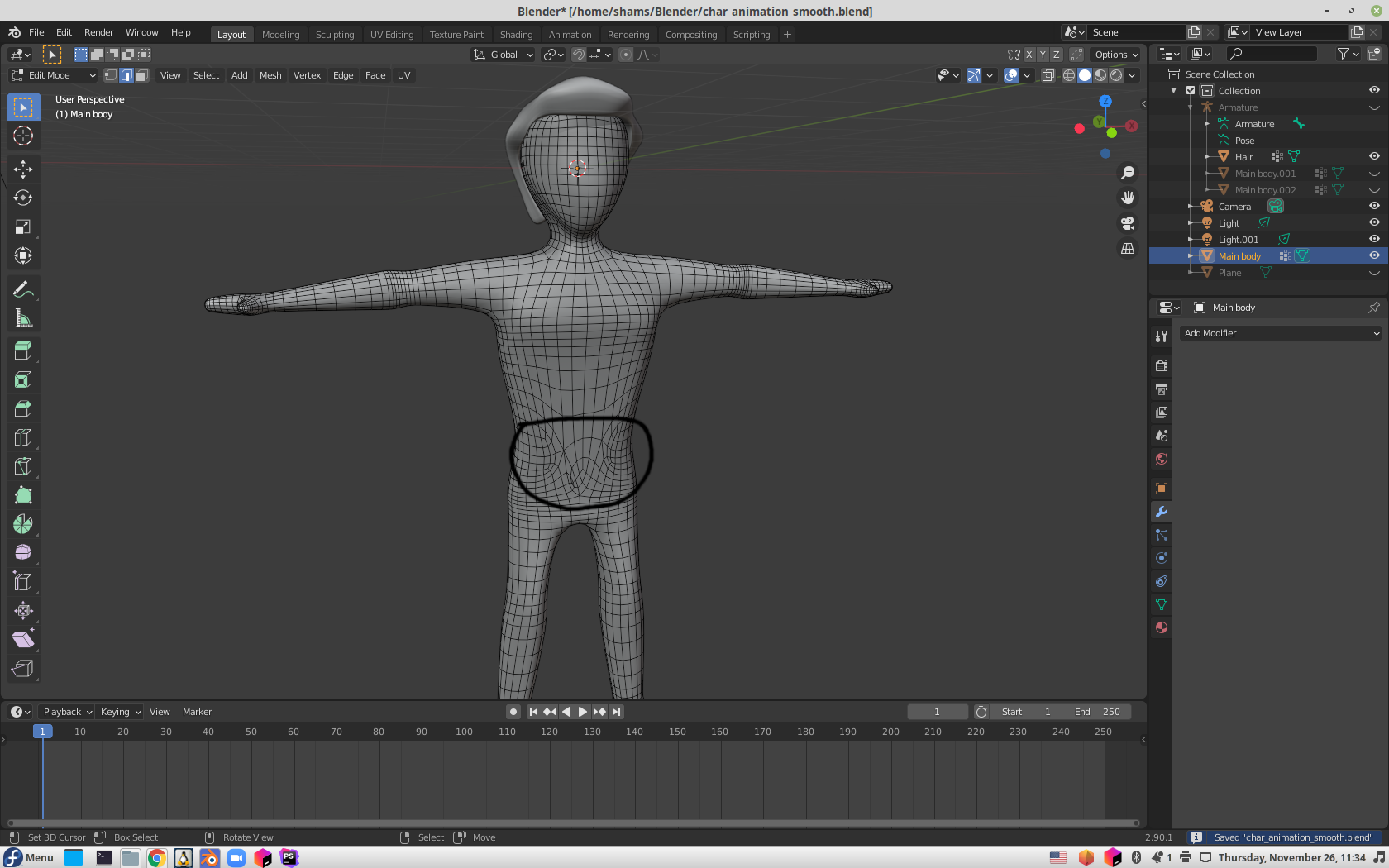 The whole body was very regular and looking very good, but that part looked like really bad thing happend, so my question is how to re-regularize that part again? I don't care that shape of the stomach might differ, I could remodel it or sculpt it, but my goal is to regain those regular squares modeling that part again. I thought of removing all faces that are deformed and form a new big face making loop cuts, but things got very very missy.

Can anyone suggest how to solve such a problem?

I have added my blend file here, in case you would like to inspect the model much more

Enter edit mode, select the whole mesh, in the menu choose "mesh" -> "symmetrize" Then select the correct "Direction" in the Redo panel (the pop-up panel with the settings for the tool) Make sure your objects origin is in the centre of the object as this is where the symmetrize-ing will be based.

1
Modeling a Skirt with Outside Influence
0
Blender export fbx file holes in mesh deformed
6
Billions of loop cuts
0
How should I fix this topology issue?
1
Should I care about topology after applying booleans?
0
How to fix excessive/complex topology
1
Bad Topology got after applying modifier
1
Derformities in mesh: This is what happens after I Shade Smooth + Subdivision Surface