How to avoid “Cycle of dependency” when rigging a mechanical model

I'm trying to rig this clamp to move how it would in real life. However, I can't figure out how to do it without causing a situation where there is a "cycle of dependency". I rigged this clamp and in the viewport it was working beautifully. When I went to render the animation, however, it started to get glitchy. I reported it as a bug and that was when they told me its because I had built a cycle of dependency. I don't know how to rig this to get the same result while avoiding that error I caused. Basically for constraints I got the long vertical bone the parent of the smaller vertically bone that is in rest orientated in the -z position. That smaller downward facing vertical bone is then tracked to the long horizontal bone that is the clamp arm. That Clamp arm is also tracked to that smaller downward facing vertical bone. I cant figure out how to cause this motion in which the movement one causes everything to be pulled along with it, without having this cycle of dependency. 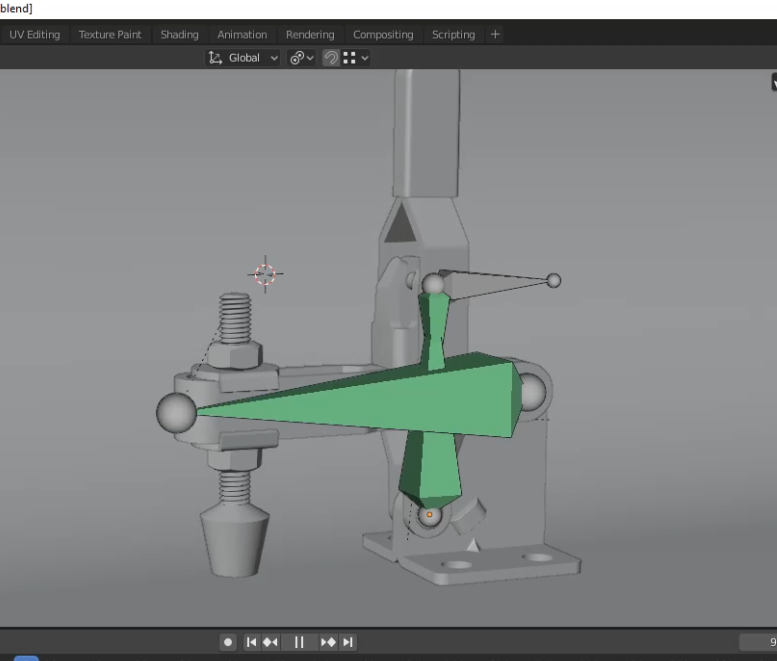 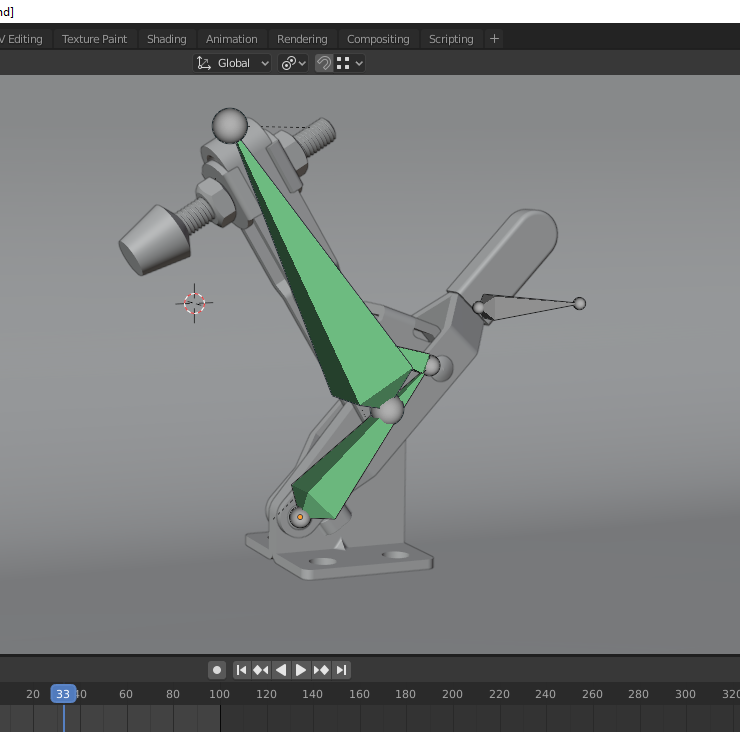 You can work well using IK. See for detailed structure. 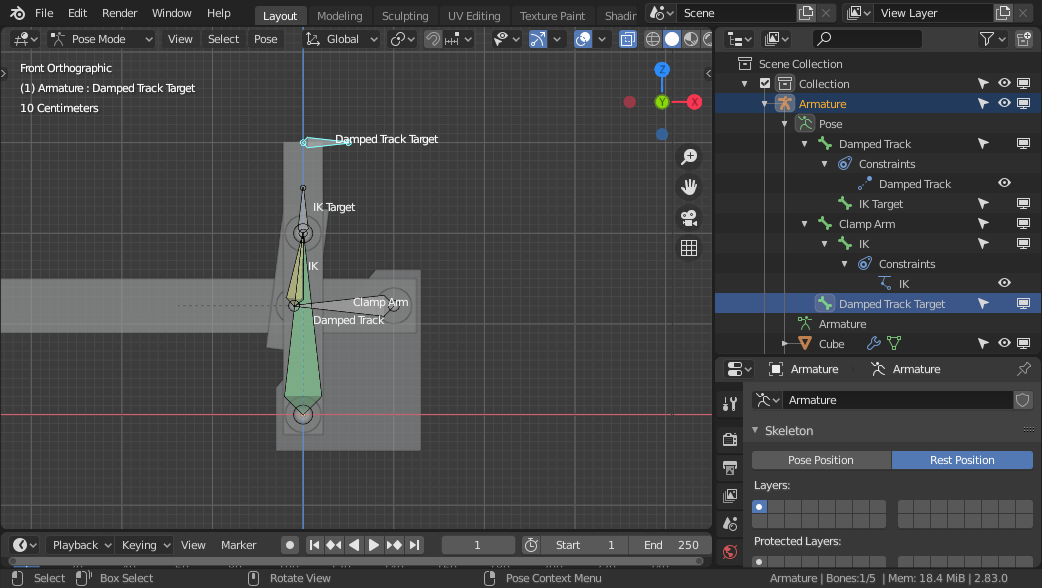 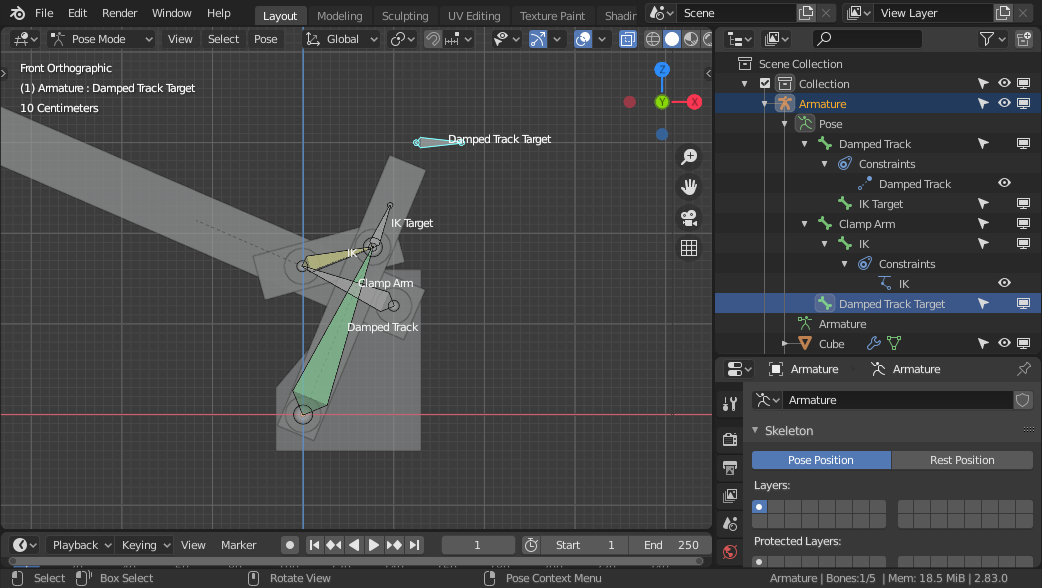 Not the answer you're looking for? Browse other questions tagged rigging error or ask your own question.