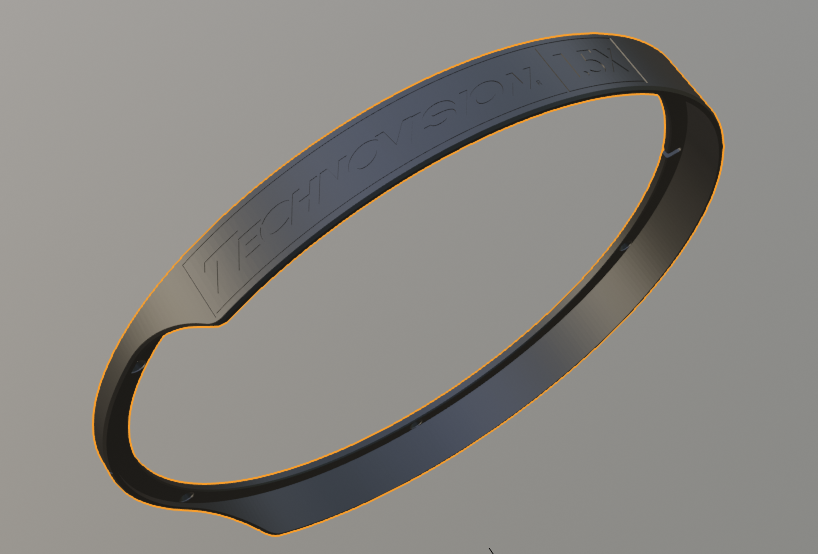 So I am currently working on a CAD rendering and decided to give Blender a try instead of Keyshot. One part is a black ring with engraved writing (silver/white) on it (in the mesh since it is a stl import). I thought just like color by z hight it should be possible to assign color by radius -> lower parts of the ring white and higher parts black. So my approach was calculating the radius and input into a color ramp set to constant.

Also tried to add a Mapping Node to scale the vector etc. but no luck with that. I am quite new to blender so I guess my understanding of the texture coordinate object vector might be wrong. Switching the xyz outputs didn't help either.

Maybe someone could help me out here.

Your node setup looks correct, although it could be made slightly less verbose by making use of the Vector Math: distance node.

I've managed to make it work on a torus. Perhaps you should try:

As @Duarte has commented, your set-up should work.. things to bear in mind:

To get this example, I created a temporary single vertex at the center of the ring, and used the Measure tool to find the distance from it to the shallow relief. The nodes then compare the XY radius of the shading point to that length, with enough tolerance to catch all of the inset faces, also bearing in mind, under the hood, the faces are flat: the radius is not constant. 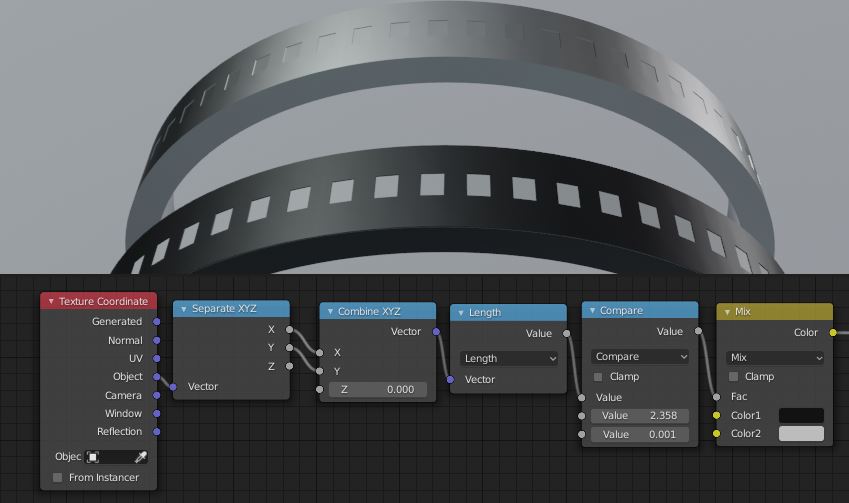 The material for the planet rings below (ignore the planet itself) changes the color based on distance from object center using object texture coordinate, Gradient/Spherical node and a map range to control the distance range to use. Change to Constant interpolation in the color ramp in order to have hard stops between colors. 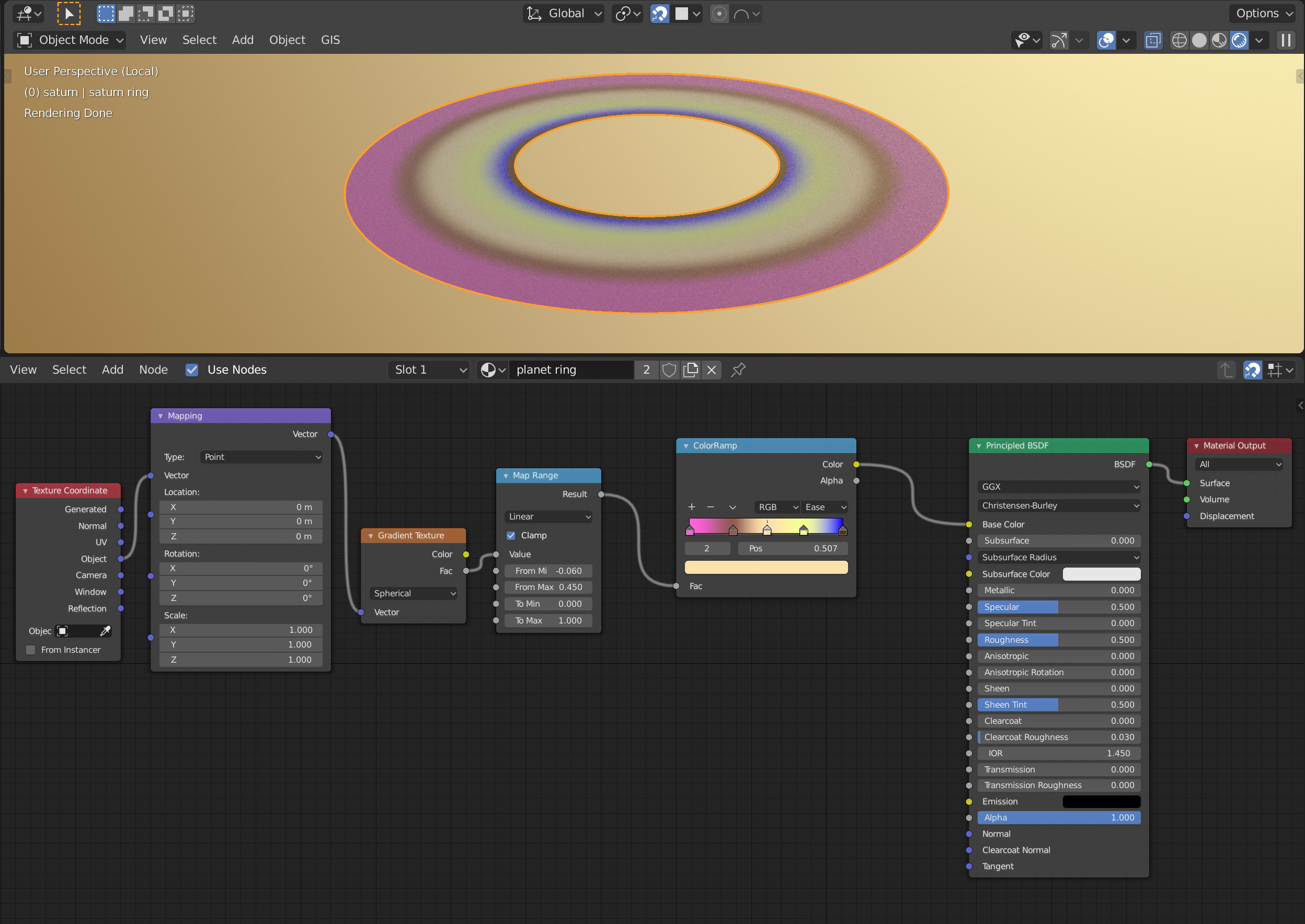 Another option is to use a driver for that same color ramp using the scale of the object:

Not the answer you're looking for? Browse other questions tagged shaders texture-coordinates vector-mapping or ask your own question.

2
Change Darkness/color of shadow?
0
How to color vertices of cube
2
Change all the input values at once
3
Why does lighten change the color of the dark part in mix rgb?