Animation Nodes : How to add/replace “Get list element” output into a new collection?

Trying to build a basic procedural Cube shaped rooms where

What i have accomplished: 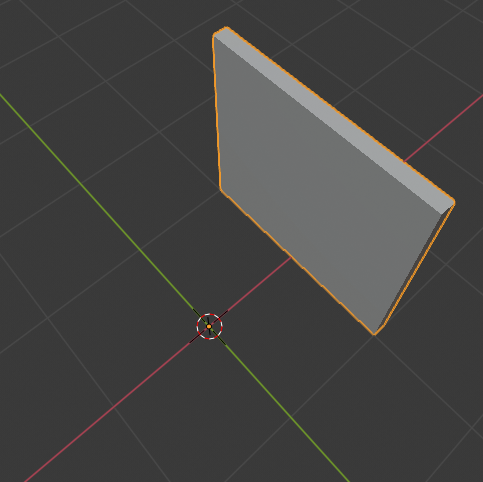 You need to use a loop.

What you are doing is calling the same method x number of times, x being the number of frames. But in your method, although you do instantiate 4 objects you are only affecting your geometry to one of them. As far as I know the objects created in the object instancer node are put in a pool to be reused when needed, they are not destroyed and recreated every time. That would make sense in order to increase performance. 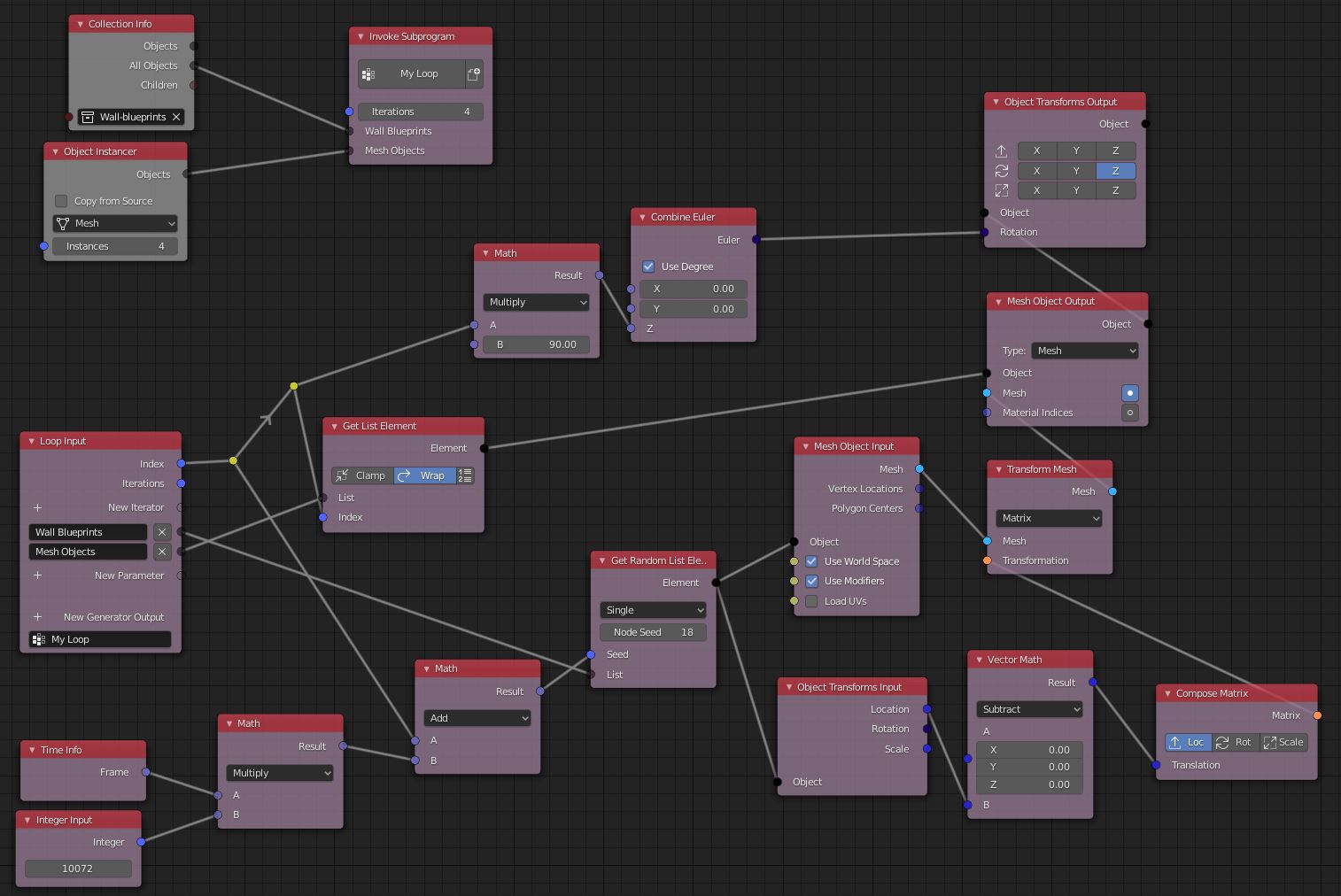 If you want to get ALL possible combinations. We have to use a little script and mathematics.

The result will be a very long list of integers, corresponding to each different possible combination. For 4 wall and 4 differents walls, I got 4*4*4*4*4 = 1024 different combinations. The integer being the index of the child object in the collection. for example the first few are :

We need to rework slightly our node tree. I won't go into detail in the loop so you can just follow the screenshot : 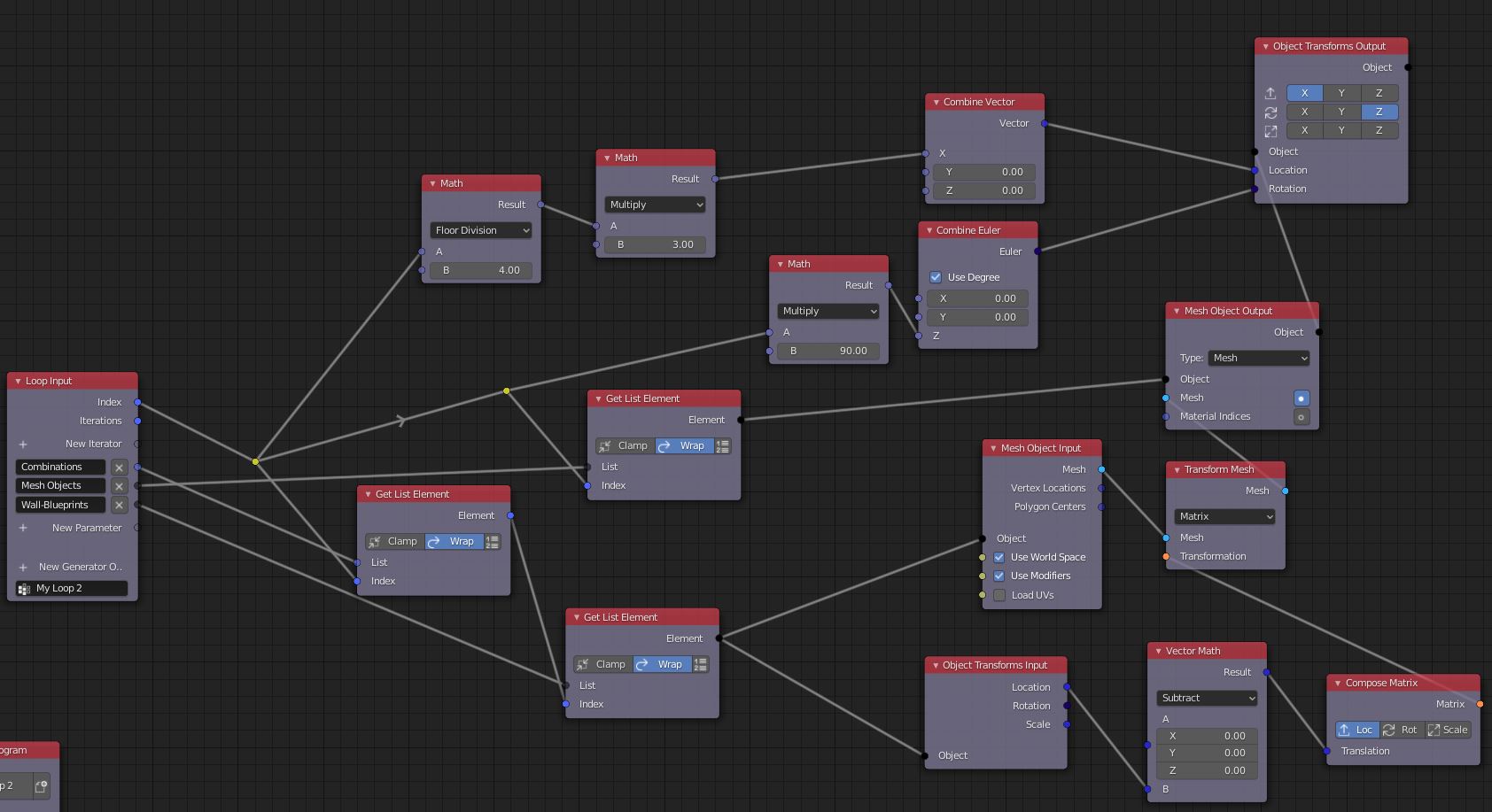 Add a "Script" node. Select your newly created script and set the input and output names exactly like in the code else it won't work. Place an invoke node to your script, and plug it like so : 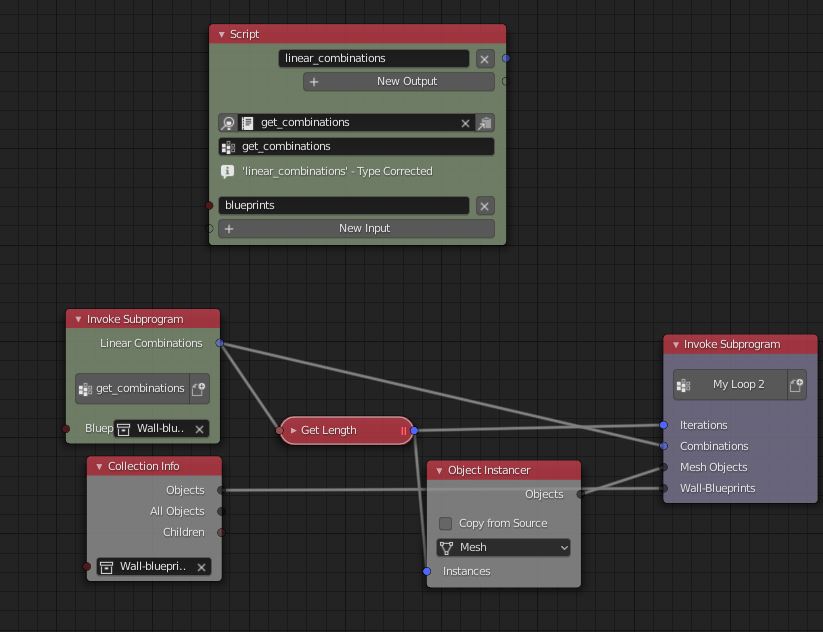 Beware, it kind of crashed when I tried to add another wall blueprint element.

Not the answer you're looking for? Browse other questions tagged animation-nodes procedural or ask your own question.