Goal: Model of Solar System, I'm currently stuck on some animations I'd like to sketch up for the sun.

Scene Setup: Currently, there is one main object (icosphere), the sun (in blender terms, it's large, with a radius of 695km). Within the sun, is a force field (charge). The sun itself is a particle emitter (hair), the particle system has a field enabled (charge). Both fields' powers have opposite signs and there is a large difference between the power strengths. My expectations were that would create a strong charged field that would attract the hair (with high velocity) as it tries to leave the sphere, and pull it back.

I can see the hair particles, and the look/feel is ok for now. But they won't move at all. 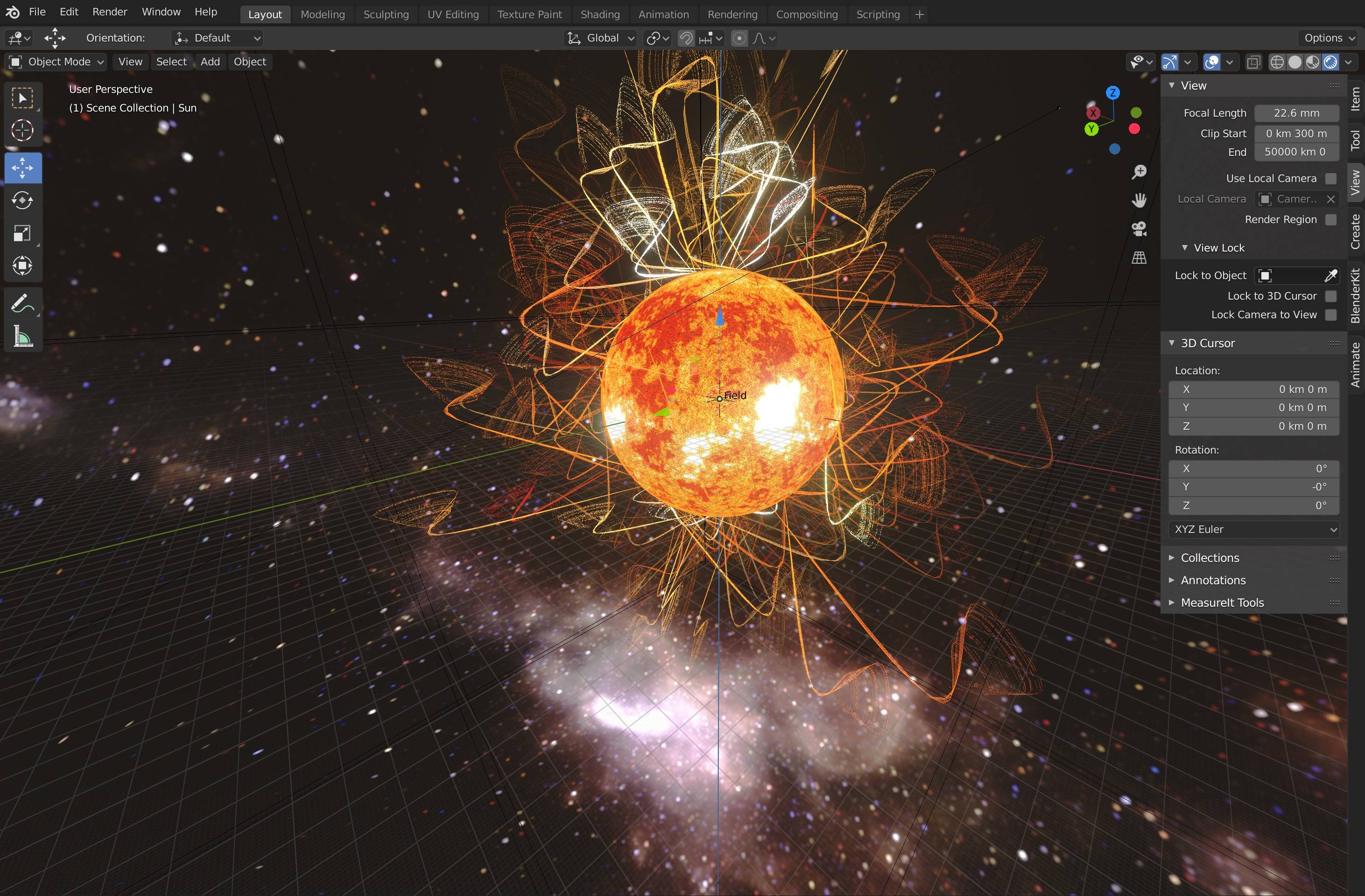 What I want: - Hair particles to bunch/twist in thin filaments primarily at the poles of the UV sphere (north/south). I currently have them bunched and twisted as I want, but they tend to get placed randomly on the sphere, I'd like to have them concentrated at the poles. Or know how to go about doing that. These are what i think are the relevant settings below 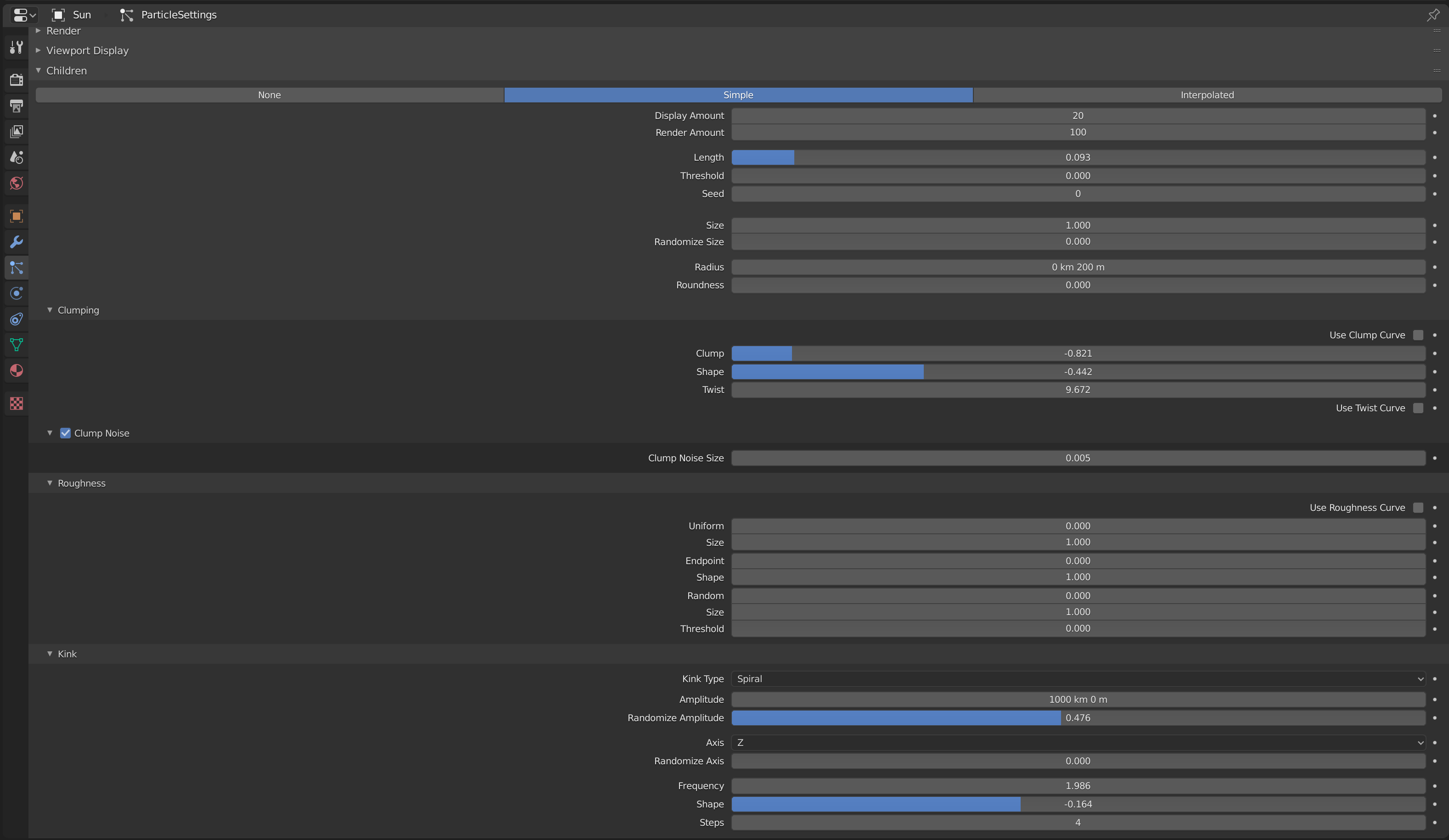 Dynamic Effects (animation intent), I’d like those bunched filaments to be pulled into the sphere, semi-randomly over the course of the animation. The dynamics and physics settings are below

(This is an example of the motion I’d like: https://www.youtube.com/watch?v=TWjtYSRlOUI)

Problem(s): - i'd like the hair particles to form and bunch at the spheres poles - i'd like to get a better grip on how to solidly control the movement of the hair using fields (or whatever is the best option)

So working through this some, I found out that a lot of the changes I wasn't seeing may have been because it seems to only update changes when i'm positioned at frame one in the timeline. With that solved, I found ways to shape and animate the hair using keyframes that will work for the first layer of motion. Next, i made a more simple blend and played with the hair, a simple object, and various fields. It seems the charge field doesn't work, or I can't get to the bottom of how it should yet, but I can mimic a similar effect with other fields. Also found out how to associate the hair with a vertex group for placement =)

Not the answer you're looking for? Browse other questions tagged particles hair force-fields or ask your own question.

4
particle system with particles that conform to surface
10
How ought I lock particles' rotation so that they always face their velocity vector?
3
How do I animate the position of my character's hair randomly?
2
How to get wind to affect hair particles with group or object render
2
How to animate the particle hair size?