Objects are disappearing during a boolean subtraction

Because of a lack of features, or ignorance on my part, and/or even my inability to google real good, I find myself at a point where I'm trying to "cut" cylinder ends at 45 degree angles and then snap and join them together to create pipe joints.

The knife tool doesn't seem to have any feature other than freehanding it, which causes lines to come out only on one side and they're never straight, and even then I can't get those lines to "confirm" or whatever the terminology is. I can't get them to stay is my point. I do the cut and anything else I do seems to cancel the cut, making that tool useless to me.

THEN I tried to go into edit mode, snap the 3d cursor to the vertex I want, add a plane that automatically gets insterted at that vertex (glad something's going my way for once), angle it, and then use a boolean operation to subtract that plan from the original object, which results in a cut at 45 degrees that I had originally wanted to do with the pain in the butt knife tool. I then delete the vertices, fix the weirdly missing faces that disappear for no reason, and voila. Angled pipe cut. Rinse and repeat on another object, then set the 3d cursor again to the point I want, use that to change the original, reset the 3d cursor to the vertex on the other object and use that to snap the first one there. Join parts, remove duplicates and boom, jointed pipe.

An extremely overly complicated process but whatever. At this point I've stopped trying to solve my problems and instead do whatever it takes to get around them.

HOWEVER... something is going wrong now. I inserted a boolean modifier into my object and when I used the tool to select the plane as the thing to subtract from the model, the model freaking disappears entirely, leaving a plane oval where the cut was supposed to be. Almost as if the software was like "hey, I'm gonna do the opposite of what he wants because F this guy"

I did a google as best as I could and the only results that made any sense was to recalculate normals. So I did. Didn't fix it.

Which leaves me at a stalemate.

Update - Thought I had a solution with the plane extrusion into a cube, didn't fix it. Just fixed it for that one boolean operation. Problem persists.

As Dale Cieslak explains, the Shear tool is very convenient. But you can force a 45° with the knife tool. Press K to activate it, press Z to cut through the mesh, and press C to cut orthogonally and 45°. So now go orthogonal top view and use it.

After that, delete, dulicate, mirror, snap with merge vertices, etc. 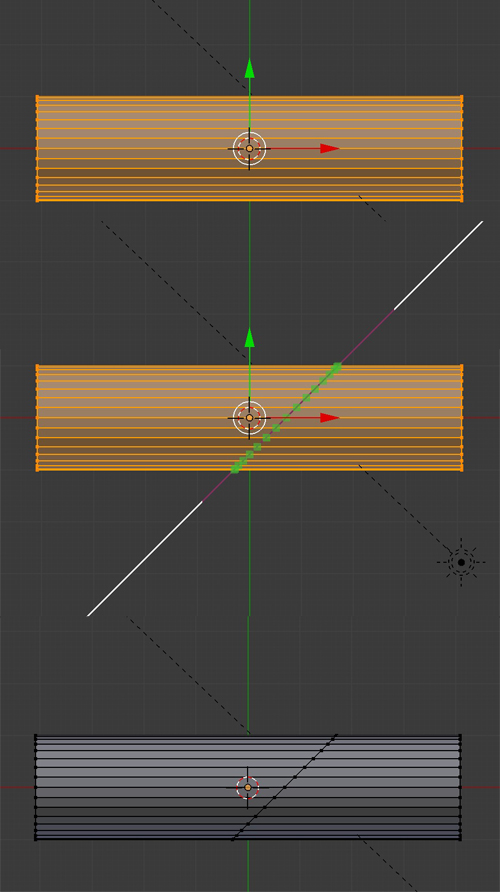 Start with a cylinder with one face rotated 90 degrees. Do so each extremity is at the same distance to the future pipe corner.

Make a loop cut and let it at the center.

Bring this loop at the corner place.

Scale by 2 except for the axis that is in front of you (in my case was Y so SShiftY2). 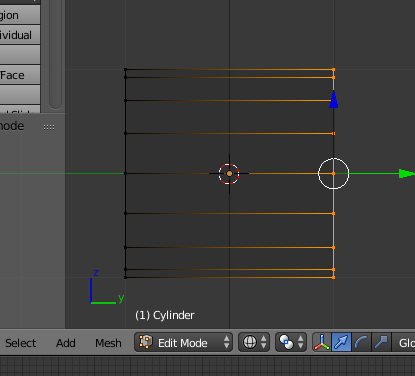 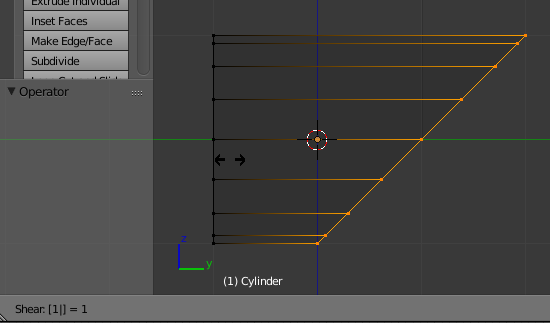 One downside is that it only works in X and Y, so you'd have to shear first, then rotate to get a shear in Z.

Sheared pieces should snap together perfectly: 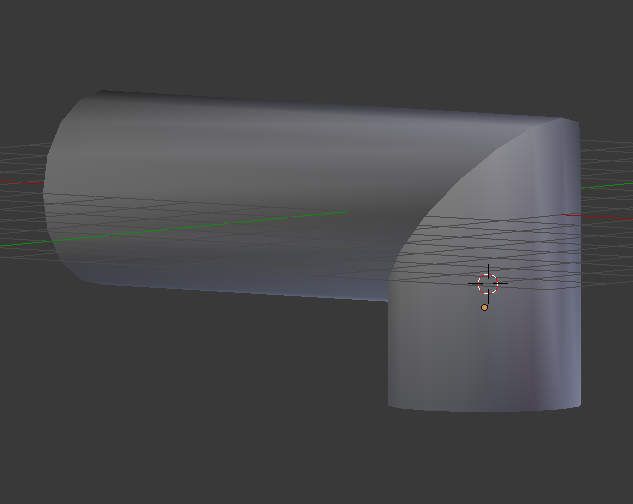