I am currently trying to apply Intersection Boolean Modifier on a Superman model with a Plane. 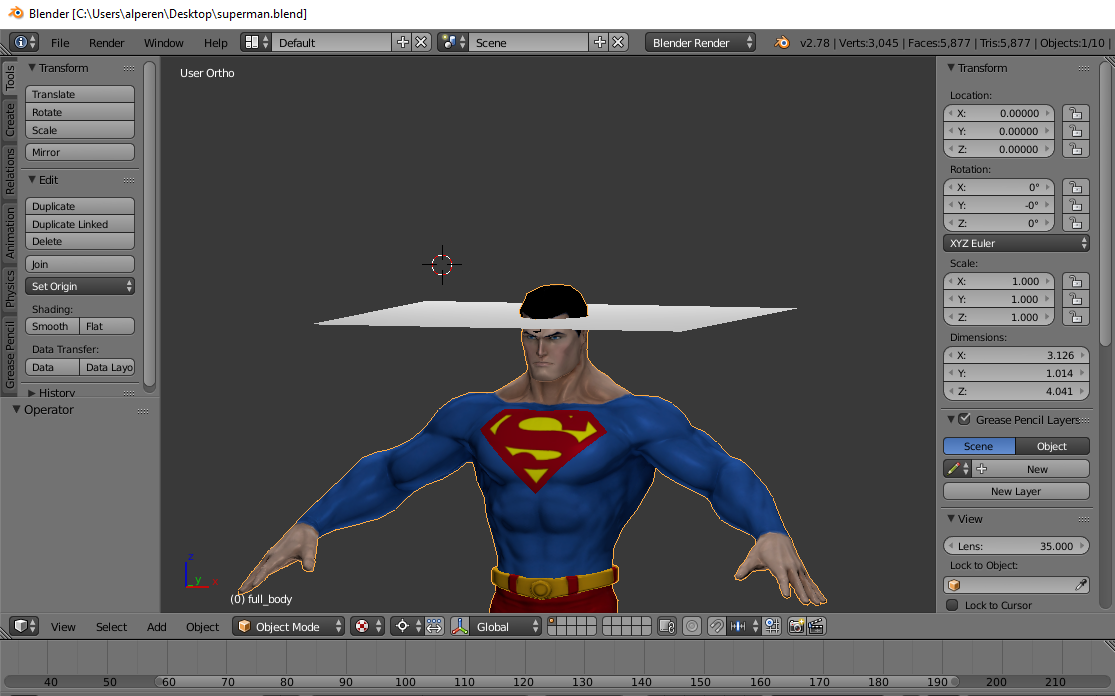 It works fine for most of the plane positions but at that point on the picture, it cuts all parts and doesn't find any intersection.

I also tried to apply triangulate modifier to plane, solidify modifier to model, removed doubles and recalculated normals but the result still was not satisfying. (I can actually can do it with knife tool but since I am trying to do this operation via python script, knife tool cannot help me I think)

Here is the blend file :

The meshes used in the Boolean modifier should both be manifold (fully enclose a volume) for consistent results as the modifier works based on the volume enclosed by the mesh. Adding a Solidify modifier to the plane will give it thickness so that the modifier has some volume to work with.