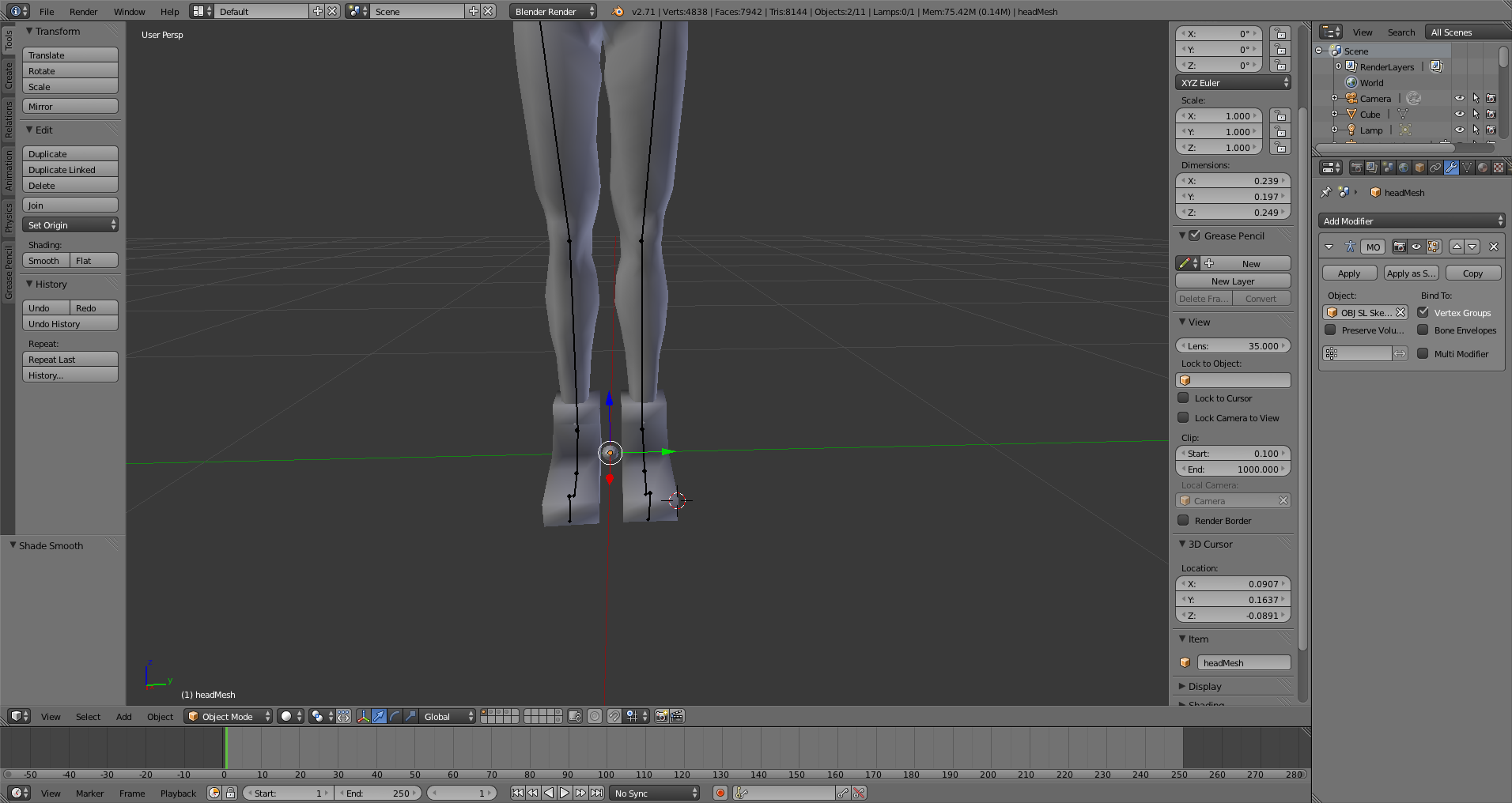 In the first picture, I used the Second Life Avatar with skeleton and rigged a pair of test "feet" to the avatar. I was able to also transfer weights from the avatar to the "feet". When in pose mode, everything moves like it should. 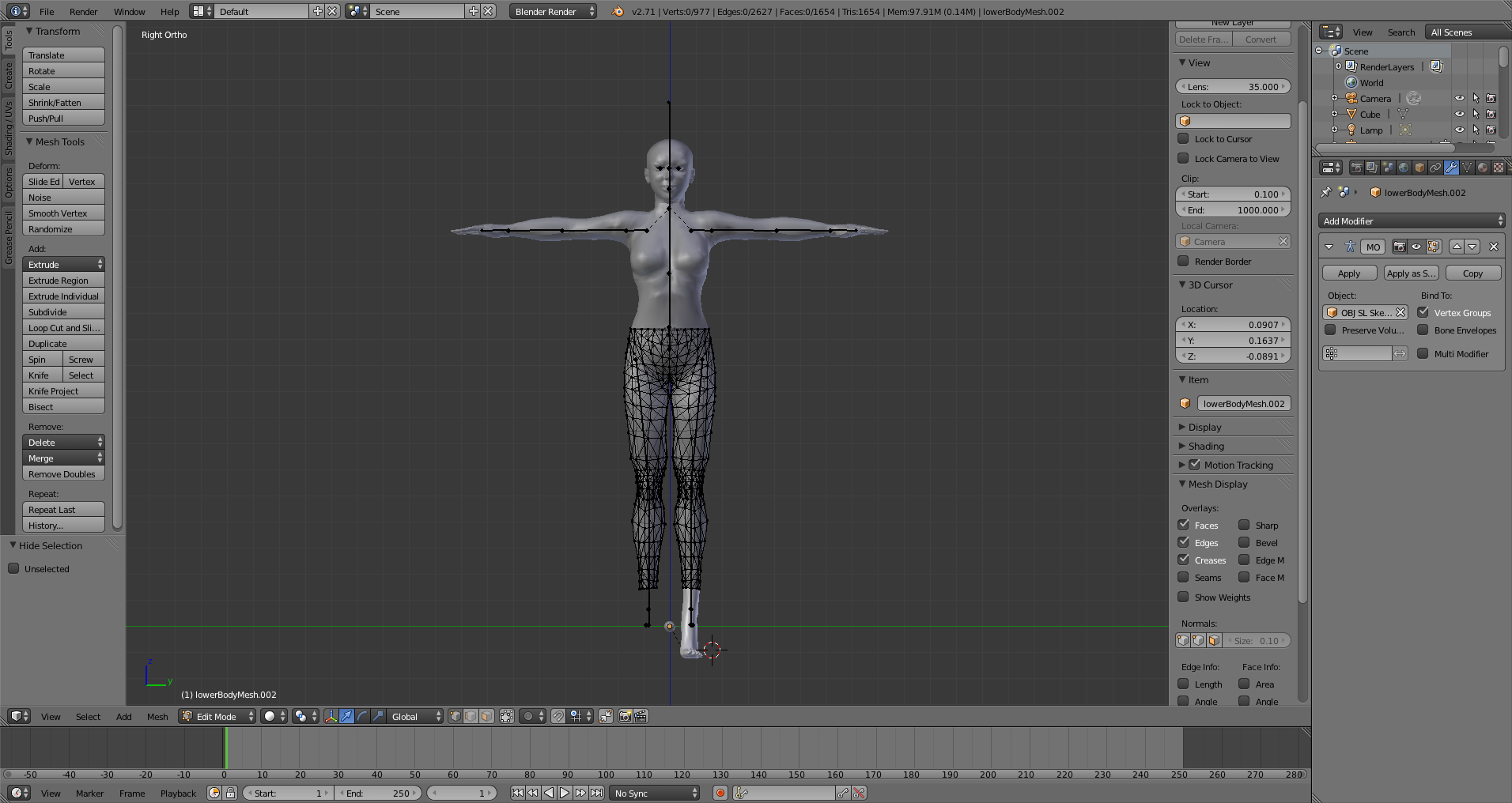 In the second picture, I again have the Second Life Avatar with skeleton and am trying to rig the foot we wish to use. I am able to parent it to the skeleton by selecting the object (foot) and the armature, press Ctrl P and choose Armature Deform with Empty groups. When I then click the object and the legs of the Avatar, I go into Weight Paint Mode and try to transfer weights like I did with my test "feet" and I get an error stating the source mesh does not have any vertex groups. I'm at a loss as to how to give it vertex groups while not messing with the preset weights and skeleton as these must remain the same.

How do I give my foot vertex groups so that I may transfer weights from the Avatar to the foot?

I have somehow fixed my issue.

I re-opened Blender and started completely over. Staying in scene one, I uploaded the Second Life Avatar. Then I opened the foot file I wanted to attach and rig. I realigned the foot to match exactly vertex for vertex again.

Once perfectly aligned, I pressed shift + D to duplicate it in case I somehow mangled it. I moved this to a new scene.

In the new scene, I placed a box inside my foot so that I could apply a mirror modifier to create the opposite foot. I then went into edit mode and chose faces and deleted the cube faces inside the foot so that it won't be seen in Second Life. I took a copy of the mirrored foot into scene one and aligned it to the SL Avatar.

I then chose both feet, rigged them to the armature by pressing Control + P and chose Deform with empty vertex groups.

Lastly, I chose the legs of the avatar (which included the original feet) and then chose the feet, changed to weight paint mode and chose transfer weights.

I checked the rig by going into pose mode and rotated the feet to make sure it was all working correctly. It was!

Not the answer you're looking for? Browse other questions tagged rigging weight-painting or ask your own question.

1
How do I parent a mesh, transferring the vertex groups?
1
Mesh deformed after changing pose
0
Rigging issues and animation issues
0
Rigging Armor to Player
0
Armature not working after linking new mesh data
1
Weight Painting - Objects Getting Left Behind
0
Mesh rigged to skeleton deformed in pose