Is it possible to create custom Camera projection volume modes?

To clarify, I was talking with a friend and we started to wonder if there were camera modes beyond orthographic and perspective. As an example, one that defined its edges not with a cuboid or frustum, but a curved volume?

There are all kinds of cool effects that could be done with that, especially if the curvature was animated. However, I know that perspective and orthographic modes are generally just done with matrices, so it might take some tinkering.

Blender is open to add on construction and open source at that, but I honestly have no idea where to begin. Would it be Python, or can I do it in OSL? Or would I have to actually dive into C for this?

Hopefully this question isn't too broad.

EDIT: I am purely attempting to extend the camera modes, not to simulate it with post processing (which has a number of additional drawbacks in efficiency). This question is about plugin development. 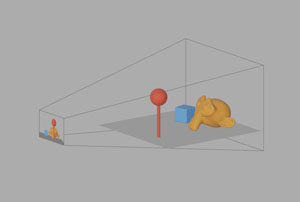 Panoramic - projected from center in all direction: 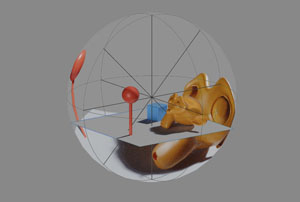 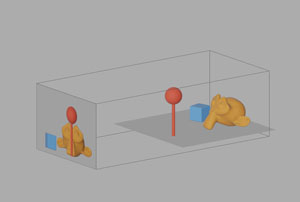 In all cases, depth goes along a straight path in a specific direction, in Blender it's typically the camera's local Z. For panoramic, it is local r in sphere-space. Note that in all cases, depth is measured along straight lines, in a simplistic manner.

My proposal is to allow for the construction of cameras which are not confined to simplistic single-dimension radius, but actually measure depth along a curve: 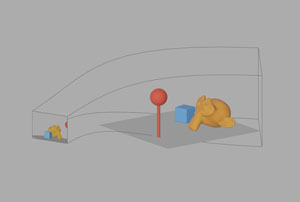 As an example, with a rendering space which was defined like a curved volume, with a taper curve and a bevel curve, we could still define (in linear time) a path to each rendered pixel in Cycles; but that path would be unconstrained, and could say look at an object behind the red demo object. It would also only gather necessary data, where gathering all data from a panoramic camera and operating on that would still spend roughly six times the amount of time to render, plus post processing; and still wouldn't have all of the data necessary.

Deforming the Image as Lenses Would

Camera lenses deform the view. If you want to deform the rendered image, there are quite a lot of ways to do that in Blender. You could use Blender's compositing functionality, or you could also use an emission shader for shade-less material and map an image or a movie to some 3d object like a plane and use all the tools available in material nodes, that would include manipulating texture coordinate vectors with any math or manipulating the UV mapping or you could even deform the geometry that has the image or movie projected on it in 3d space. Obviously you could also do all the mentioned things together one on top another if you wanted.

Programming unrealistic projections or manipulating volume of the camera view does not seem to be possible using Python. It might be possible in OSL.

You could however achieve some interesting results without programming: 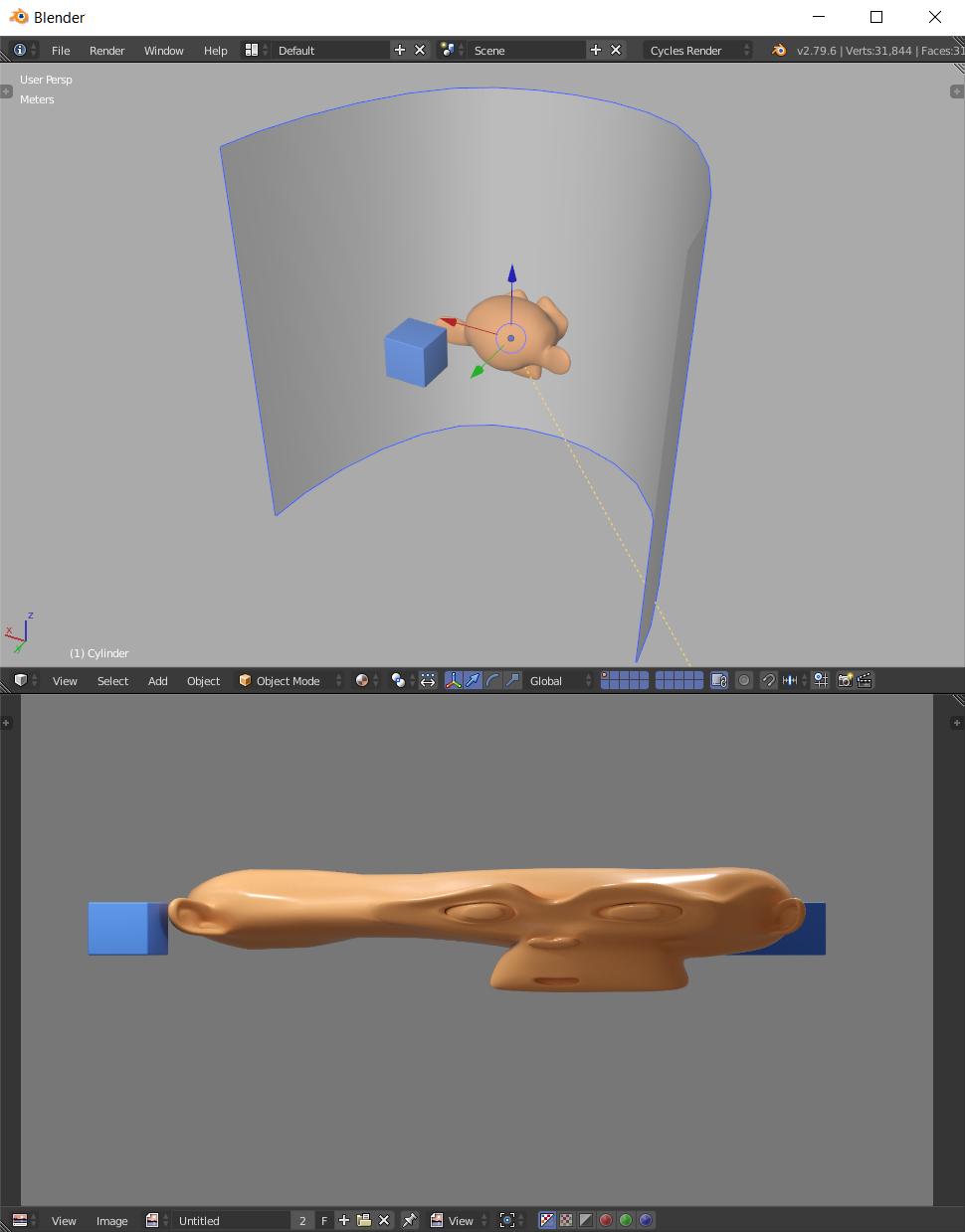 Its best to disable all Cycles rays except camera so that the 'camera' object does not interact with the lighting in the scene in this case. Rendering an animation with this way would require some Python scripting.

In addition to that objects with Refraction BSDF shader could be used to construct lenses.

Constructing Lenses for Cameras out of Refractive Objects

Another way with an actual camera would be to make a lens from a refractive object: 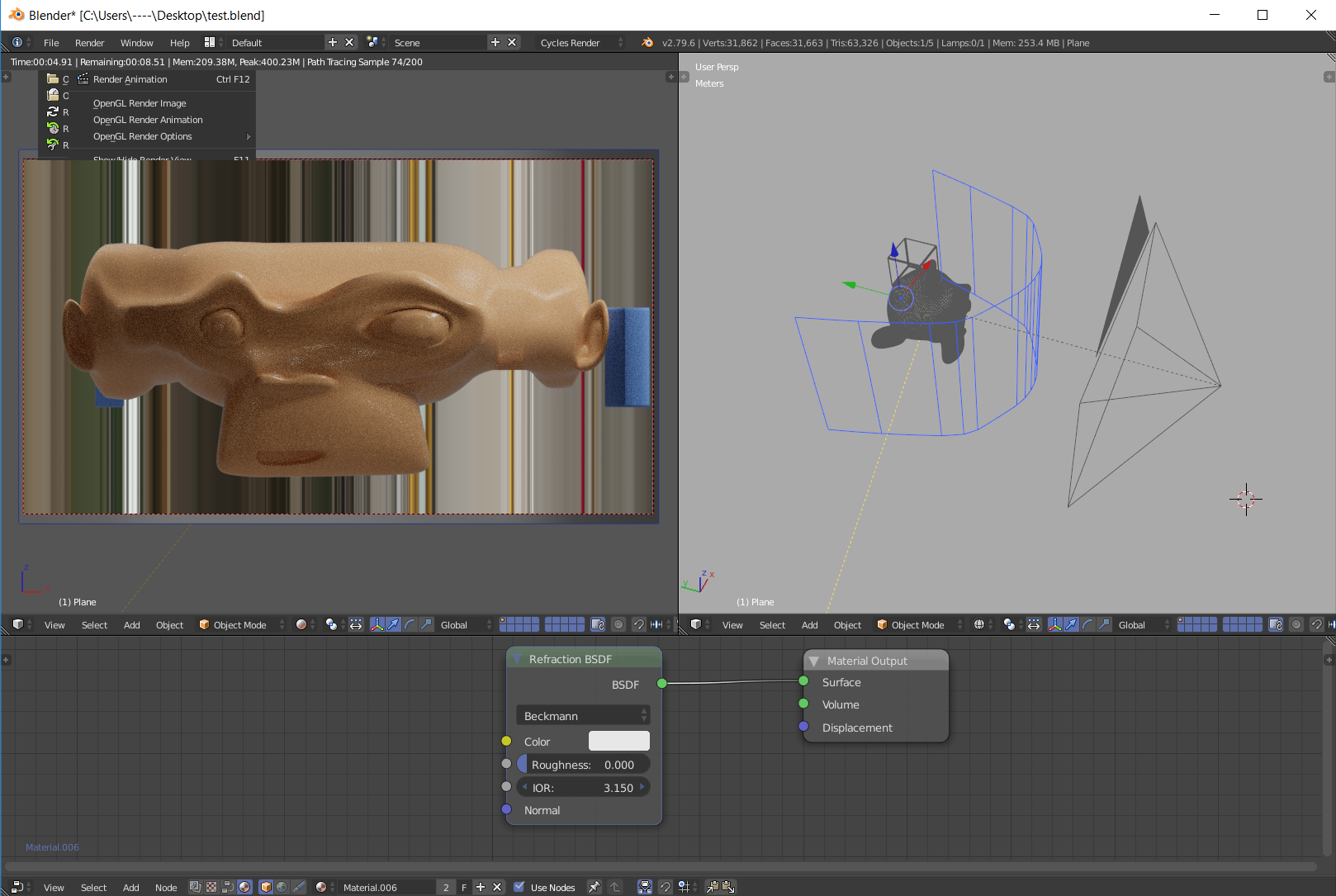 This kind of 'lens' could approximate the curvature of the volume visible by the camera as well because it can be constructed out of multiple objects. It might be very intensive on render resources if you wanted it to be more precise and it is limited by the way refraction works in Blender's Refractive BSDF shader, but it is possible:

Maybe someone else might know how to implement those formulas in Python however. But if you can pull that off, it might make a really accurate heat gas distortion effect using fluid dynamics within the volume.

Not the answer you're looking for? Browse other questions tagged python add-on camera customization or ask your own question.

8
how to write a custom projection type?