How to texture a complex mesh/multiple meshes? [duplicate]

I am a beginner in Blender. I have created a handgun after a reference, and I believe I have made a few mistakes. When it came to dents, I used "loop cut" to manually show them, but I do not believe I will be able to do this in the future (too many polygons and loop cuts for every single dent or additive). I also did this for holes.

There are several objects/meshes that are separate. I am completely lost when it comes to texturing the gun after the reference image. Should I join all of the meshes/objects into one object and then texture? If so, how would I go about texturing every single aspect that I need present. I apologise if this seems complicated or confusing, I am a true beginner. (I have watched a few tutorials) 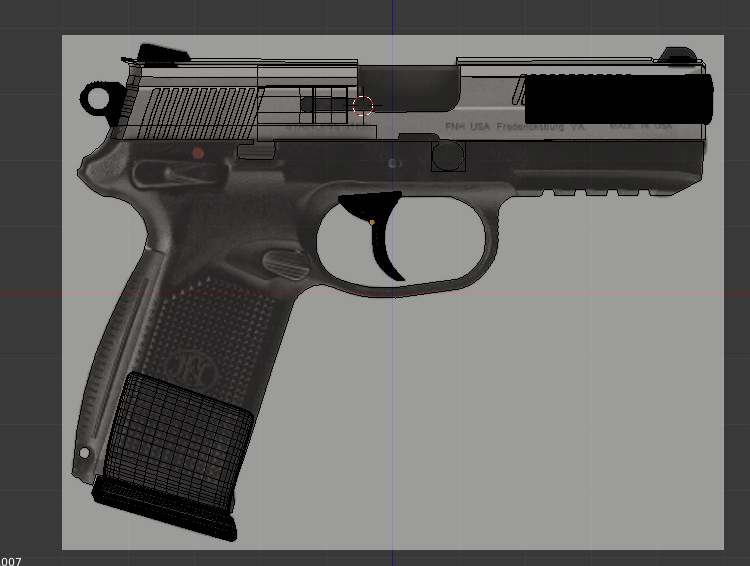 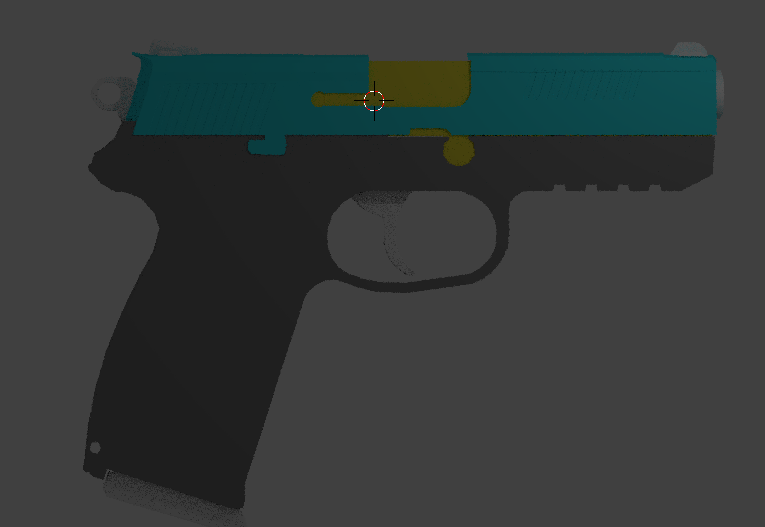 Once you've done that, determine if there are any parts that should be textures. If you're going to be adding the manufacturer's mark, that's probably a good candidate. You also might find it easier to make the nerling on the grip as a normal map than try to model it.

Those are some basic ideas that will get you a little closer, but beyond that we're getting into making a tutorial, which is outside the scope of this website ;-) I wish you the best of luck, and do remember to check back here when you have specific, answerable questions. Happy Blending!

Not the answer you're looking for? Browse other questions tagged mesh texturing objects or ask your own question.

14
What would be the easiest way to UV map a complex object?
0
How do I UV Unwrap extremely complicated meshes? i.e: A blanket or a octagonal table?