so when I created the scene without the fire I got a clean image with no noise (using 256 samples),but when I added the smoke simulation and rendered a frame it became really noisy around the fire and especially on the grass.I tried everything and still can't remove the fireflies/noise from the scene.This makes me think that the animation will look even worse.What can I do to fix this? 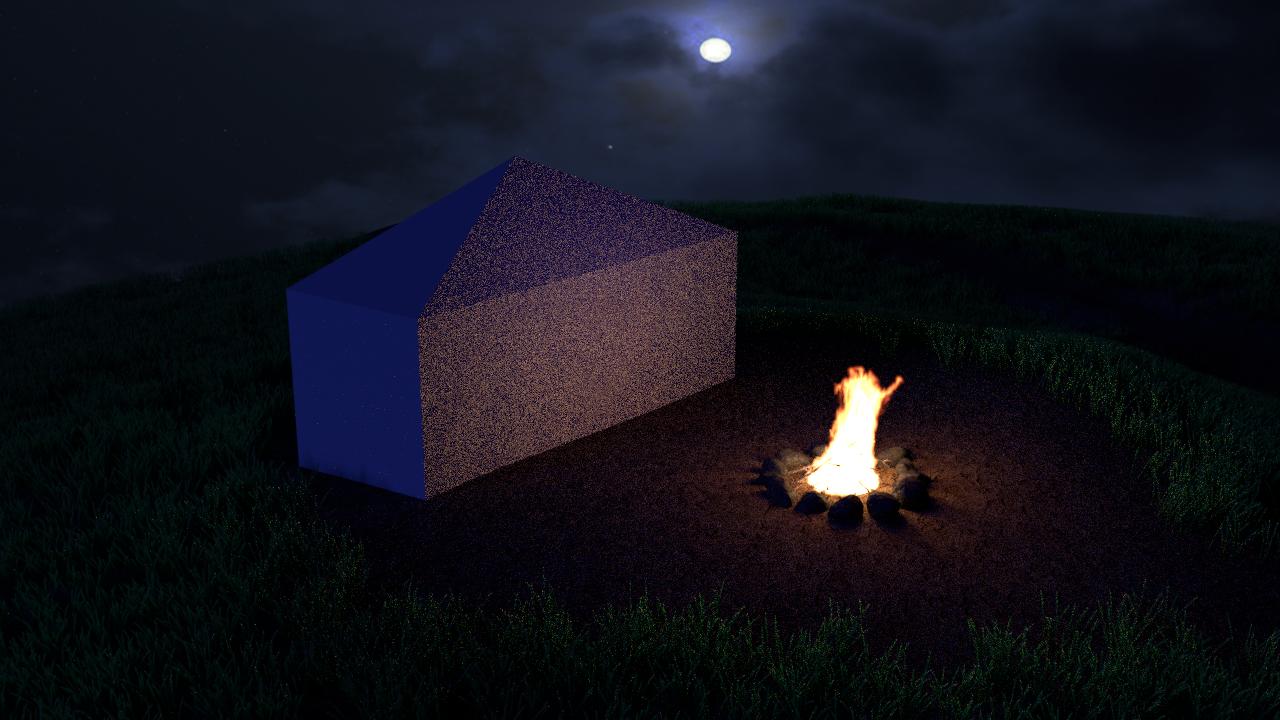 Smoke (Volume Shader) makes the scene very noisy as Cycles needs to calculate the light go through the smoke which is made up of tiny particles which light has to scatter through, thus making it very noisy (samples define the amount of times it is calculated). I find that when dealing with large objects with volume shaders, such as smoke a minimum of 500 samples should be used (unless it's a test render).

The animation will not look worse as it essentially does the same process as rendering a single frame apart from doing this for the amount of frames the scene has. Therefore if the render time for a single image is 1 minute, an animation (in the same scene with same settings) with 100 frames will take approximately 100 minutes.

First, as stated before increase samples. Next adjust the light settings. This Blender Guru article explains it pretty well. Also I would watch this video by Zacharia Reinhardt.

Not the answer you're looking for? Browse other questions tagged noise-reduction or ask your own question.

6
Why do fireflies increase with number of samples when using a hdri light source?
3
Noise in Cycles Interior Scene
1
Blender remove fireflies (Substance painter node)
0
Emission material problem
2
How do I get denoising to work for all OpenEXR passes?
0
Noise on glass in cycles
0
Quick Smoke Causing Grainy Renders
0
Cycles noise no matter what I do, and the denoiser makes it look cloudy