Composite two scenes for only a short period?

I have a scene with a particle emitter and a second scene with the actual particles. 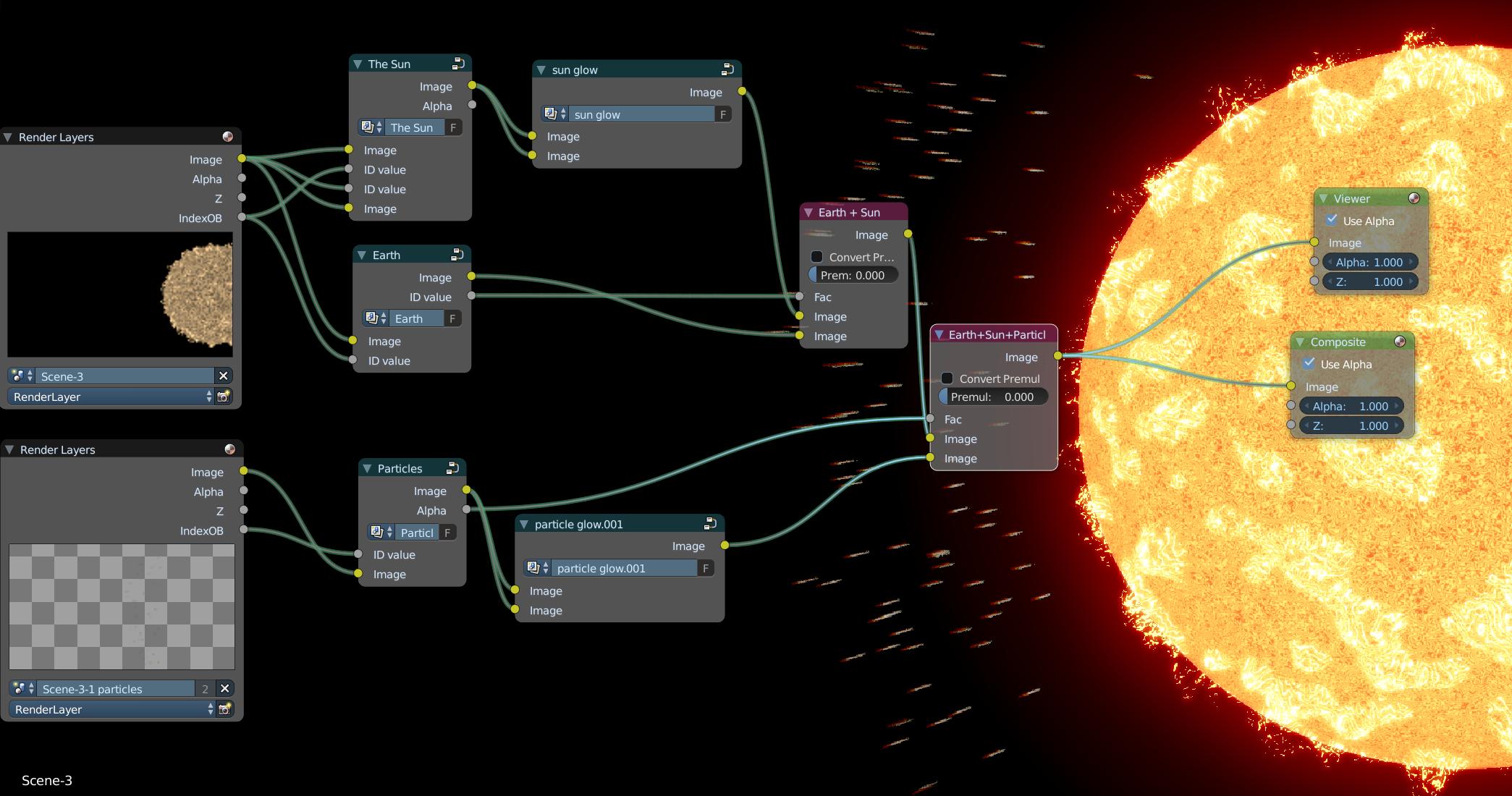 I separated them so I could have more control over motion blur.

When I try to render the animation, it renders both scenes on every single frame, but the particles are only in the scene for a couple frames in the end.

So my question is: can I tell the compositor to render and combine two scenes for only a few frames at the end instead of rendering and combining both scenes for the entire clip? I imagine it would save render time.

You can enable and disable rendering Render Layers by clicking on the checkbox for a layer in the Render Layers tab in the Properties area.

You're also able to create keyframes for this setting by either clicking on the checkbox with the right mouse button or pressing I while the mouse cursor is over the box. 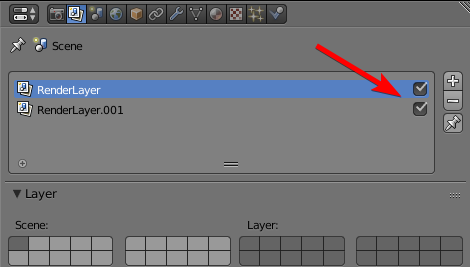 You can add a Switch node in the compositor (Shift + A > Layout > Switch), and keyframe which input it uses by hovering over the checkbox and pressing I. 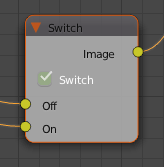 Not the answer you're looking for? Browse other questions tagged nodes compositor scene or ask your own question.

5
Bad looking motion blur with cycles motion blur and vector blur
3
How to render just one scene?
7
Extract particle age info as render layer
1
Why is the current scene linked to the Screen view?
6
Export 2D Camera Motion as a vector for Vector Blur Node
2
Compositing heat distortion not rendering
0
Rendering scene background in only some frames of an animation
5
2.80 - use Eevee and Cycles together for motion blur issue
0
How to Render Composite layers for timeline video creation