Scripted scene building - where to begin?

First off, I'm very much a novice Blender user. I use Blender mainly for building mock-ups of PCBs that I design for customers to see how the designs will look when finished. (Yes, most professional PCB packages will do this for you, but I am an open-source nut and my chosen PCB design package doesn't, so I choose Blender. Also the results from Blender are far superior to what PCB packages make).

However, putting together a new PCB design in Blender is a time consuming thing, and I would love to automate it.

I have plenty of component models in blender files, all nicely textured and looking all spangly. Making the actual PCB substrate is simple enough - import an SVG of the outline and texture it with PNG exports from the PCB package. That side of things is all fine and I am happy doing that manually.

What I'd like to automate, though, is the importing of all the components from their respective blender files and positioning them within the scene. I have a CSV file with the ID, name, and location of each component, and currently I manually clone each component from a base model and type in the location details into Blender. Which works fine, it's just very slow.

Here's an example of the end result (I am still laying out some of the components on this one): 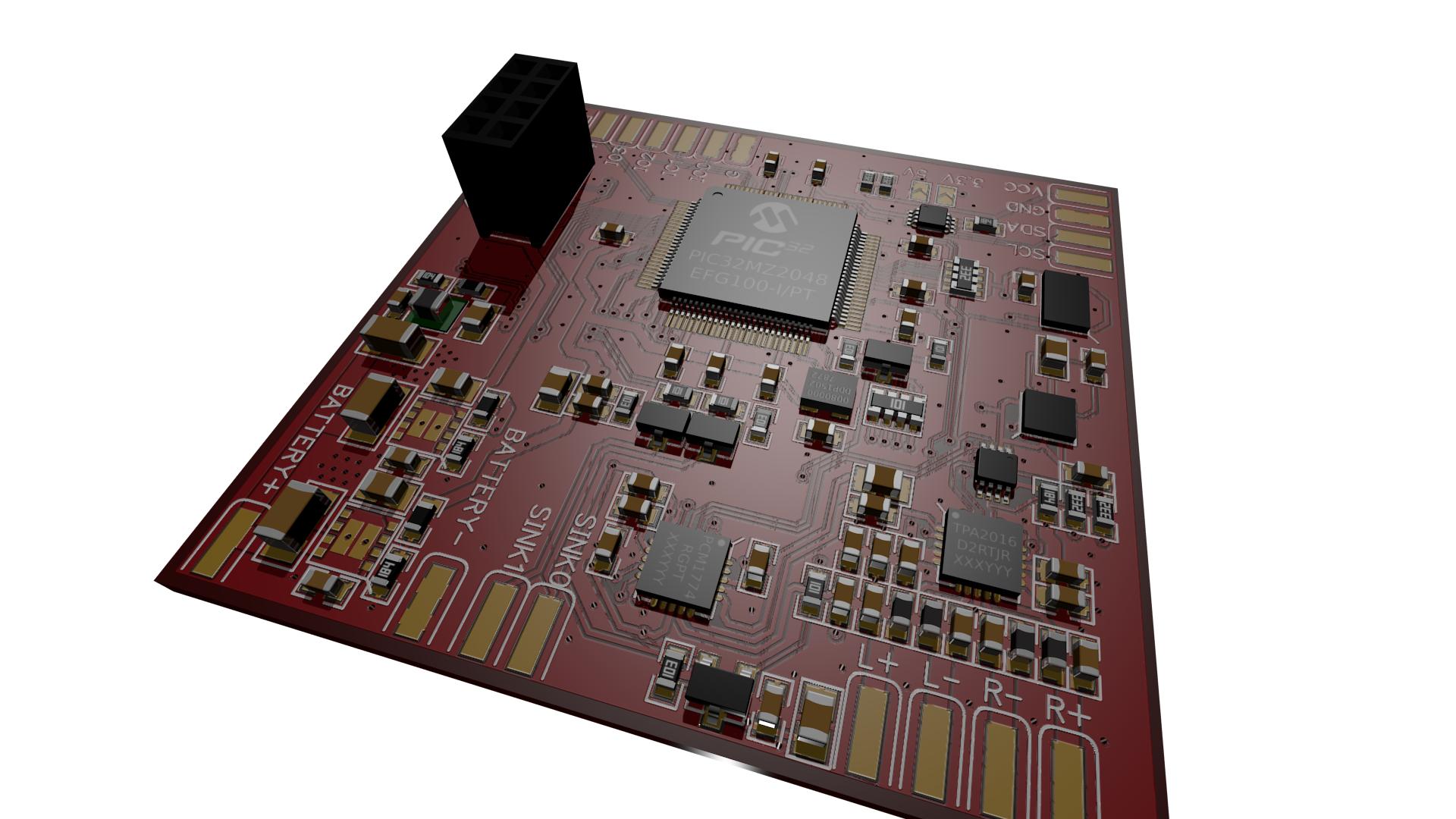 So I know that Blender can do fancy things with plugins written in Python. I am not a Python programmer, I do 99% of my programming in C and C++. That's not to say I can't program in Python, just that I don't, and as a result I don't know the finer points of Python crafting, but that will come as I learn.

As a result I'd like to write a plugin which can load this CSV file (specified at run time by me - preferably with a file browser window), parse it for components, find the right blender files (or the right models in a single large blender file, I am not fussy which), clone the models along with their textures, etc, and set the location of each one.

First off: is this something that is possible in Python in Blender, or am I asking too much of it with the automated file loading / model finding, etc?

Secondly: Where on earth would I start writing a plugin like this? I have absolutely no knowledge of how the internals of Blender work (which really helps things ;) ). Yes, I have the blender python API reference, but to use that I really need some idea of what I am looking for in it.

So I could do with a couple of things:

This is very possible and not really that hard. Your needs are pretty specific, so finding a tutorial that would help would be the hardest part. It might be easier to find a addon that does something close to what you want and look at the code. The part of the API to look into really depends on how you want it to work. All of the ways you're considering are possible and have no real advantage over one another. Basically, you'd open a file using the browser, read it for the name and position of the object, find the object in tje master file(s), then link or append the object at it designated position.

Not the answer you're looking for? Browse other questions tagged python scripting import scene or ask your own question.

7
Blender script import model and render it
6
How to import a blender python script in another?
40
How to install Pip for Blender's bundled Python?
1
How to Import Python Blender Modules in PyCharm IDE
7
Can object parameters be set from data file?
2
Installing Python 3.6 on any version of Blender
4
Parametric Models
0
Import and export in one python script for FBX to IFC in Blender