Grid Fill Loops are not connected by wire/boundary edges

Want to grid fill selection (circle in picture) but get "Loops are not connected by wire/boundary edges" error. Am exhausted for solutions. There are no double vertices, the circle selects flawlessly with CtrlRMB (so it is one continuous loop), there are an even number (32) of vertices in the circle. 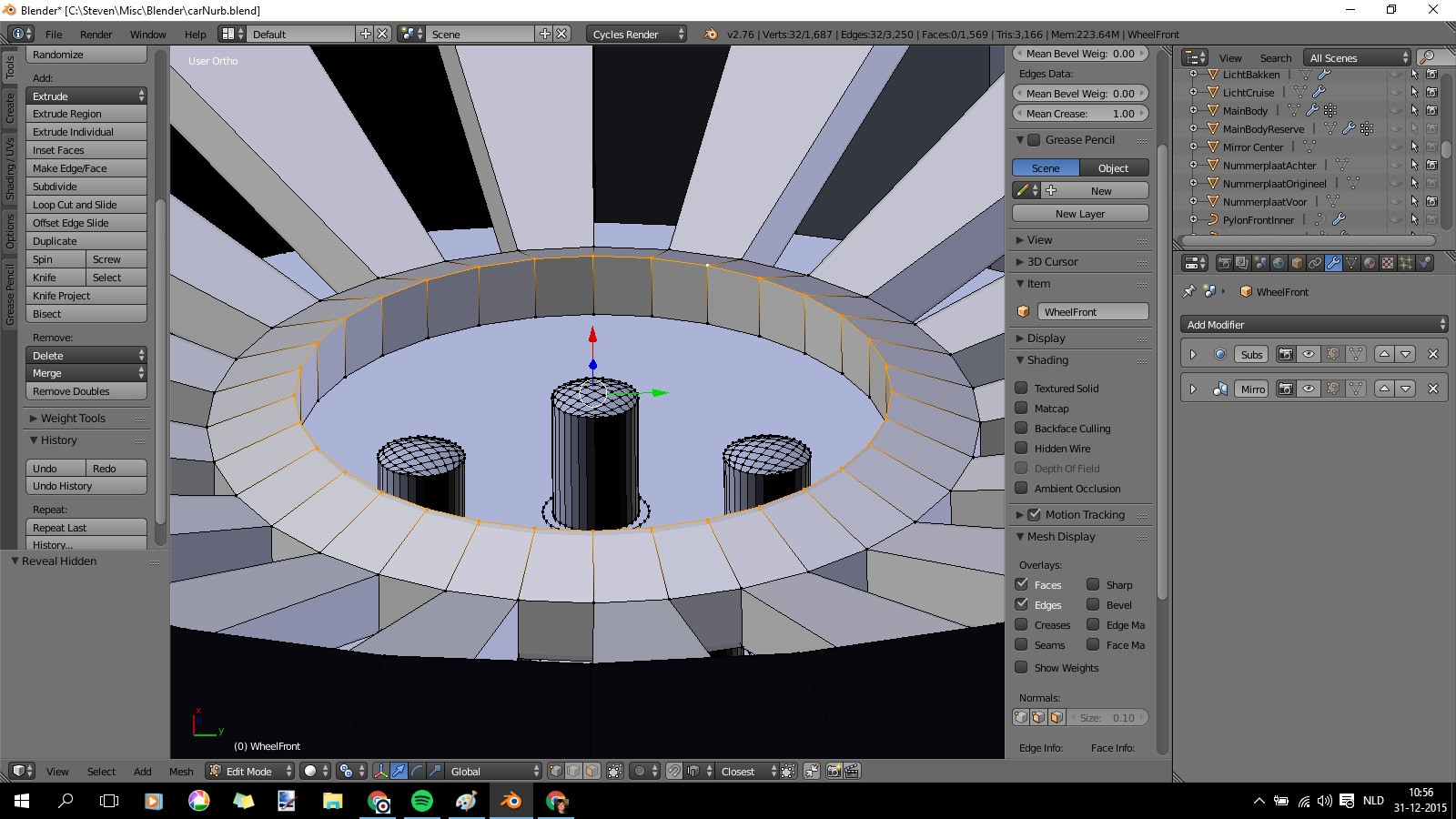 If it was possible to Grid Fill the selected edges, you would get edges that are shared by 3 faces.

It is technically allowed topology, but is not considered correct topology. Most tools don't produce this awkward topology because it is rarely desirable due to how normals and subsurf are calculated.

In the image above I duplicated the edge ring so it isn't joined to the original edge ring, then did a Grid Fill. If you really wanted to make a problem mesh you could remove doubles and it would merge the edges. But you will not be able to force the Grid Fill to produce mesh results that are considered bad.

Adding a tiny bit to @zeffii's answer (who described the essence of the problem - edges shared by more than 2 faces, that will become non-manifold); here's another example on which topology the grid fill will and will not allow, resembling your case:

First bevel the edge loop where you want to create the face with Ctrl+B, then delete the resulting new face loop and grid fill the two boundary edge loops separately.

This process fills the top as you want, but keeps the geometry "nice" and manifold with good topology.

4
Simple edge loop won't Grid Fill
4
Integrating edge loops in grid fill surface
4
Connect vertices where they would meet, not fill?
1
Delete hidden connected face "inside" the mesh
6
Reduce width of a loop type model
0
Why is snapping to the Grid in Blender 2.8 not (always) reliable for precision for centimeters?
1
Winding coil using a conical shape for 3D printing