How to cut cylinder in a bending shape without deformations?

First message in blender but after hours trying to find a solution, I need help from you guys!

I would like to draw with 3 lines a sharp curve, in which a cylinder will follow them and be cut at the meeting points without deformation (like a rigid object). Of course there will be superpositions of the pieces of the cylinder if there is no deformation to take the curve, but this is perfect because I would like to know the shape of this superposition.

Like that I will know how I have to cut the cylinder (so remove littles triangles) to shape it exactly like the curve.

so 1) Do you know a tool to design just lines linked together to design the shape (path is not good because it s not a curve I need, but a sequence of 3 lines changing direction at nods points), 2) I can I do to force the cylinder to take the shape of the 3 successive lines and tell me the superpositions parts?

Thank you so much!!! 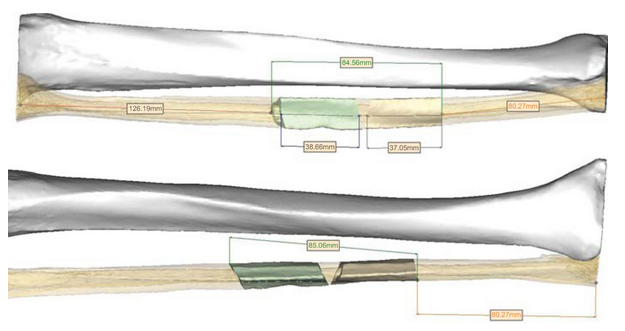 To get straight lines using the bezier curve you can set a low amount of resolution: 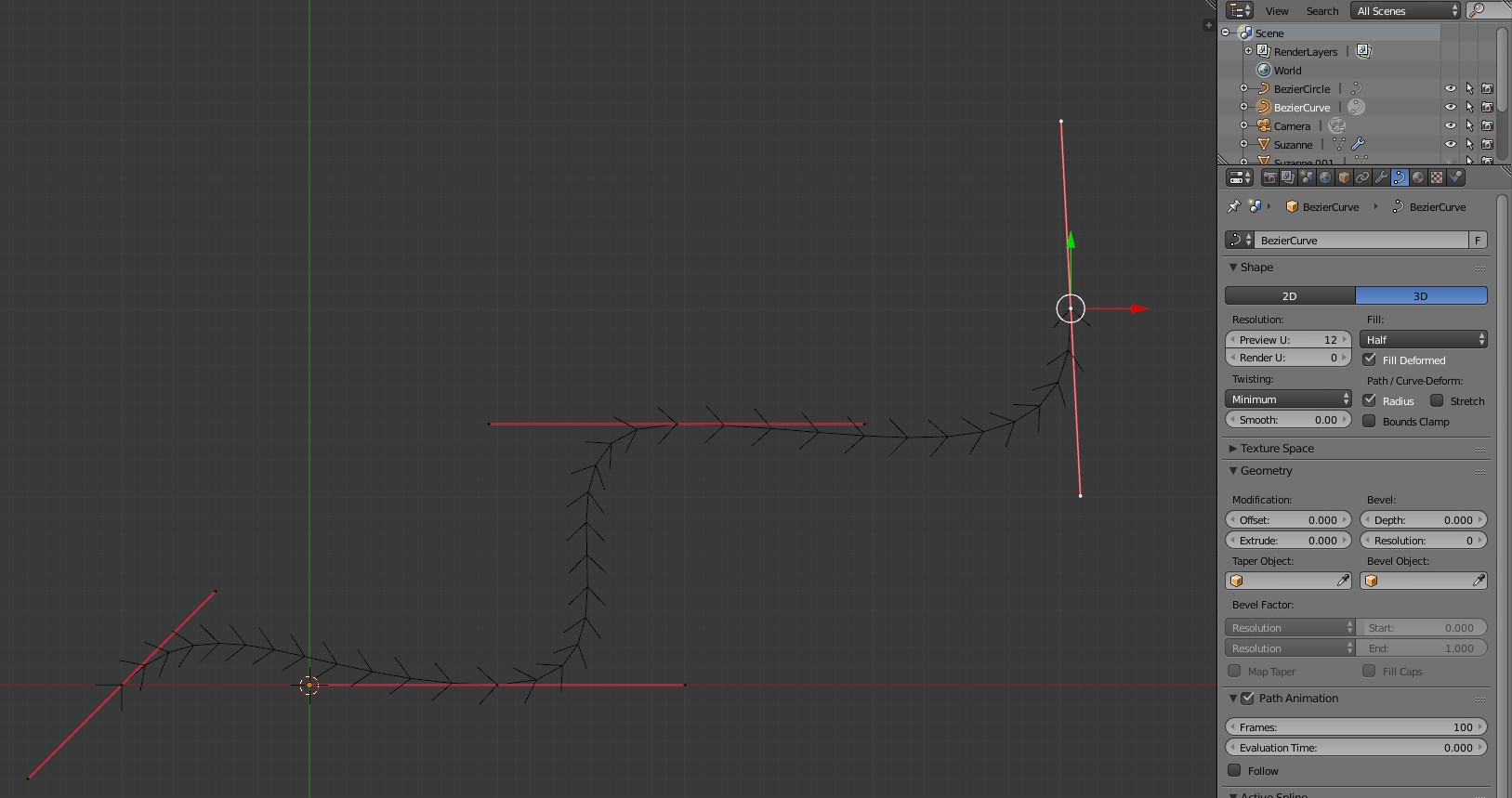 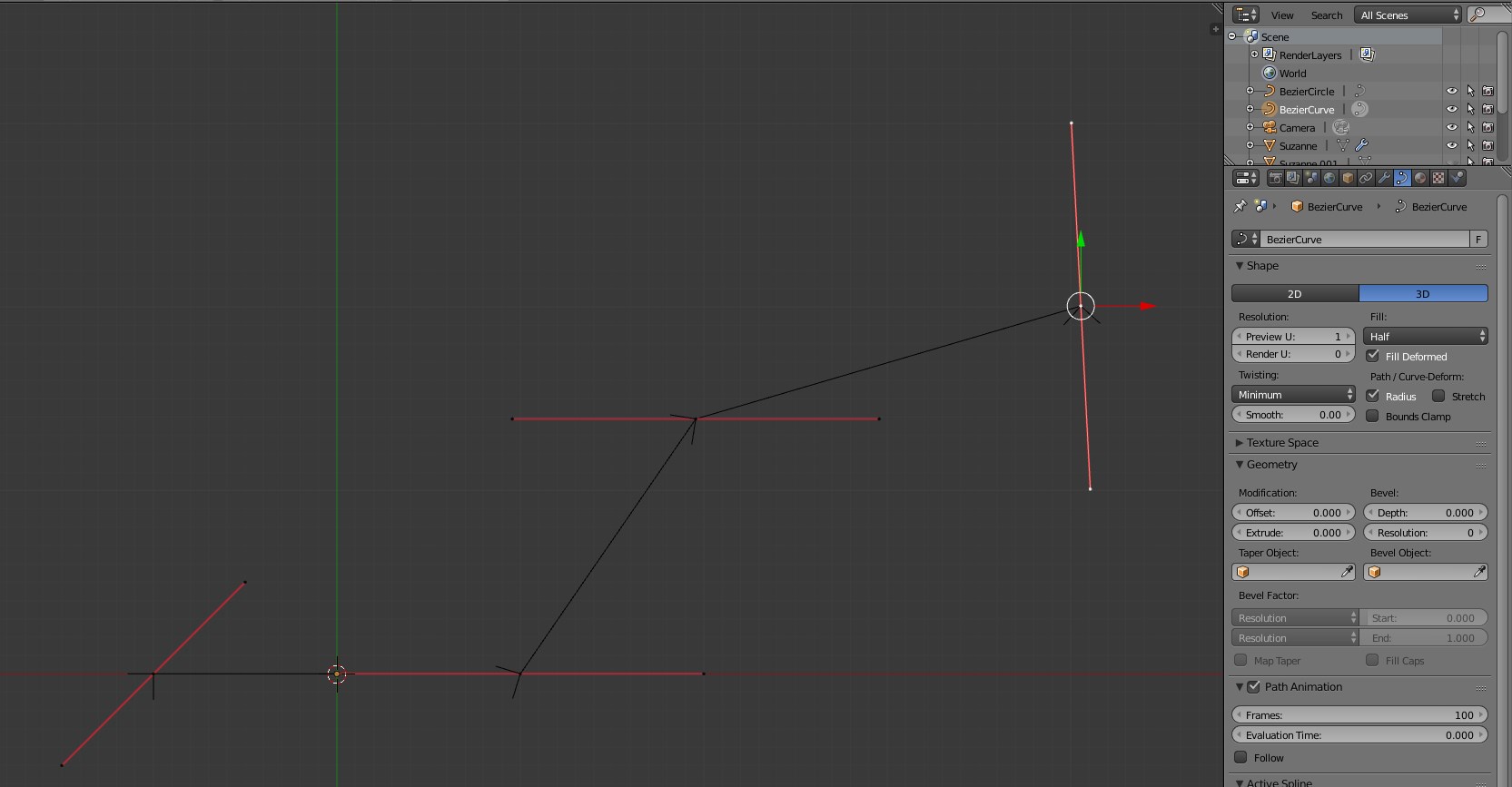 (You could even draw the path as a mesh and than convert to a curve with Alt+C to get a similar result.)

Than assign as a "Bevel Object" of the curve the wanted profile section. 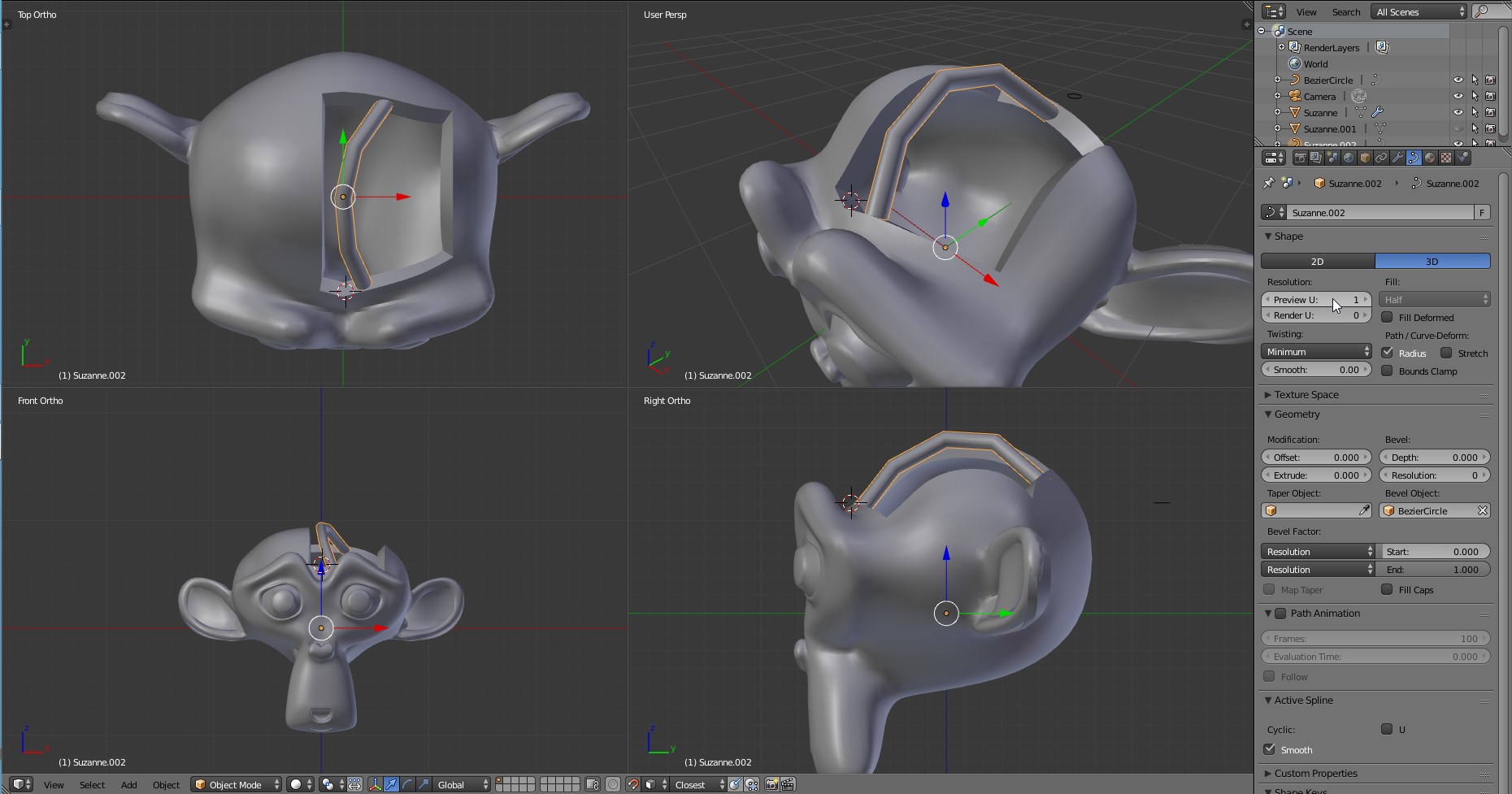 To get the individuals cylinders, you can enter in the curve edit mode, select a pair of adiacent vertex and than separate them from the curve object with the P shortcut. Repeat the process for every couple of vertex of each segment. 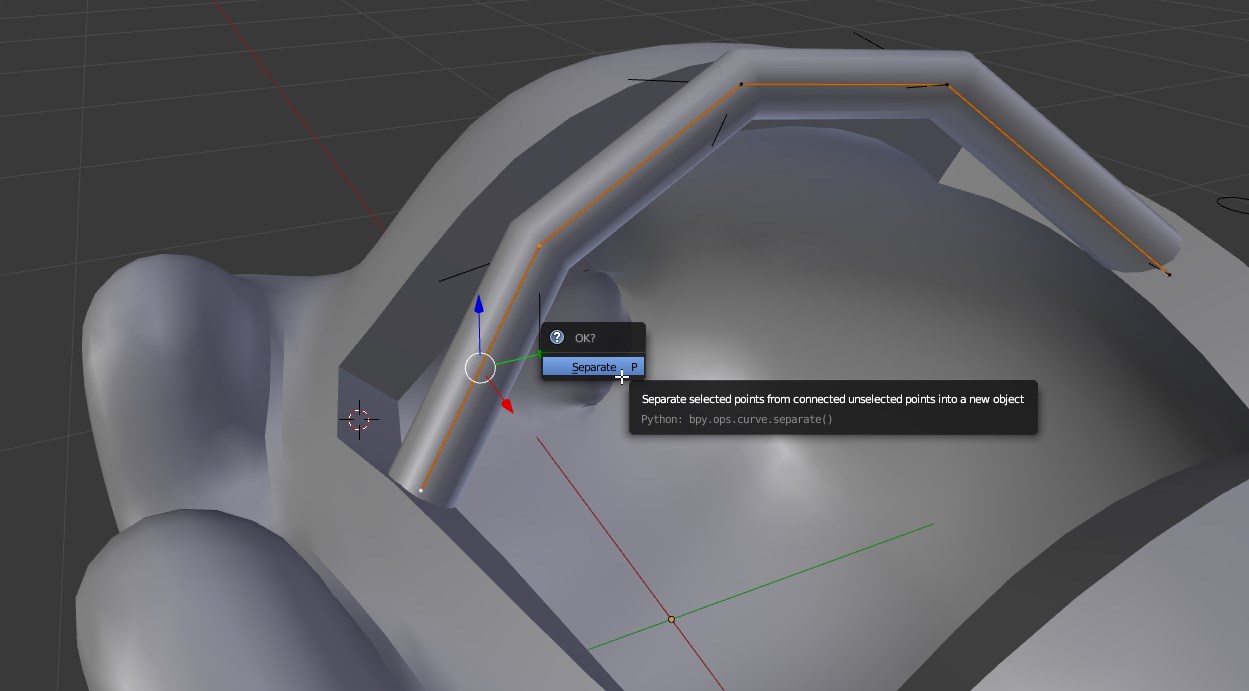 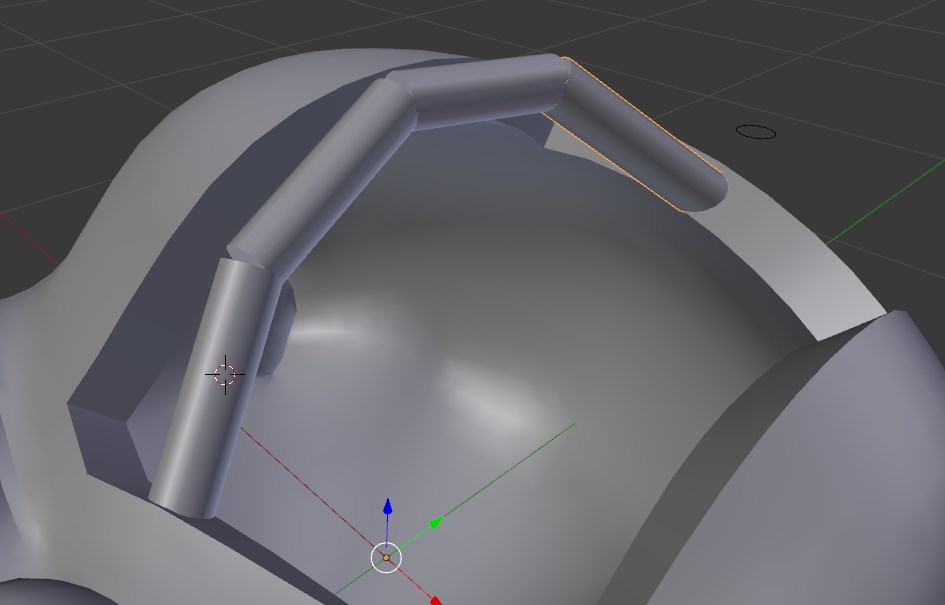 Now that we have individuals cylinders that follows the given segments of the path, we should convert them to mesh to operate with Boolean Modifiers to get the shape of superposition parts (intersection) and the cut shape (difference). 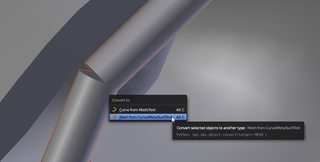 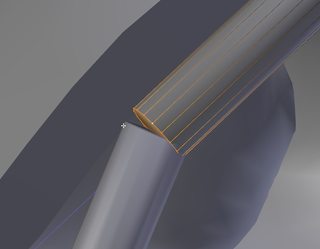 While in edit mode you can translate the cap faces along their normal to extend the cylinder to the chosen lenght. 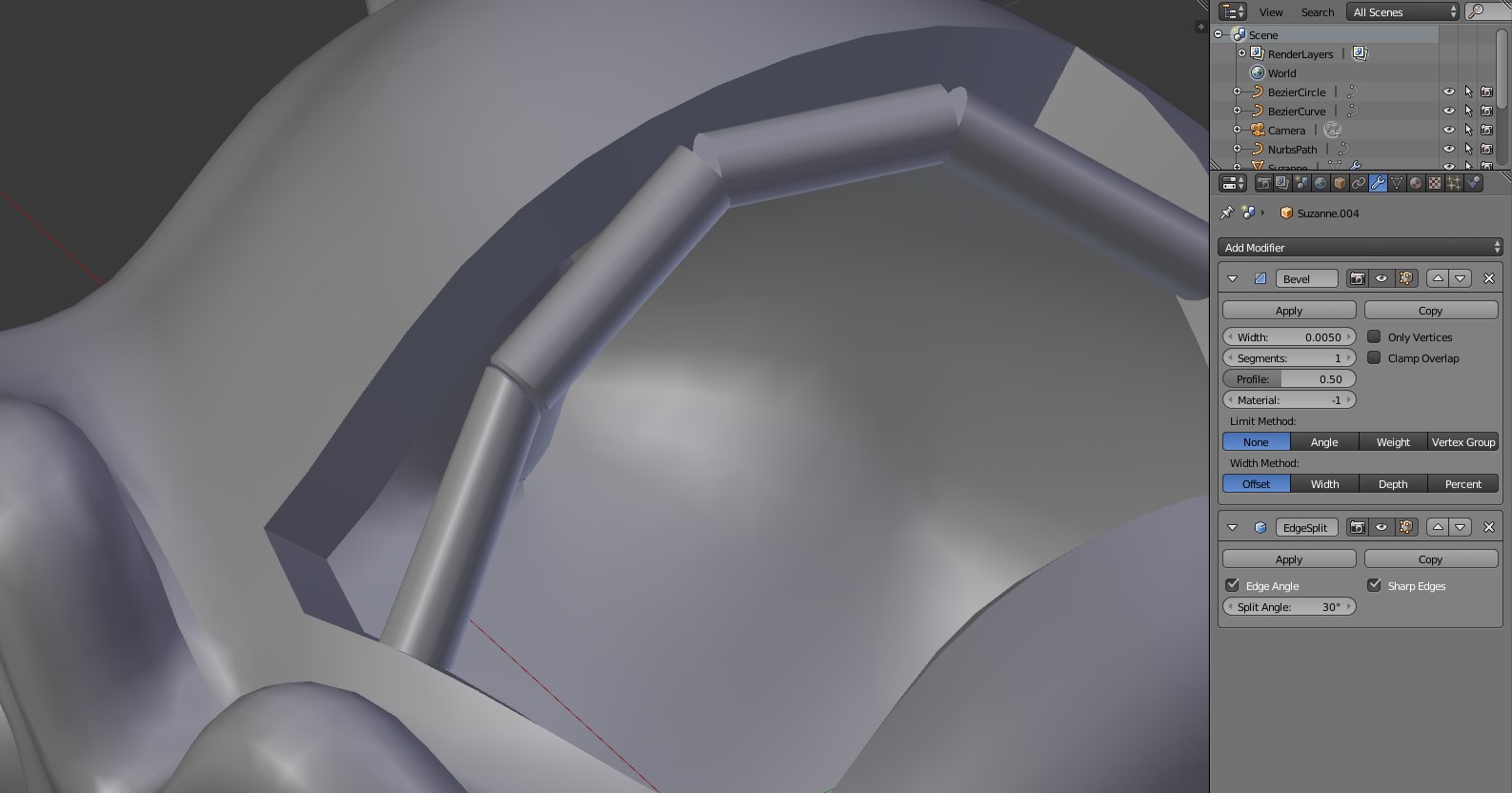 If you can use not only rect cylinders but also oblique cylinders to avoid the part in which you have to bool the parts (can be tricky), you can convert th curve to mesh before splitting and than Rip (V) the edge ring on the path angles and than slide it slightly. 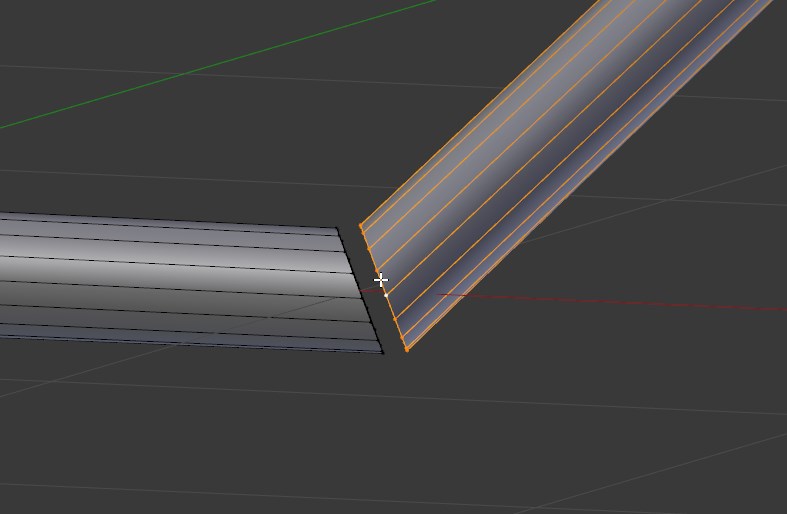 2
How modeling a complex object into a shape draw by a sharp line?

5
Breaking a cylinder into sections in blender
2
How modeling a complex object into a shape draw by a sharp line?
0
How to sharpen edges on part of a cylinder
1
How to keep triangles connected and the same shape, while modifying/transforming?
1
how can I model sculpture parts and exporting them for laser cut without distortion?
0
How to create a very shallow rounded edges bowl shape in the side of a cylinder?