I'm trying to render a cityscape, but I get some weird dark patches on the buildings all the time. The scene is just conceptional, so it's all without textures or fancy reflections/ transparacy. The buildings are also really simple (most of the time just cubes)

It kind of looks like the effects you get when you have two faces at the same position, or your normals are screwed up. (It's neither of those, I already checked that.) On the buildings close to the camera it's just a little dark lining along some of the edges here and there, but the further the faces get away, the worse it gets and somtimes a complete face is completely dark.

Meddeling with the light sources or shadow functions doesn't seem to do anything (except disabeling either the "cast" or "receive" shadow option for the material, which stops the effect)

Oh, one more thing, it all really started, once I increased the maximal clipping distance (the city is qite large), even though I don't know if that is the source.

Does anyone have an idea how to fix this?

If you change the start clip distance on the camera to a higher number the black edges disappear. 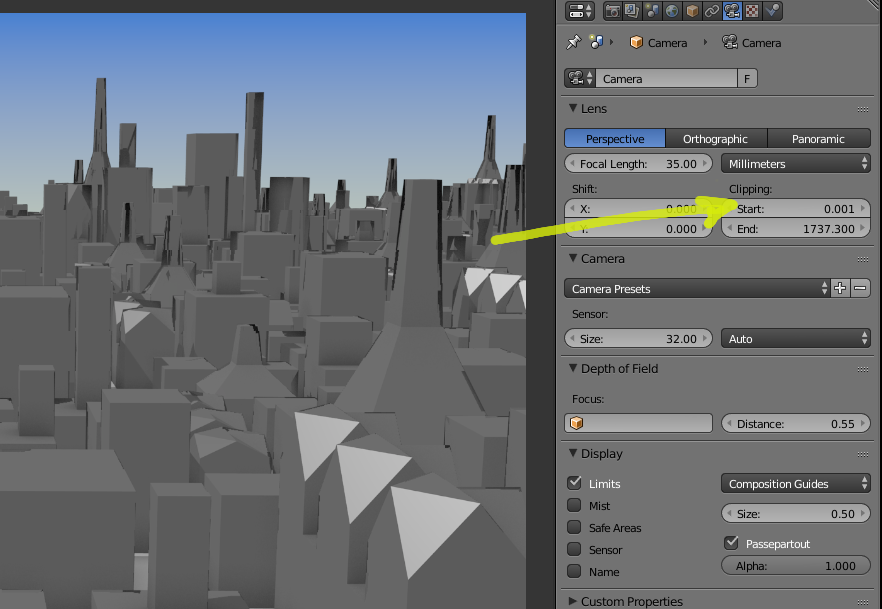 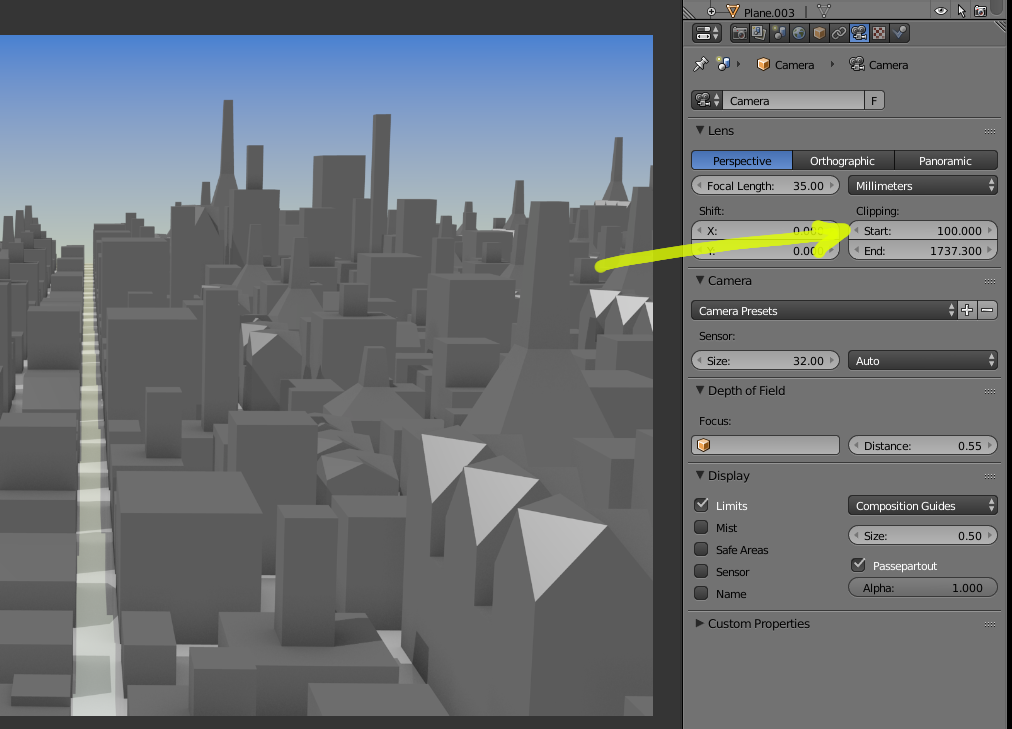 The reason for this has to do with how blender approximates the calculations for the Z-Depth within the clipping distance.

In this other link: https://discoverylinux.wordpress.com/2011/10/08/guida-eliminare-il-flickering-in-blender-2-5/ the author recommends keeping the start and end clip distances to contain only the geometry in the scene for better precision.

Not the answer you're looking for? Browse other questions tagged rendering shaders or ask your own question.

6
Need advice for creating a simple scene with very large dimensions
5
What are the implications of a very large scene (scale-wise, relative to the default cube)?
4
Faces become distorted, strange and look glitchy when looking through camera view
1
Blender Cycles Render errors when dealing with a scene with very large dimensions
1
Viewport Artifacts when working with big scales
0
Is it possible to change the far clip distance more than max value?
1
Black areas in final render

50
How to illuminate the darkness inside glass objects in Cycles?
1
simple UV map on a cube gets rendering artifacts near edges
0
Weird Shading Issue
0
Weird shading when using Cycles rendering
0
Shading effects not showing in layout
0
All black rendering