How to use blender command lines in OSX?

NB: This is a revised and updated version of my original question. You can also see the relevant discussion on meta as to why it was closed and reopened.

On June 29th I asked what I thought was a very simple, straight forward question: Can files be queued for animation? The answer, basically, was yes, if you do as explained in the manual on the Render/Command Line page:

Although it didn't explain that the word 'blender' in the syntax means the entire path to blender (or does it?), I worked it out (or did I?). Maybe that is considered to be common sense? (This could be an indication of where the problem lies!)

Now, for those of you who asked: There are two ways that I can start blender from the command line. First open Terminal. It looks like this:

1 - Type 'open' and space at the command line, then drag blender.app from /Applications/Blender/: 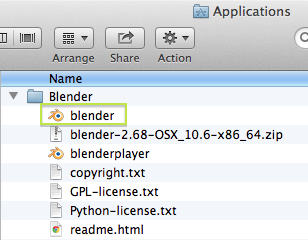 Press return, and blender opens, then if you quit Terminal, blender quits too.

2 - Type 'open' and space at the command line, then drag blender (Unix Executable File) from /Applications/Blender/blender.app/Contents/MacOS/: 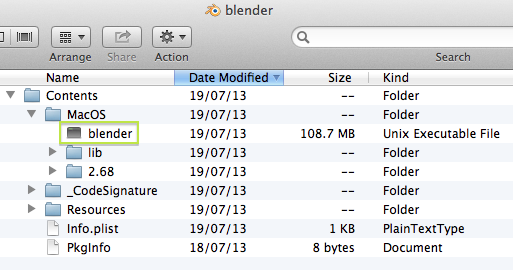 Press return, and blender opens, and another Terminal window opens with:

then if you quit Terminal, blender quits too.

Now back to the issue. Since I first asked this question I have been told several times that I must set up the $PATH environment variable. I thought I had done that but now I'm not sure!

I typed sudo nano /etc/paths at the command prompt:

Then return, and got this: 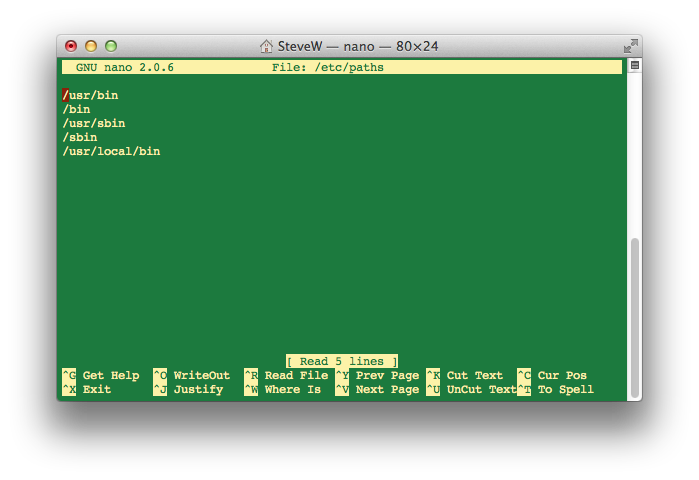 Then I added the path to blender: 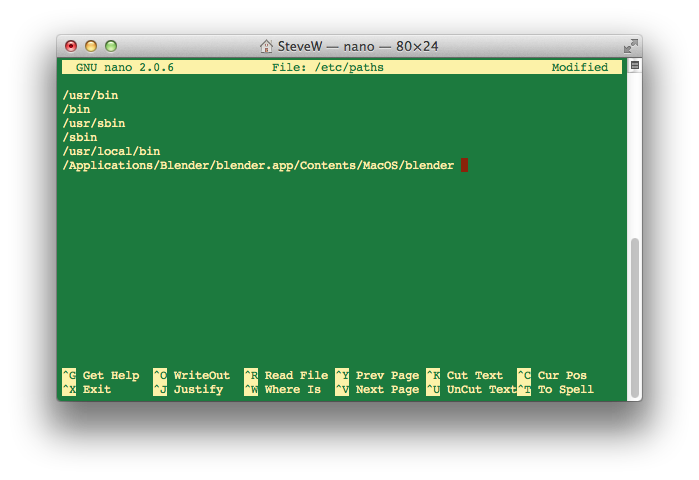 and saved it. Then to check it I typed in echo $PATH and the result shows the path has been added:

I have a feeling this path is not the correct one for $PATH. This is the result of an attempt to do a background render:

I tried what Aldrik and zeffii suggested, to change the $PATH variable setting to /Applications/Blender/blender.app/Contents/MacOS, then attempted to do a background render only to have blender quit before doing anything: 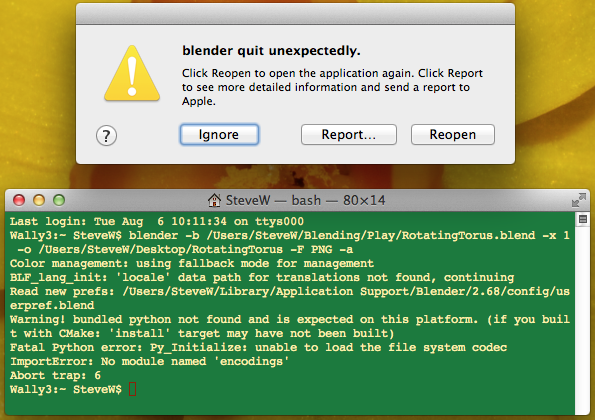 Then, after some searching, I found this: 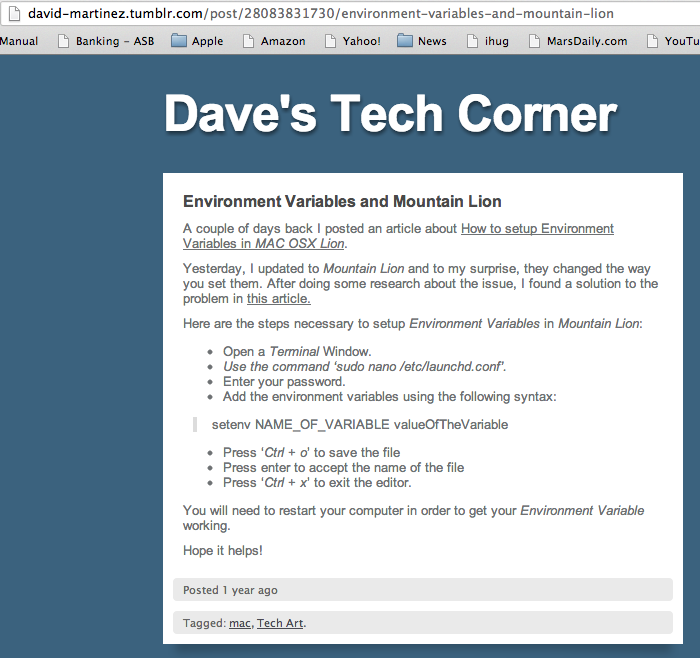 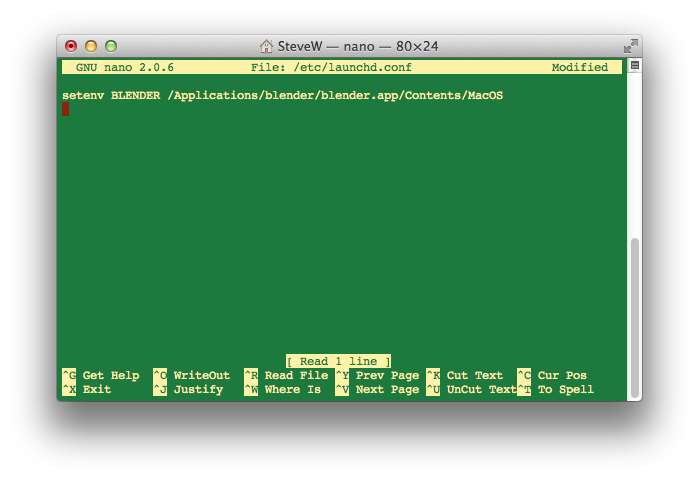 Execute the following command in the terminal, then open a new terminal window and the blender command should work as expected:

What this command does is add the following line to the end of /Users/SteveW/.profile:

I strongly recommend to not mess with PATH or any other environment variable for this, it only makes things more complicated, there's no reason to do so when you set up the alias correctly.

On recent versions of macOS, .profile is not used. Use ~/.bash_profile instead.

Now that you have the PATH set, it's actually now working. But you have a new issue:

Warning! bundled python not found and is expected on this platform.

As pointed towards in stacker's answer, you can tell Blender where it is by setting:

I suspect after that you may also need to set:

Note you will need to bump the version numbers in the above paths for future versions of Blender.

An easier option to all this may be to just create an alias to open like so:

I'm not a OS X user so have not tested the above.

The error 'command not found' means that the command is not found in the $PATH environment variable.

If you installed blender as described in the Wiki Installing Blender on Mac. The executable blender is located in /Applications/Blender/blender.app/Contents/MacOS

You could simply open your terminal and enter

Not the answer you're looking for? Browse other questions tagged rendering command-line osx or ask your own question.

34
Is there a way to batch render multiple scenes?
19
Can blend files be queued for animation rendering?
2
Blender crashes when started from the command line
2
How to build Blender with edited blender_icons?
0
Is there a way to render on my NVIDIA card without having to run the entire Mac OS on it as well?

1
Blender won't load UI text when opened from the console on a Mac
2
Blender crashes when started from the command line
1
Node.js spawn for command-line?
4
How can I convert a file with the command line?
0
Unable to Pinpoint Script Error
3
I can't export my BGE game as .app
2
How do I send multiple command line commands to the same Blender instance?
1
How to export mesh object to FBX from command line?