How do you create the bone/armature structure for a 4-bar linkage?

I have a four-bar linkage system in Blender and I need to animate it with bones and armatures. The meshes are in the initial position to start, I just need to create the constraints to keep all 4 linkages together. Normal bone structures are serial or tree linkages, with each child bone only having 1 parent bone. As I understand it, I need a way to make 4 bones all connect together. I do not know if there is a way to have multiple parents, or if there is a way of mimicking the parallel behavior with a serial manipulator. How do you create the bone setup and vertex groups for a parallel linkage? Does this make sense?

This is the wiki page for a four-bar linkage system, in case that helps.

I see something similar here, but I don't quite get how they got to the answer. (Like a math question with an answer provided, but no work to show, as I understand it.) 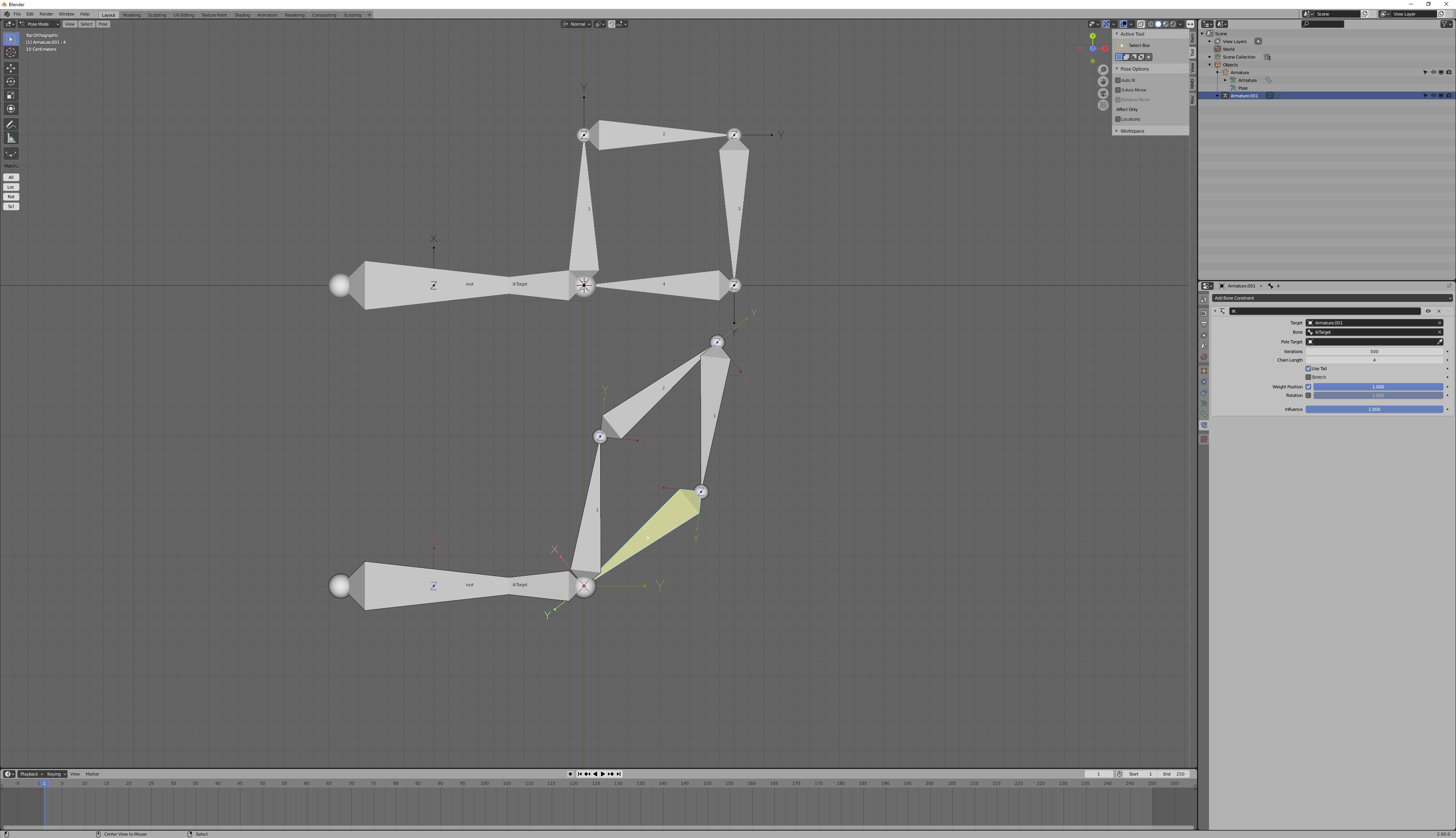 That's your basic parallelogram IK, used for a lot of mechanical rigging. Note that it doesn't have to be a parallelogram-- if you build it with different lengths for your bones, different angles, it still behaves properly.

The IK target (and the first bone of the IK chain) is parented to root, while the last bone, "4", has a 4-bone-long IK bone constraint targeting the IK target. No matter how you rotate the bones, the lengths will not change.

To adjust the structure, you rotate the IK controlled bones.

9
How can a mechanical linkage with a closed loop be rigged?

5
Separate/convert bones into their own armature
1
Trouble connecting bones and finding the right orientation for a spine
1
Can you apply an action to an armature that has more bones than the one that created the action?
1
Copying Action From One armature to Another armature
2
how to use the slider of the shapekey value for moving the shapekey and the bone connected to it
0
How can I constrain a bone to follow another bone from the same armature?