Piping cream through a piping tip

I would like to simulate piping of a cream through a piping tip. I modeled the piping tip as you can see. I added a soft body to the cylinder, and then I set the piping to collision. But for some reason it doesn't go through instead it stops midway. I would like to render an image of the cream after deformation. 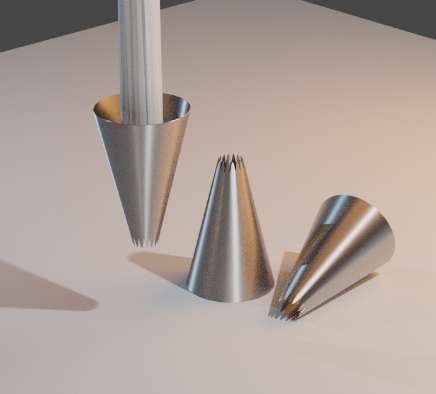 Do you have any idea how to create such an effect?

in general same system (domain / inflow). I just wasnt able to setup enough viscosity without strange behaviour of particles. This area doesn't seems to be covered in Mantaflow solver. You can find a parameters in Physics Properties editor under Diffusion, but from what I saw on net, most thick liquid is still too far from cream with ability to keep a form.

For more details check this intro

To expand on my comment, and if you only need the moment the cream passes through the tip, an easy way to fake it would be to pass a cylinder through a lattice. 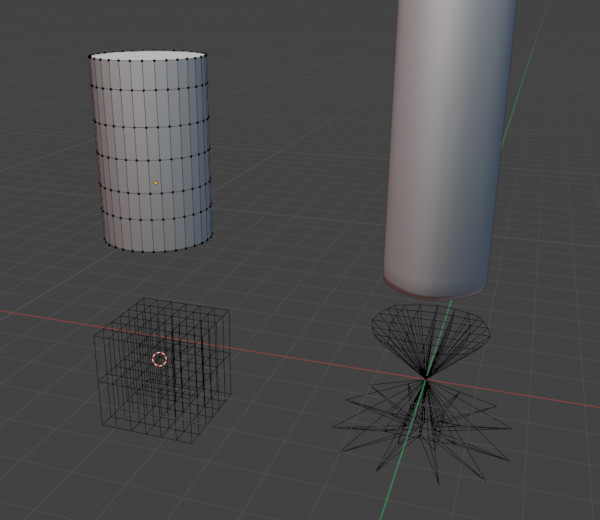 Start with a cylinder with a few edge loops and a subdivision modifier. Add a Lattice with an uneven number of U and V divisions and 3 W division. Scale the middle W to zero, then make the bottom of the lattice into a star shape matching the shape of you tip.
Add the lattice modifier to the cylinder and now, moving it along the Z axis will deform it as if it'd been through the tip.

Now, this is obviously just a quick and simple way to fake it, and you might need to use more complicated softbody or fluids simulations if you want more realism. But I thought it was worth pointing out this technique.

Being a curve addict here is a solution using bezier objects for this.

Create varying bezier curve shapes for the foreseeable piping bag tips you'll be using. These were created from mesh circles with different number of segments and converted to bezier curves after the fact.

Create a taper object. This curve will be used to control the shape/width of the piped cream along its length. Position along the Y axis of the mid vertex will set the width of the puff at its widest point.

Create a bezier curve object for the piped cream itself. Optionally give it a twist with the Tilt function (Ctrl + T in Edit Mode). Adjust its shape length and twist as desired.

Set the Taper Object to the taper curve created above and set the Bevel Object to one of the desired sections.

Turn on the option Map Taper so the bevel isn't clipped but instead "slides" along its length.

For added dynamism you can create and animate the influence of additional shape-keys in both the taper and main curves, to simulate gravity squashing and the elasticity of the cream.

12
Curve Bevel function, scale?
7
How to make a curve behave like a squeezed tooth paste (to born from a moving object but to stay on ground)
7
Extrude a bevel on a spiral
3
Logarithmic curve with spiralling cross-section
0
Is there a way to make the liquid stick to a mesh ? Instead of sliding off

2
How to make a soft body stay static and not vacillate at all?
4
Squeezing shape by another one
7
How to get the physics engine to wraps a string around the moving part of a motor constraint?
1
Soft Body Object-Collision Object Interaction Not Working
3
Soft Body object going through object with Collision?
2
Unexpected behaviour on soft body collisions
8
How can I make string tighten around a soft object