I'm making a lightsaber, and I'm pretty much finished, I just want to smooth it out a bit without loosing my sharp edges. I added a edge split mod, but some of the edges become disconnected from the rest of the object after the sub surf modifier is added. How can I fix this? 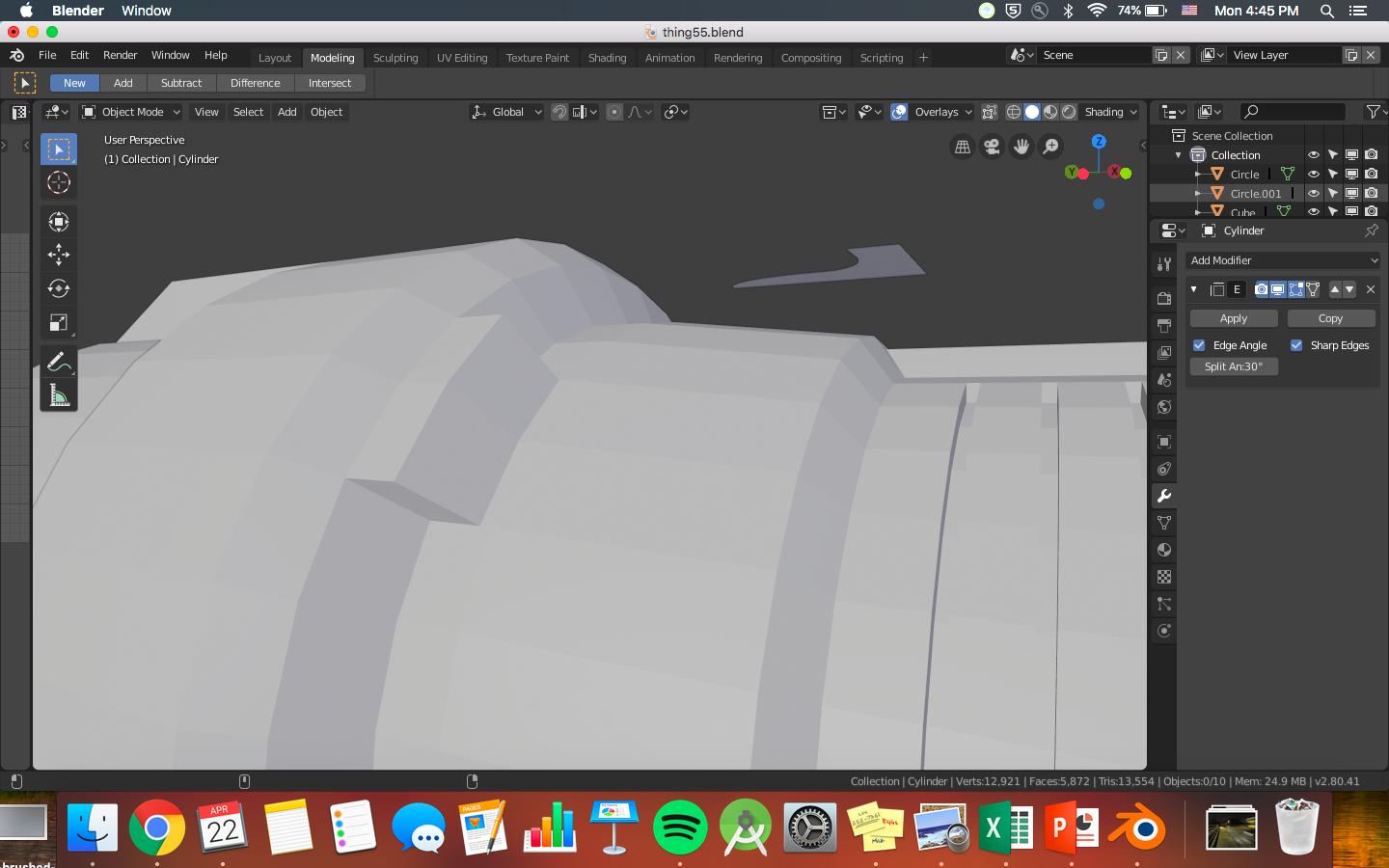 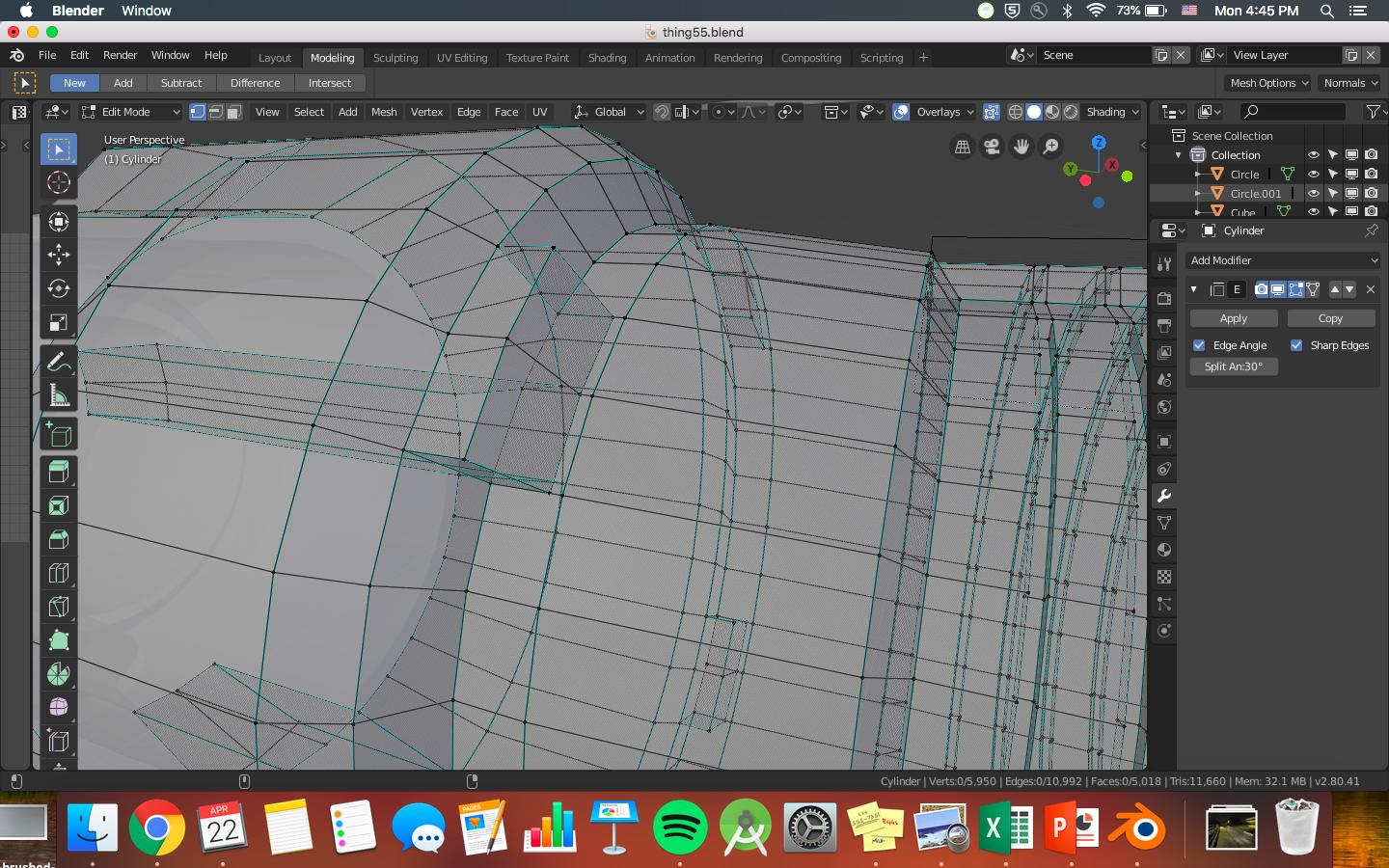 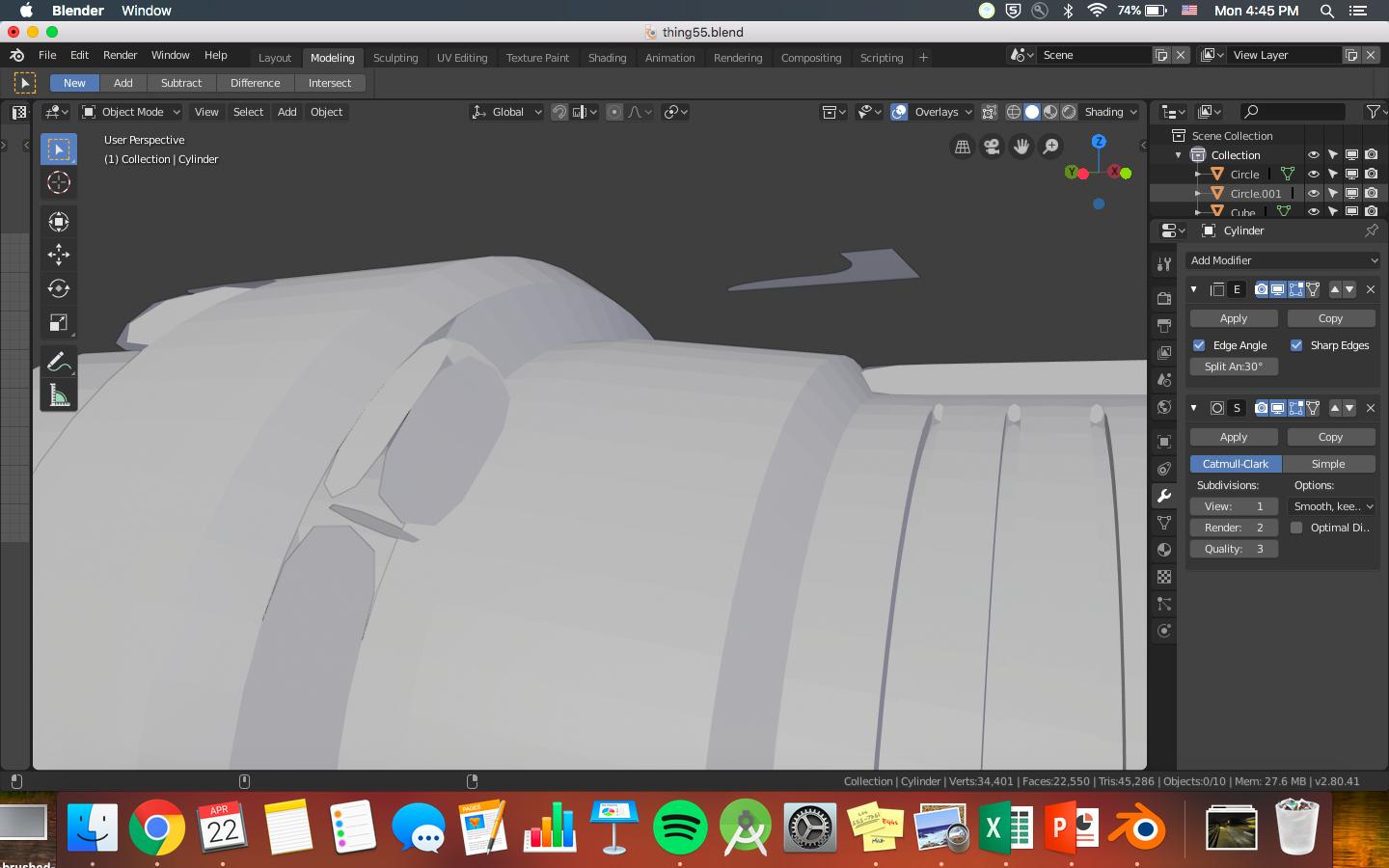 The edge split modifier affects the angle above which a corner will be treated as sharp by the Shade Smooth setting. It does that (I assume) by telling Blender that the faces are discontinuous (i.e. split) at those edges. So if you then apply a subsurf to those faces they get rounded off at free edges, which is what you are seeing.

If you want the subsurf for other reasons, then just move it above the edge split modifier in the stack. Use the little white arrows in the top right of the modifier panels to do that.

It looks like you might want to try the bevel modifier in order to get the effect you are after. Subsurf and edge split will still be useful to you, but bevel might give you a bit more control over the fine details.