How to isolate emitted particles to a specific Curve Guide?

I'm trying to get musical notes to guide along staff lines. 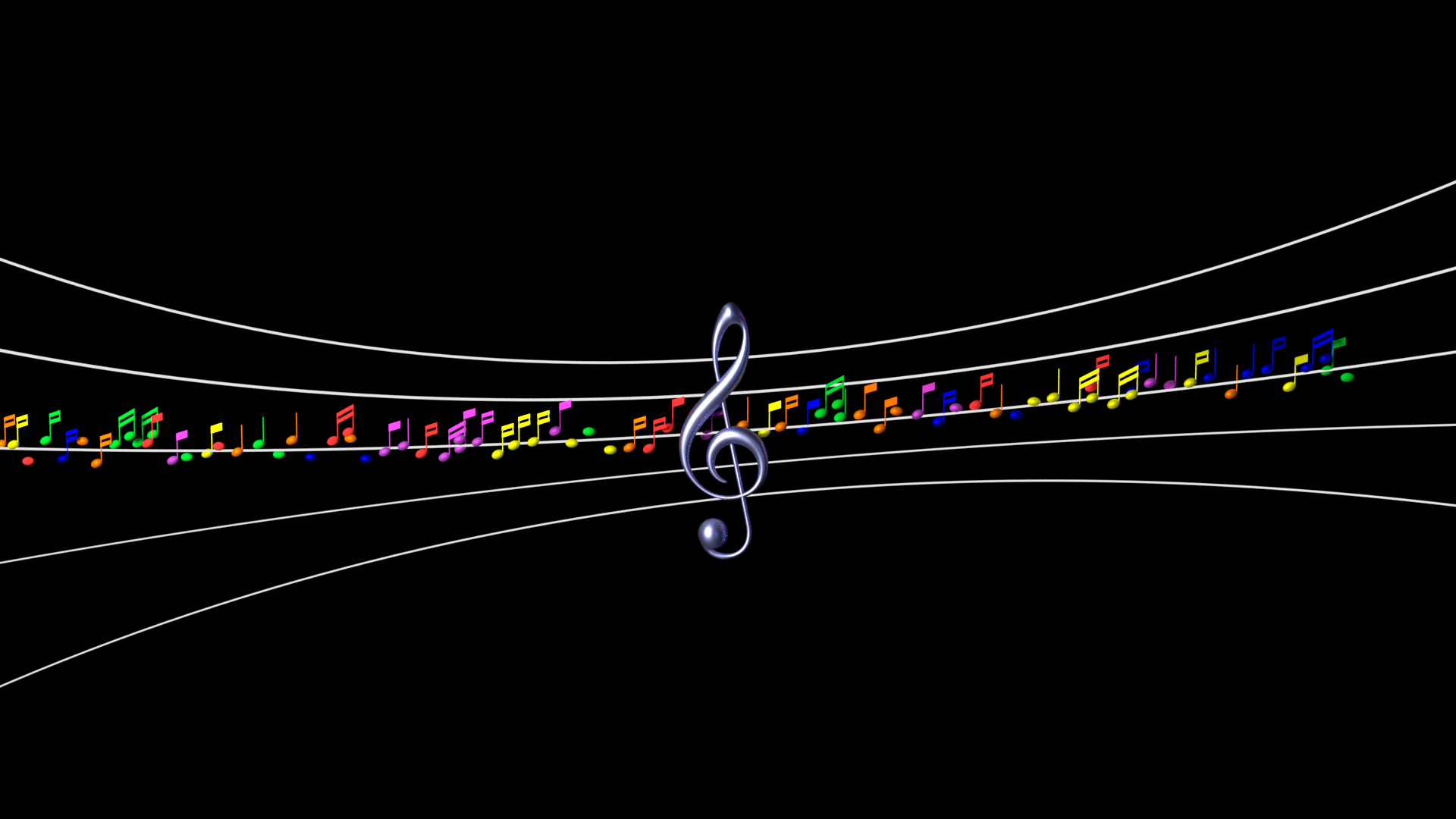 If I have only one emitter and one curve guide they follow it perfectly.
Good Image above. 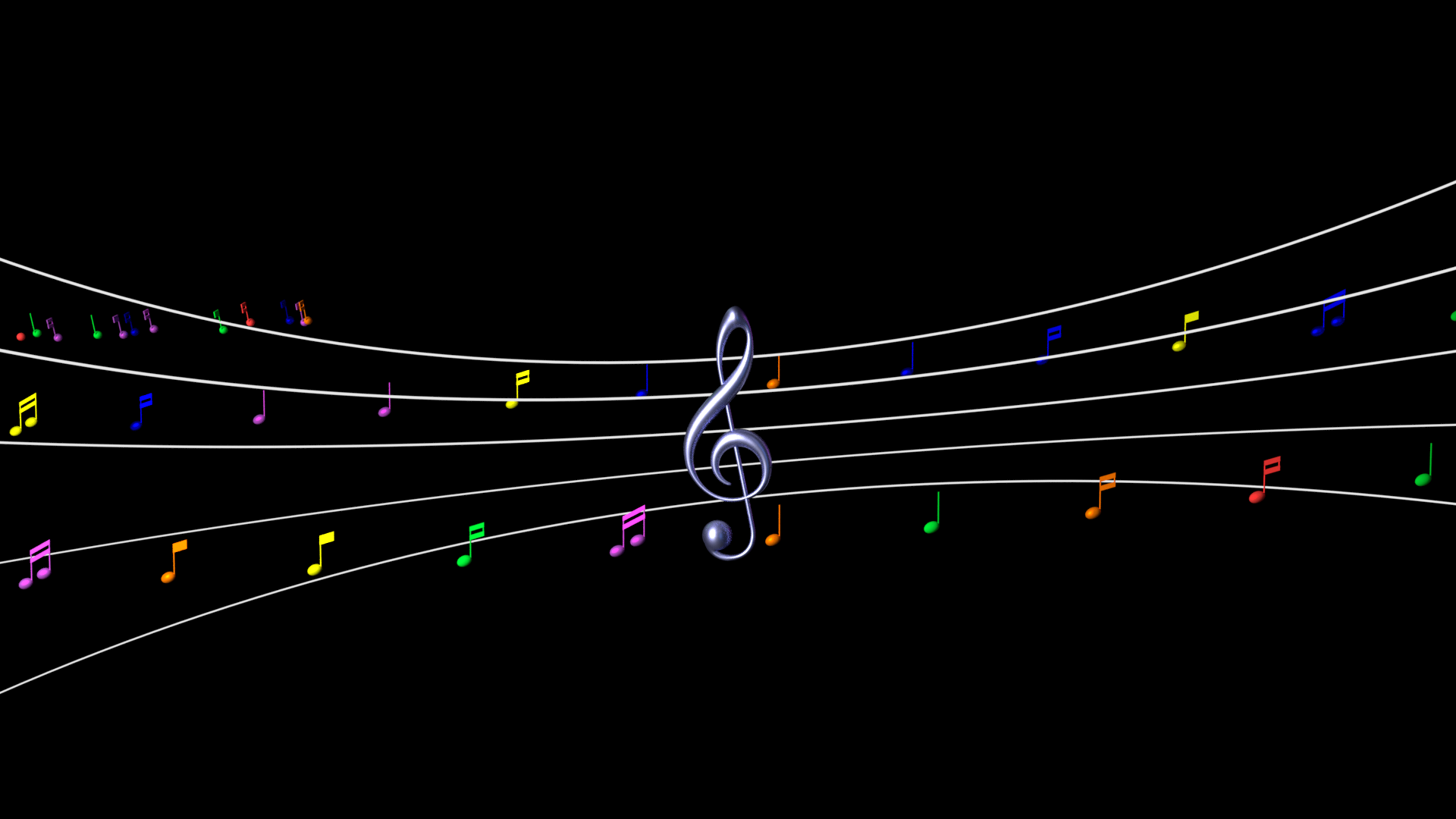 As soon as I add a second curve guide (baby step before adding it's emitter), the notes follow a curve, but its not either of the ones I've put in the scene!

Image B1. Nearly edge on to see the emitted objects adhering to the curve guide: 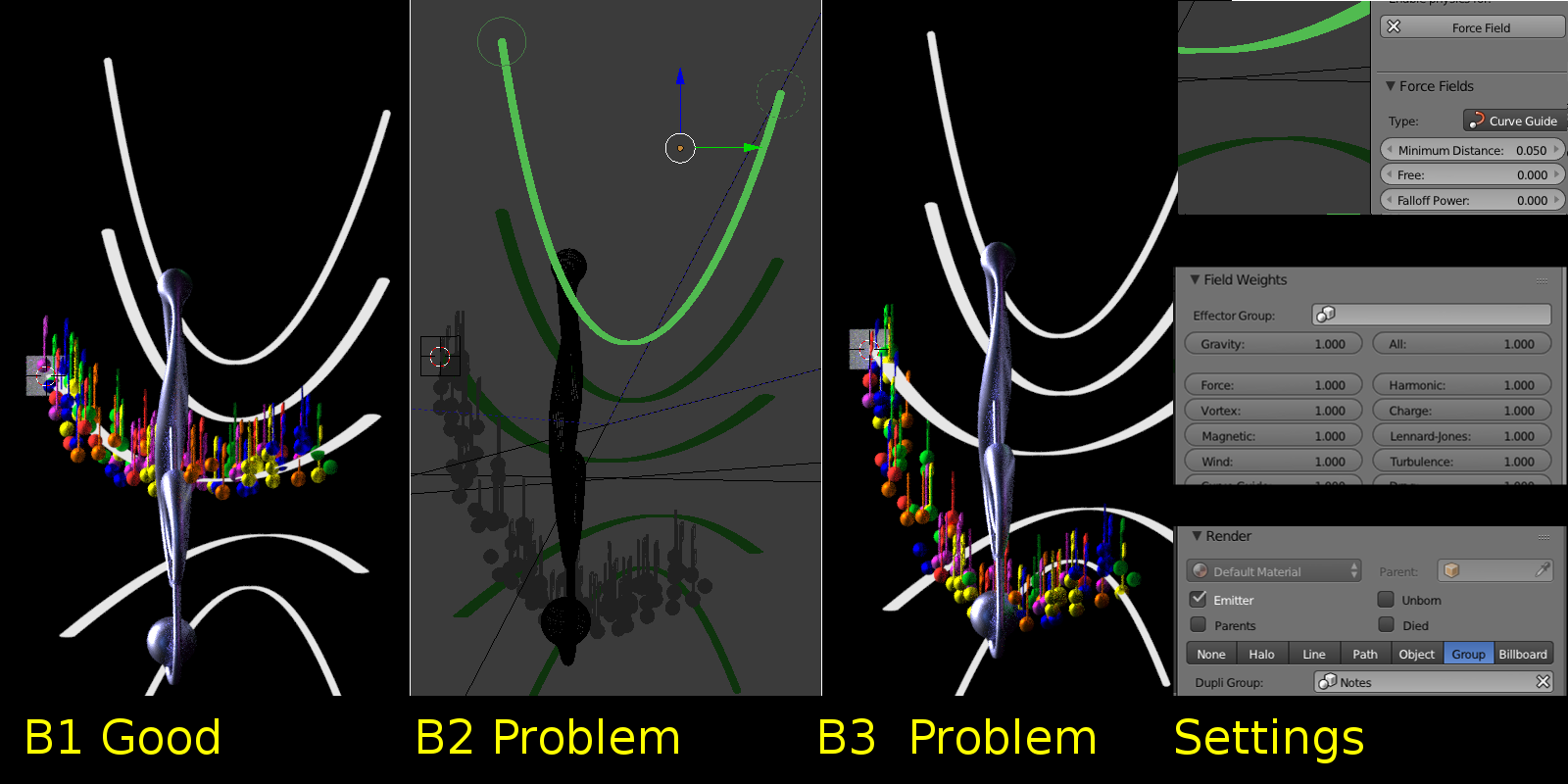 There's nothing special about my Curve Guide settings other than having scaled down the Minimum Distance value with the intention of not having neighboring emitted particles be impacted by this Curve Guide. Curve Guide and Emitter Settings are above.

I've tried a few approaches to get around this, like separating the emitter/curve guide pairs across the Y axis from other pairs to give space between influence of the curve guide on unintended particles, or putting force fields above and below the treble clef to "squish" the particles into the middle. Neither of those approaches worked.

I tried keyed emitters, and that works sort of, with its own problems that would rightly be a separate question here.

So is there a way to tie the emitted notes to a particular Curve Guide? Or do I need to think about compositing?

Try placing each curve with a force in a different group.
Then choose a different effector group for each particle system.

You can also consider a Follow Path constraint. Objects keyframes might well need a script for placement of hundreds or thousands.

2
Emit particles and move particle on this surface
0
Is there a way for particles on a curve guide to collide?
0
How can I make different particles follow many curves in same scene?

8
How can particles be emitted from particles?
3
Control speed of particles on a Curve Guide?
2
2 Particles systems (1 curve guide) Affecting both.
2
How do I make the Particles and Curve Guide Work?
0
How do I get particles to follow an animated path or armature?
0
Structure and arrange emitted particles